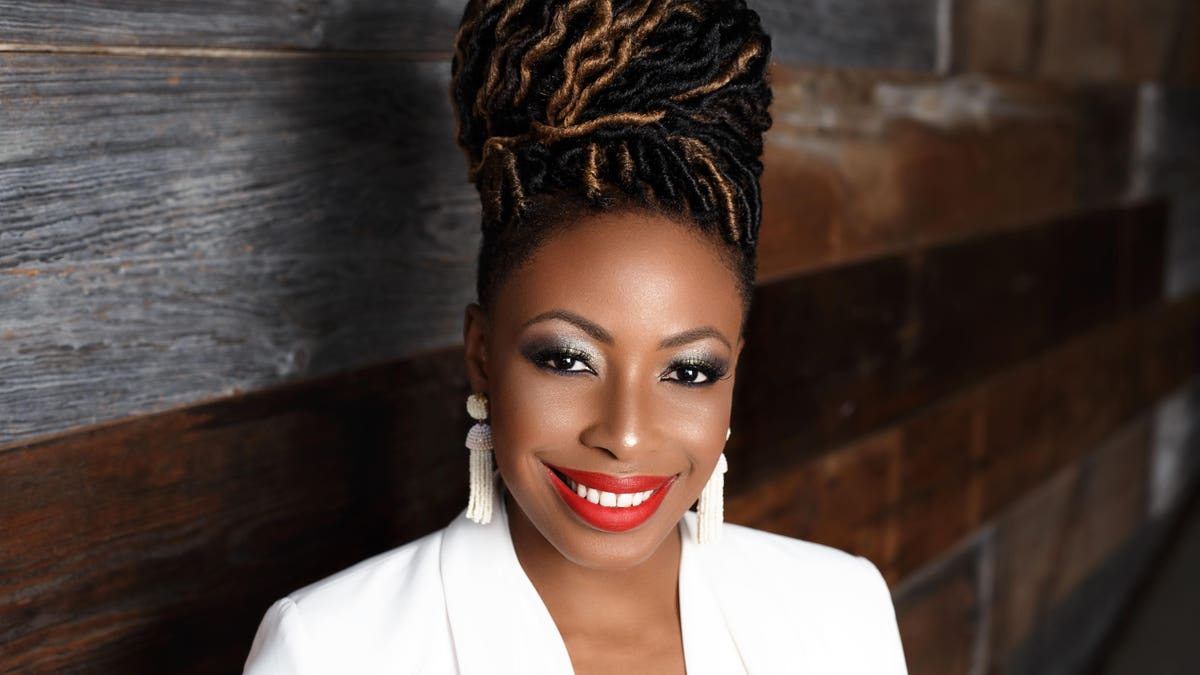 Joy Kingsley-Ibeh, celebrity stylist and the founder of the Kinglsey Model+Talent Management agency (KMTM), serves as a role model for young women within the modeling industry. As a Black woman-owned agency, she is setting a higher standard for talent management. KMTM is a boutique, full-service talent agency specializing in providing diverse talent to fulfill its clients’ commercial, print, runway and specialty needs. It’s models have been featured in top publications and ad campaigns, including British Vogue, Essence and Target. Kingsley-Ibeh also has had the pleasure of styling celebrities like Soledad O’Brien and Rickey Smiley, and national recording artists, Sons of Serendip, for Oprah’s 2020 Vision Tour.

“Now, more than ever, I have understood the importance of who I am in this industry, especially with the whole Black Lives movement,” she comments. “I struggled as a business at first because I never wanted to talk about politics, religion, race. I stayed away from it. I kept it straightforward. I wanted it to be an agency for everyone. For the first time, I had a decision to make after the George Floyd incident. I was like, ‘gosh, do I say something? What do I say? But I have to say something.’ I am a Black woman. This affects me. I know trauma. My father and brother were both murdered…My voice is an important one. Because I modeled, I can relate to what they’re experiencing and what they feel when they go to a job or a fashion show. I’ve been able to provide that kind of safety and teaching and guidance to them based on my experiences.”

Kingsley-Ibeh’s career began as a professional volleyball player playing in the Netherlands. While overseas, she began to notice a difference between American fashion and European fashion. After deciding to stop playing professional sports, she struggled in corporate America. Her family and friends encouraged her to try modeling.

This period in her life was before social media was even a coined term. She found a test photographer for a local agency who eventually submitted her photos. The agency signed her. “It was hard because I would take some paid jobs, barely paid jobs and unpaid jobs just to get the experience,” Kingsley-Ibeh reminisces. In the beginning, she worked her 9-to-5 job while balancing audition calls. As she advanced, she secured a couple of magazine covers and spreads; she participated many times in New York Fashion Week and landed national television commercials.

“In real life,” she shares, “I had to adjust those goals at different times. When I was younger, I wanted to be Naomi Campbell. I wanted to be on a billboard. As the years went by, I’m like, ‘Oh, well, I don’t have a billboard yet. I don’t have this yet.’ I had to adjust my mindset to realize that I’m so passionate about this industry. I love everything that I would do jobs for free, just to be working. I started writing the little milestones that I wanted to accomplish. Once I put it on paper and started checking it off, it made success different for me; it was tangible. I was reaching it, touching it and seeing it. That’s when I started to try to learn more about the business side of the industry because I also knew that as a model, you have a shelf life. You’re either going to age out of it or mentally age out of it.”

In modeling years, Kingsley-Ibeh became a mother figure to the younger models on set. She helped them navigate their careers. She also helped the makeup artists and hairstylists find models for their side projects. The more she helped others, the more she researched how to start a modeling agency.

Also, during this time, she started working for a government agency while studying for the LSAT. The work conditions were subpar and she experienced racial discrimination. While being out of work for close to six weeks, she was able to lay the foundation for her LLC. Additionally, she worked as a celebrity stylist on the side. When the time came for her to return to work, Kingsley-Ibeh invested in herself. Instead of going back, she resigned.

“Honestly, it was the competitive edge to be something,” she shares about her decision to go all in. “I wanted to walk away, knowing I gave it my all…The drive for me was to make my family proud. I wanted to prove a lot of people wrong because I’ve been the underdog the majority of my life.”

As Kingsley-Ibeh continues to pivot and expand her agency, she focuses on the following essential steps: