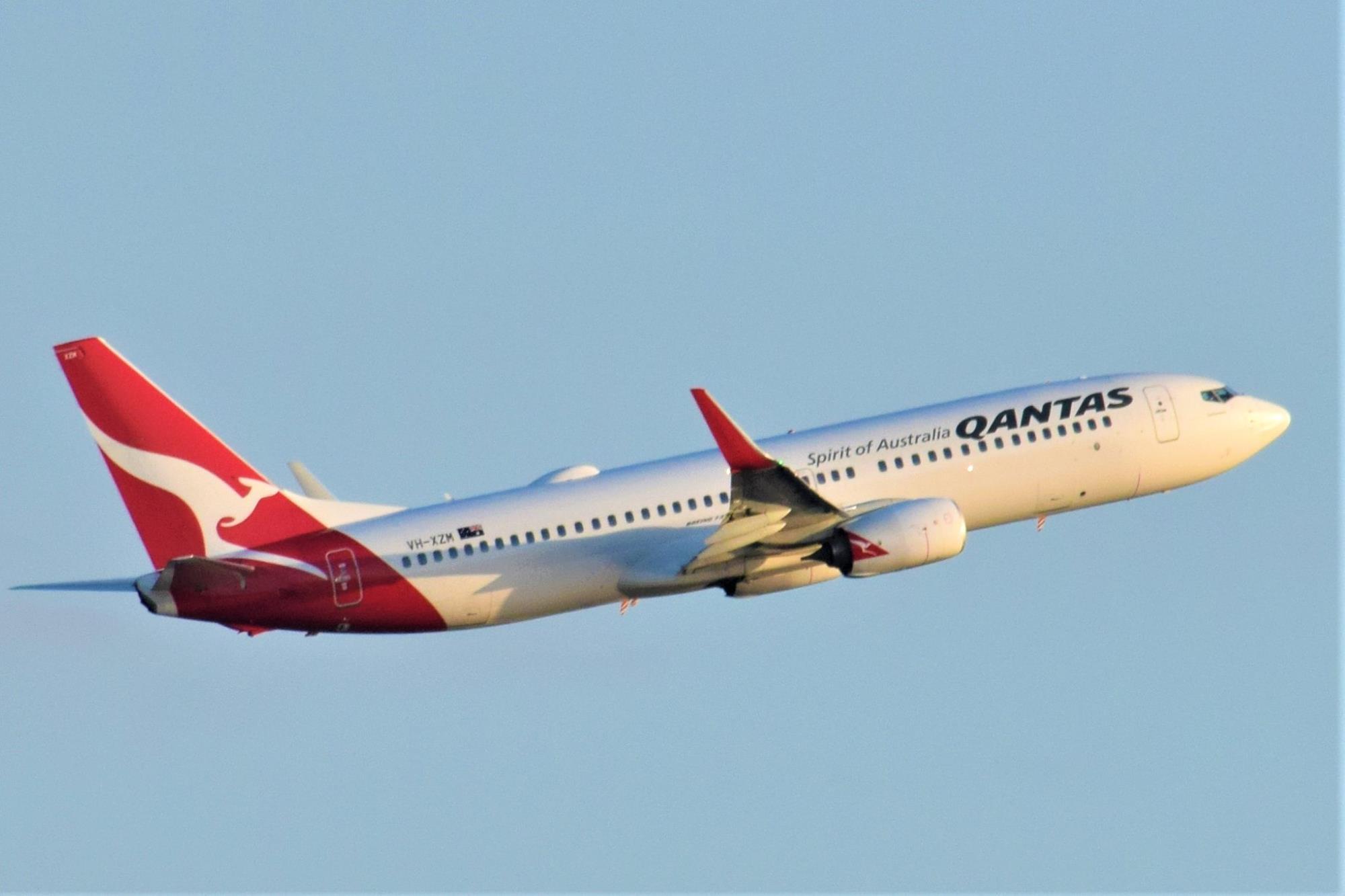 The captain of a Qantas Boeing 737-800 had developed an “incorrect mental model” of exit taxiways at Perth airport, believing that the aircraft would not need to cross an active runway after exiting the taxiway.

Even when he saw an illuminated stop bar, he believed it was installed incorrectly.

This led to a runway incursion, which saw the aircraft cross a designated stopping point and nearly entering the adjacent runway, where another Qantas 737 was about to commence its takeoff. 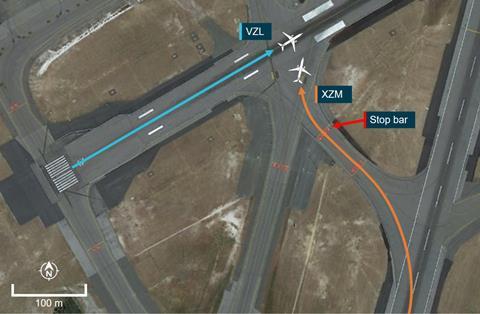 Releasing its final report into the 2018 incident, investigators from the Australian Transport Safety Bureau (ATSB) also note that the two 737s came into extremely close contact after the departing 737 rejected takeoff — the latter’s wingtip was just 15m away from the nose of the other 737.

The incident took place on 28 April 2018, when a Qantas 737, registered VH-XZM, had landed at runway 03, after a flight from Sydney. It exited the runway at taxiway J2, which ATSB investigators note “was the preferred runway exit” for aircraft that have landed on runway 03.

Although the aircraft was required to hold short of the intersecting runway 06, it did not do so, and crossed an illuminated stop bar without clearance.

At around the same time, the second Qantas 737-800, registered VH-VZL, had just commenced takeoff on runway 06. Air traffic controllers noted that VH-XZM had passed the holding point and issued an instruction for the departing 737 to stop takeoff.

It was during this time that the flight crew of VH-XZM realised what had happened and stopped, just before crossing the runway’s edge.

In its analysis of the incident, the ATSB notes: “Due to this incorrect mental model, and a combination of workload and distractions at key times, the flight crew did not detect the runway crossing issue until their aircraft had almost reached the edge of runway 06.”

It notes that the captain’s prior experience with landing at Perth made use of another taxiway to exit the runway, which did not necessitate a runway crossing. Thus, his intention during the occasion was to use the same taxiway — taxiway D — to exit the runway.

“After landing, the captain realised that the request for taxiway D had not been made and quickly replanned an exit onto taxiway J2, although continuing to have the same expectation that they not need to cross an active runway to reach the apron,” ATSB investigators note.

While the captain saw the illuminated stop bar, “it was not identified as a problem and no revision was made to the mental model of the taxiways, instead rationalising in a time-compressed situation that the stop bar had been installed incorrectly”, it adds.

Separately, the agency also notes that the design of the taxiway “significantly increased the risk of a runway incursion onto runway 06/24”, despite being a preferred runway exit for arriving aircraft on runway 03. 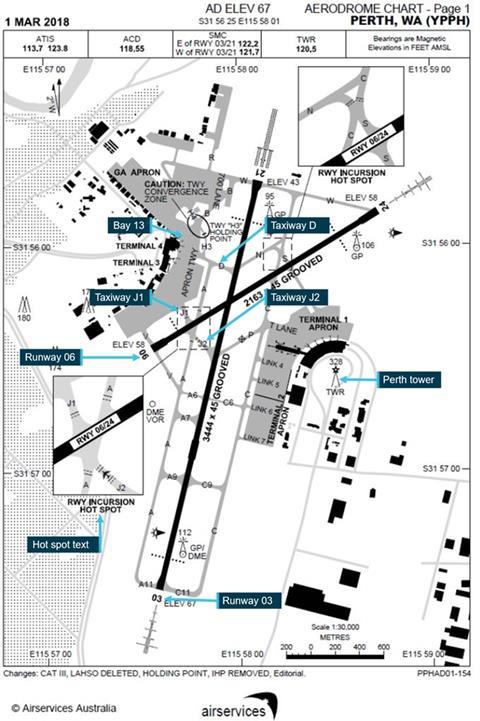 “In particular, it had a relatively shallow intersection angle with the runway and a relatively wide turn radius, leading to higher taxi speeds, and a short distance to the holding point for runway 06/24,” adds the ATSB.

To this end, Perth airport has removed taxiway J2 from aerodrome charts, following a similar move by Airservices Australia, which manages air traffic in Australian airspace.

Qantas has also published a safety information notice to all pilots about runway incursions, and has updated its flight administration manual to include a requirement for pilots to brief relevant airport hot spots and their contingency planning to mitigate against the possibility of collision or runway incursion.