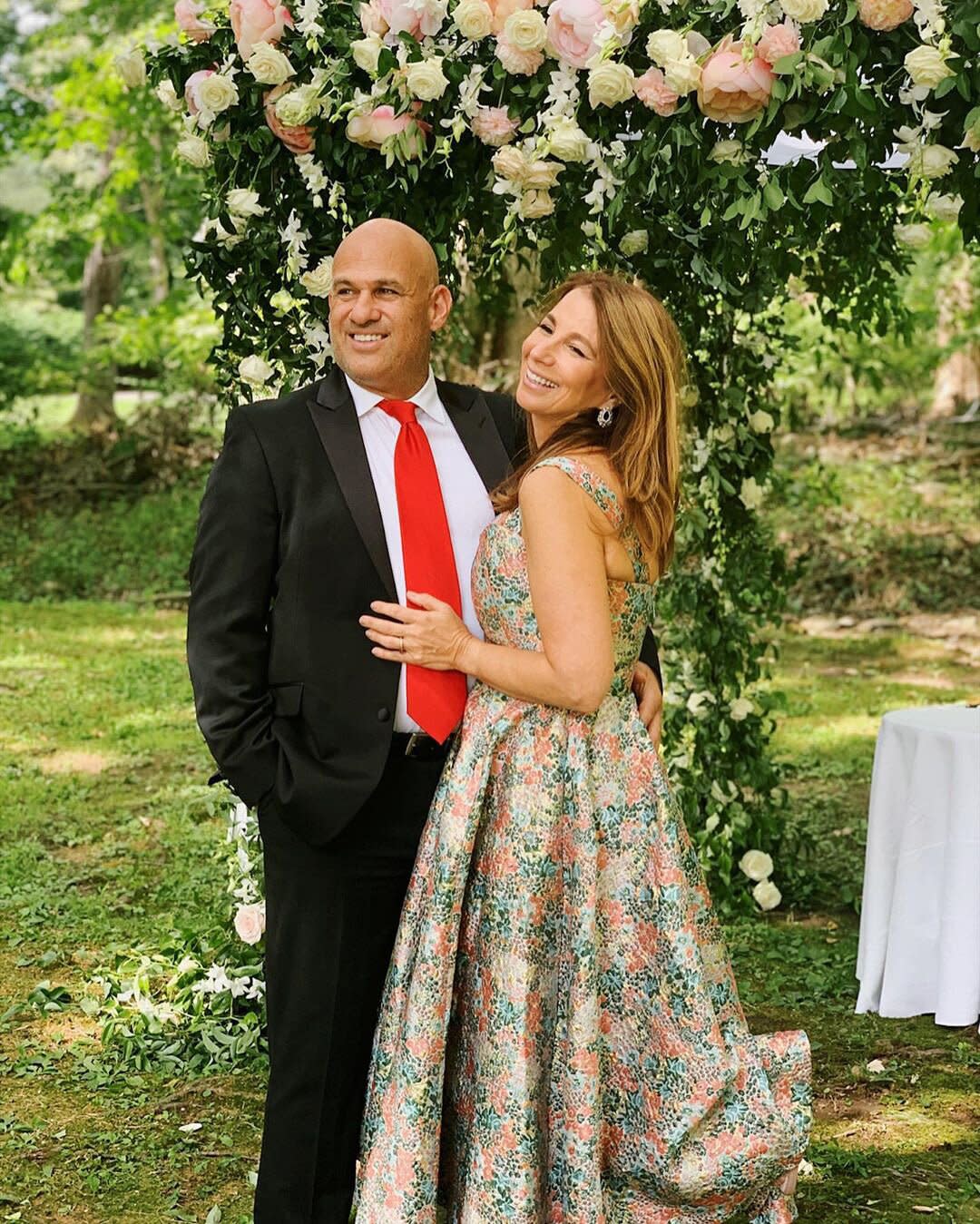 Jill Zarin is not a re-married woman … yet!

On Tuesday, the former Real Housewives of New York City star shared a photo posing with boyfriend Gary Brody and clarified that the pair had not tied the knot.

“💖💐I am NOT married! I would wear a white dress! We just went to my nieces @joannawexler beautiful wedding in August in Westport. My sister @lisawexler.radio daughter!” she explained to her followers while sharing the sweet snapshot of her and Brody. “But I love all the love today! 😘”

RELATED: Jill Zarin on the Possibility of Getting Married Again: ‘I Don’t Know If I’d Wear White’

Zarin lost her longtime love, husband Bobby Zarin, to cancer in January 2018. Later that year, she and Brody confirmed their relationship after the clothing executive helped her through the difficult loss.

“We’ll get married at the right time. We’re not engaged yet,” she told PEOPLE.

However, when the time comes for Zarin to say “I do” again, she insists on making sure it is a “simple” bash, as she feels like throwing a lavish, extravagant wedding is “such a waste of money,”

“I’m actually not a big wedding person,” she admitted to PEOPLE. “If I do, it’ll be something simple. It’s nice the first time, the third time it’s like, enough already?”

“You can have a small wedding but to spend a million dollars on a big wedding, to me, is just conspicuous consumption for no reason. I’d rather just take the money,” Zarin said.

RELATED: Jill Zarin Pays Tribute to Late Husband Bobby on Wedding Anniversary: ‘I Think of You Every Day’

As for a wedding look, it seems Zarin is now open to the idea of going with the more traditional “white dress” again, though she previously told people she wasn’t sure. (Zarin has been married twice before, to Bobby in 2000 and to her first husband, Steven Shapiro, who she married in 1987 and is the father of her daughter, Ally Shapiro.)