Kimiko’s statement jewelry on The Boys 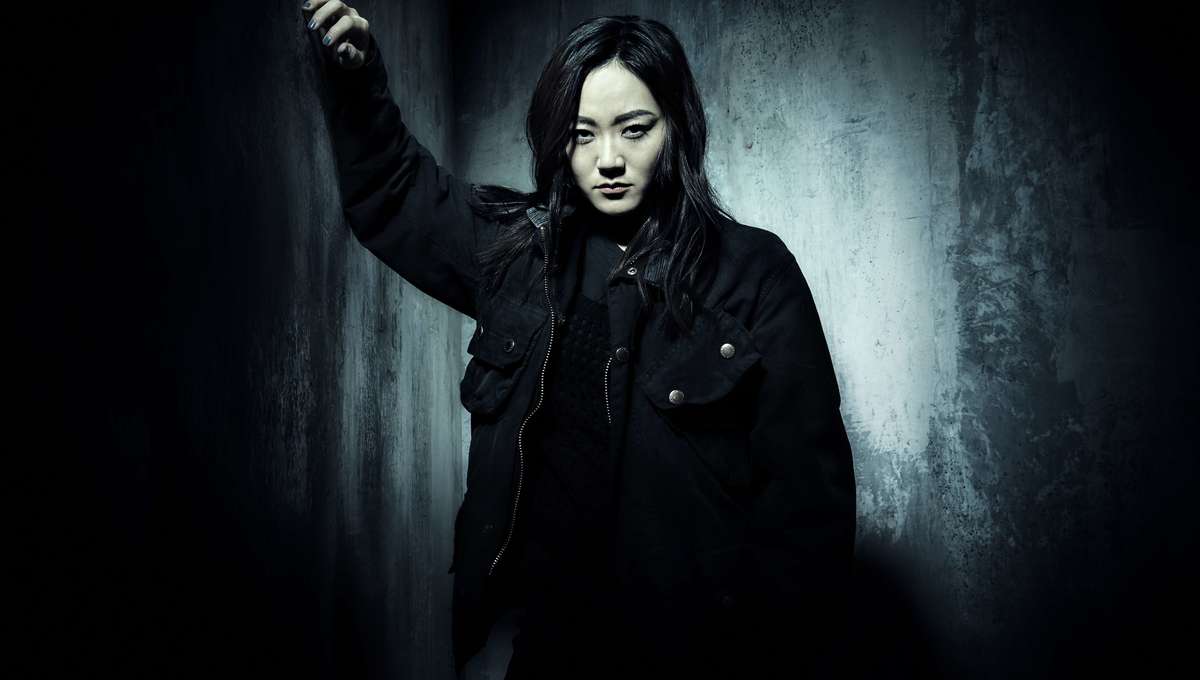 Welcome back to Look of the Week, celebrating the best in TV and film sartorial excellence, past and present across sci-fi, horror, fantasy, and other genre classics!

When we first meet Kimiko (Karen Fukuhara) in Season 1 of The Boys, the cutesy unicorn sweatshirt and cartoon panda-print pants she is wearing are soon covered in blood. The childlike combo cannot mask the rage she unleashes on those who held her captive and inflicted these powers on her. Despite her propensity for carnage, Frenchie (Tomer Capon) immediately identifies with her situation and views her as a kindred spirit. This relationship has hit a rocky streak in recent episodes, but a piece of statement jewelry kickstarts a dialogue that leads to an important realization by Frenchie. Not everyone needs to be saved — even on a superhero show.

Spoilers for Season 2 of The Boys ahead.

The titular Boys don’t wear flashy costumes like those in the Seven, but they do have a signature casual style that Kimiko adopts in the first season. Hughie’s rotation of Billy Joel, James Taylor, and AC/DC band tees are often ruined by excessive bloodstains, and Butcher hasn’t met a Hawaiian shirt he doesn’t like. Meanwhile, Frenchie leans toward a combat and camo aesthetic with an athleisure twist, and Mother’s Milk also endorses band shirts paired with a signature gold chain.

During the time she has spent with these guys in very close quarters, Kimiko’s options were initially limited to whatever clothing they could get their hands on. The yellow hoodie and pithy “Our Future Is Now” slogan tee is just as meaningless to Kimiko is as the unicorn shirt that gets torn to shreds in her fight to the death with Black Noir. The one time she wore a nice white peasant shirt and jeans she was attacked and kidnapped. This is not a line of work that is conducive to keeping clothes pristine.

In Season 2, costume designer Rebecca Gregg has opted for an all-black look for Kimiko that can be read in a number of ways. First, it makes her anonymous at a time when they are still high-profile fugitives, which then shifts into mourning attire when her brother is murdered, and finally works as low-key assassin garb when she starts killing mobsters for money. It isn’t until “The Bloody Doors Off” that she injects individuality into her ensemble.

Communication is a struggle, not only because Kimiko hasn’t spoken since her parents were killed. She doesn’t know the English word for brother, so it is only when Frenchie sees her embrace the “supe-terrorist” they have been pursuing that he clocks this connection. So far, she has made do with using her limited resources to get the message across.

What we wear can speak volumes so when Kimiko spends her recently earned cash on a flashy “BOSSY” three-finger ring, Frenchie finds it hard to hide his disdain. “This is what you bought with your blood money. No one will believe you’re an orderly with that, you.” The undercover operation involves dressing in surgical scrubs, but Frenchie doesn’t suggest that MM removes his chain.

Rather than take off said item in reaction to this petulance, Kimiko looks at him directly before exaggeratedly buffing her new accessory. Truly, the perfect comeback to his unsolicited undercover outfit critique. As with most things on The Boys, there are different ways to read this interaction. First, the surface level humor of Kimiko’s DGAF response to this piece of “advice.” But the bold piece of hardware is far more than adding some bling to her look.

Plus, it does come in handy when MM finds himself in danger after one of the newly made adult supes in the psychiatric facility uses his heightened ability to start squeezing the life out of him with his juiced up monster. The appropriately named Love Sausage is subdued by Kimiko and her new calling card is impossible to miss — a calling card that is far from a neutral word.

Bossy is a word with negative connotations typically directed toward women. In the last decade, terms like Girlboss and Boss Bitch have entered the lexicon as a means to empower. However, this is a tricky area of feminism that has become entwined with capitalism. This relationship has already been explored in the Girls Get It Done campaign earlier this season that points to the hollowness of these sentiments when wielded as cheap talking points. Girlboss is just another way to say “girl power” and both are equally empty if there is little to back it up beyond buzzwords. Thankfully, there isn’t a corporate suit behind Kimiko’s purchase.

In the case of Kimiko, she has bought this knuckleduster-adjacent item because she was drawn to it. She earned it and while she wasn’t necessarily enticed by the meaning of the word (it might not be part of her English vocabulary yet) or its gendered connotations, she has agency when she previously had none. We have seen her embrace her femininity via manicures — her current blue nail polish is similar to the shade she took from the salon in Season 1 — and while her fists are a weapon, she cares what they look like.

Frenchie’s covert mission mansplain also reflects how impotent he is feeling. As we learn from flashbacks in last week’s episode, his guilt over the deaths of Grace Mallory’s grandchildren and the second overdose of his friend inform his behavior. He has transferred his lack of control at those situations onto trying to rescue Kimiko, an unfair goal because she “never asked to be saved.” This previous attempt at penance will never work because she cannot absolve his sins.

The “Bossy” jewelry was part of Frenchie’s realization process as it reinforces her right to choose what path she takes. She is not a delicate flower; rather, Kimiko has spent her whole life doing what men have forced her to do and now she is free to make her own decisions. While they still can’t verbally communicate, this five-letter accessory assists this shared dialogue, and a new chapter in their relationship can take shape. Now that is what we call statement jewelry.