On Nobel committees, women are in short supply 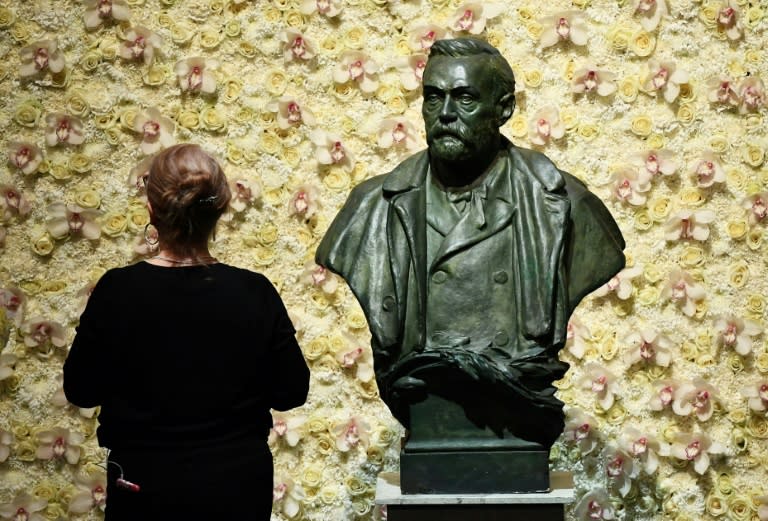 “It is not illogical to think that there is a connection between the increasing feminisation of the committees and the growing number of female laureates,” he told AFP.

While progress has been made in recent years, the economics prize committee has just two women out of 11 members, chemistry has three out of 10, medicine has four out of 18, and physics has only one out of seven.

Even the literature committee, with two out of seven, is still far from gender parity.

But she insists that discrimination is not the issue, and says her committee’s work is not affected by gender ratios.

The committees vet potential candidates and propose worthy winners to the various academies entrusted with awarding the prizes.

The Swedish Academy awards the literature prize, the Nobel Assembly at the Karolinska Institute in Stockholm decides on medicine, and the Royal Swedish Academy of Sciences is in charge of the physics, chemistry and economics prizes.

The number of women in the latter’s ranks is growing and “gradually improving, although slowly,” Goran Hansson, secretary general of the Royal Swedish Academy of Sciences, told AFP.

For the peace prize, the five-member Norwegian Nobel Committee appointed by Norway’s parliament both vets candidates and crowns the winners.

It is the exception when it comes to gender parity: in recent decades women have dominated, sometimes claiming four of the five spots, even leading to jokes about the need for male quotas.

This year there are however only two women, although one is the chair.

In Njolstad’s view, there is a simple explanation for the contrast with the science prize committees.

“The scientific committees carry with them the tradition of having had more highly qualified male scientific professors until today.”

Appointments to the Royal Swedish Academy of Sciences are also for life so moving the needle is a slow process, unlike the Norwegian committee where members are elected for six-year terms.

Only 15 percent of Royal Swedish Academy of Science members are currently women, but Eva Mork, the first woman to sit on the economics prize committee in 2011, noted it is “getting more and more women.”

As for literature, which might be considered a less male-dominated field, the Swedish Academy counts only five women among 18 members, though two seats are currently vacant due to recent deaths.

Author Kristina Lugn, who passed away in May, was to have sat on this year’s Nobel committee.

Of the seven on the Academy’s Nobel committee this year, two are women.

“Our aim is gender balance… In putting together the committee a number of aspects have to be considered, and a perfect equilibrium has not been possible,” the Swedish Academy’s permanent secretary, Mats Malm, told AFP.

The Swedish Academy’s first woman permanent secretary, Sara Danius, stepped down in 2018 amid a scandal that tore the institution apart.