‘Shopping around is impossible when you don’t have a computer’ 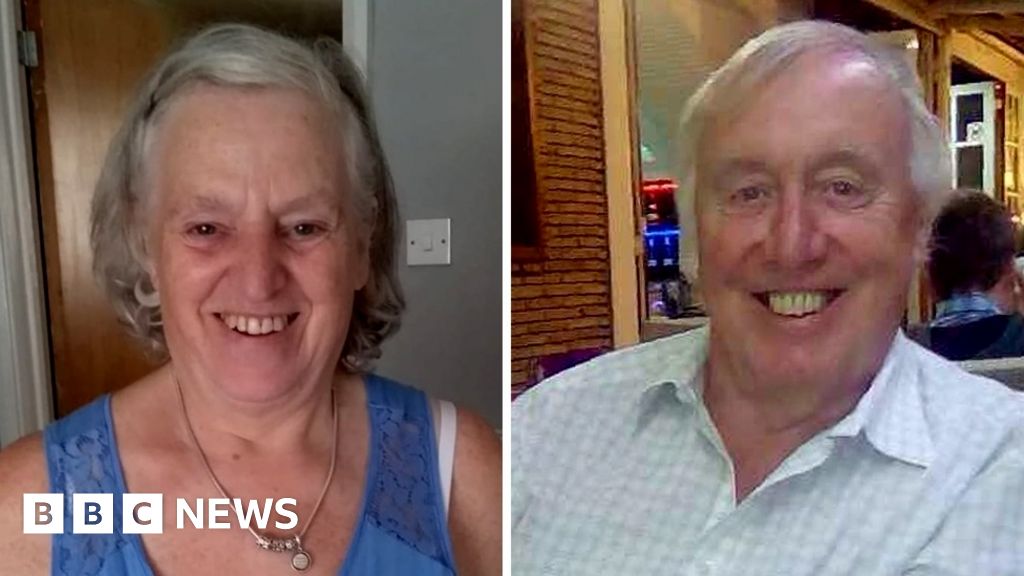 With little more income than the state pension, Christine Chapman is careful with her money.

The 70-year-old keeps paperwork meticulously in a filing cabinet and knows what is coming in and going out.

Her bills were cut by hundreds of pounds a year, simply by switching insurance, phone and mobile suppliers.

It all sounds like an advert for competition and the benefits of shopping around.

But Mrs Chapman was lucky.

The widow, from County Durham, does not have a computer and does not know how to operate one. Her smartphone is only used for calls and messages to family and friends. She had no way of shopping around for better deals.

What she does have is a caring brother-in-law who taught IT and, after a conversation at a family gathering, realised Mrs Chapman was paying far too much on her bills.

“She has no computer, no email address, and a router was stuck in a drawer because she did not know what to do with it,” says her brother-in-law Stephen Harris.

“She is like millions of vulnerable people in this country who do not have any knowledge of the internet but trust big companies to treat her right.”

Mrs Chapman was a victim of the loyalty penalty – someone who sees prices rise every year when policies or deals are renewed.

Take her home insurance. She had been a customer with the same company for more than 30 years and was paying a premium of £575 for buildings and contents insurance for a small three-bedroom terraced home.

Mr Harris researched like-for-like policies and within 10 minutes he had found one for £80.

“I was surprised,” says Mrs Chapman. “I was a loyal customer, thinking I was going to be getting the best deal.”

She still “won’t have anything to do with computers” but now has a little more money to spend on her 12-month-old granddaughter.

How price rises affect you

So-called price walking is when a customer is charged more, year after year, by staying with the same insurance company – even though their risk is no greater.

The Financial Conduct Authority (FCA) points to an example in which a new customer for home insurance typically pays £130 for a year’s cover. But for the same policy, having stayed with the same insurer for five years, that annual premium rises to £238.

For motor insurance, new customers pay £285 while customers who have been with their provider for more than five years pay £370, according to the FCA’s example.

Cases such as these led Citizens Advice to submit a super-complaint two years ago, demanding action on the loyalty penalty across the mobile, broadband, home insurance, mortgage and savings sectors.

Super-complaints are relatively rare, only used for the more serious issues, and require a response by law from the authorities subject to the complaint.

In this area, there has been progress, but there remains “room for improvement”, according to the charity’s chief executive, Dame Gillian Guy.

Particularly pressing, according to its survey, is that one in four people asked found it more difficult to switch providers during lockdown.

“At a time when many people are struggling to pay their bills because of coronavirus, it’s simply not right that companies can still get away with exploiting their loyal customers,” Dame Gillian says.

So what is the answer to making the system fairer?

Encouraging people to switch, and making it easier to do so? Businesses giving vulnerable customers targeted help? Or a total overhaul of the rules?

All three are being tried in home and motor insurance, a sector that the UK’s financial regulator estimated was still overcharging loyal customers by £1.2bn a year.

Initially, people were given more information to encourage them to switch at their annual policy renewal, such as clear details of how much they paid the previous year, alongside a quote for the next year.

Insurers then stepped up with a scheme in which they review prices, particularly for those who have been with the same company for five years or more.

The Association of British Insurers said there had been 8.5 million “pricing interventions” as a result, saving people between £40 and £150 each on their annual premiums.

That is not enough, according to the City watchdog, the Financial Conduct Authority (FCA), which has proposed “radical” reforms to save consumers £3.7bn over 10 years.

If adopted, the plans would see anyone renewing their policy paying no more than they would as a new customer,.

So those buying, for example, online would get the equivalent deal, whether renewing or a new customer.

That would still prevent people such as Mrs Chapman, who do not have internet access, from getting the very cheapest deals. It could also result in price rises for those who do shop around every so often.

Yet, it should stop so-called price walking – which sees the cost rise at every annual renewal.

In other sectors regulators have also taken some action:

The Citizens Advice survey suggested eight in 10 people were still paying some kind of loyalty penalty.

For some, that may only result in spending a few pounds a year more than they need to. For others, it could make a huge difference to their finances.

Mr Harris – who saw the cost at first hand – is now concerned about other vulnerable people, particularly those isolated during the pandemic, who are still paying too much through no fault of their own.

Despite all the investigations and proposals for action, he says one basic principle should be addressed.

“But those least able to afford it are paying more.”

How to start beating the loyalty penalty

Switching is not always easy, but the government-backed Money and Pensions Service has some tips for consumers:

To hear more about the loyalty penalty, listen to Money Box Live on BBC Sounds