Volkswagen Sold Nearly Twice As Many ID.3s In Norway In September As Tesla Sold Model 3s 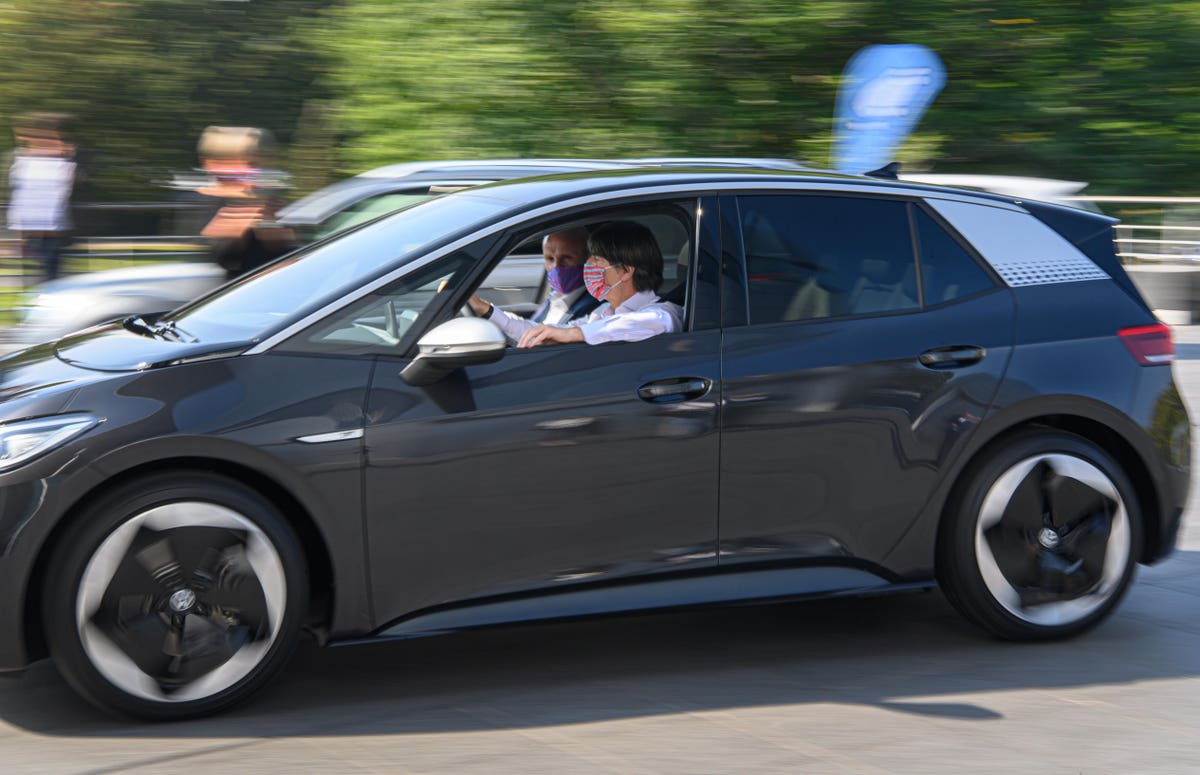 Tesla fanatics on both bull and bear sides are laser-focused on numbers they really don’t understand.  Tesla’s third quarter delivery report, likely released tomorrow, will provide several such figures.  The leak-machine that precedes any Tesla announcement is in full swing, and clearly Tesla exceeded its previous record of 112,098 deliveries (from 4Q2019) in the quarter ending September 30th, 2020.  Tesla is operating two factories this year and last year operated only the Fremont, CA plant.  That’s why unit sales are increasing; production capacity has increased.

As always “the internals” that compose Tesla’s reported deliveries will be most telling.  Early sales results from Western Europe show that the ID.3 is dominating the Model 3 in Norway.  With VW claiming it has received 30,000 orders for the car from Western European customers, I would expect that lead to spread to other countries.

So, it’s amazing to me that I would have to explain this, but after reading sell-side “research” on Tesla I feel I must:  the important figures for car sales are year-on-year, because they take into account the inherent seasonality in sales.  Of course, Tesla tries—egged on by Tweets from Elon Musk—to stuff the channel at the end of every quarter and that adds to the seasonal variances in its sales results, as well.

There is always a hangover.  Thus far today, October 1st, Tesla has registered one Model 3 in Norway.  VW has registered 84 ID.3s and 24 Audi e-trons and Geely/Volvo has registered 22 Polestar 2s. It’s not a holiday in Norway today, it is just a Tesla hangover day.  That single sale is yet another example that Tesla sales are grouped into three-month boxes to pump the stock.

So, the key figures for Tesla are year-on-year sales in mature markets.  As a former sell-side European autos analyst I know well that government registration data is often substituted for the unit sales figures that we rely on here in the States.  Different language; same meaning.

So, with the granularity in the results of specific European markets appearing today, the decline in Tesla sales in markets that are packed with other BEV competitors (especially VW) is striking.

Here are the registration figures for September and the third quarter:

For all those nonsense-spouters who go on the second-most-watched financial cable network (CNBC) and spout “a rising tide lifts all boats” idiocy, let me just say that 28 years of following the car business have taught me that nothing could be further from the truth.

Sales are won or lost.  Several Detroit automakers actually use the term “conquest” to describe owners who switched to their brand from another.  So, counting the number of EVs sold is useless.  In some countries, notably Norway, widespread BEV adoption has already occurred and BEVs represent more than half of cars sold.  In the U.S. and China, the markets are very far behind.  So, it is by analyzing those markets where BEV adoption has already happened that we can see what market participants will be able to achieve in larger markets.

It’s a brutally hard fight.  The ID.3’s sales surge has shown that Tesla’s response to any real competition is to cut prices or, as it is doing in Norway, offer subsidized low-interest rate financing.

So, the ID.3 and the soon-to-be-launched ID.4, also based on VW’s MEB platform, are “conquesting” buyers that might have chosen Tesla.  There is no other rational conclusion to be drawn. The ID.3 is doing quite well in limited European markets and the ID.4 apparently “sold out” of all to-be-built first-edition units (ID.4 1ST) very quickly, as VW USA has grayed out that option on its website.

So, that’s what auto analysis has come to.  All my years of getting up at 5 in the morning to trek to Detroit and Stuttgart and Tokyo have been replaced by staring at a computer scream. There is no doubt that cars are sold differently these days, and Musk and Tesla have been a huge impetus for the change to a more digital selling model.  That’s a good thing.  But you still have to build them one-by-one—a process which independent quality surveys show Tesla has never mastered—and they still have to delivered, at a dealership or otherwise, one-by-one.

So, we can count them.  With huge sales figures in “Green“ European markets we can get a picture of what the competitive picture will be for Tesla as other OEMs go all-in on BEVs.  It’s not easy. Tesla stock is priced as it is.  The stocks of GM, Ford, VW and Toyota are priced as if it is impossible,  That is not true, either.

There is a middle ground here.  One in which real returns on real capital employed (not using leases to confuse gullible analysts as Tesla has done with its factory in China) are easily measured.  I will continue to invest solely in companies that create economic value on their capital employed.  Tesla has never done that, and I am certainly not expecting evidence that that process to have begun when third-quarter earnings are released later this month.

The future is being written and some auto markets move faster than others.  Please do not ignore actual facts in the hunt for spin and hero-worship.  It  is an expensive mistake.