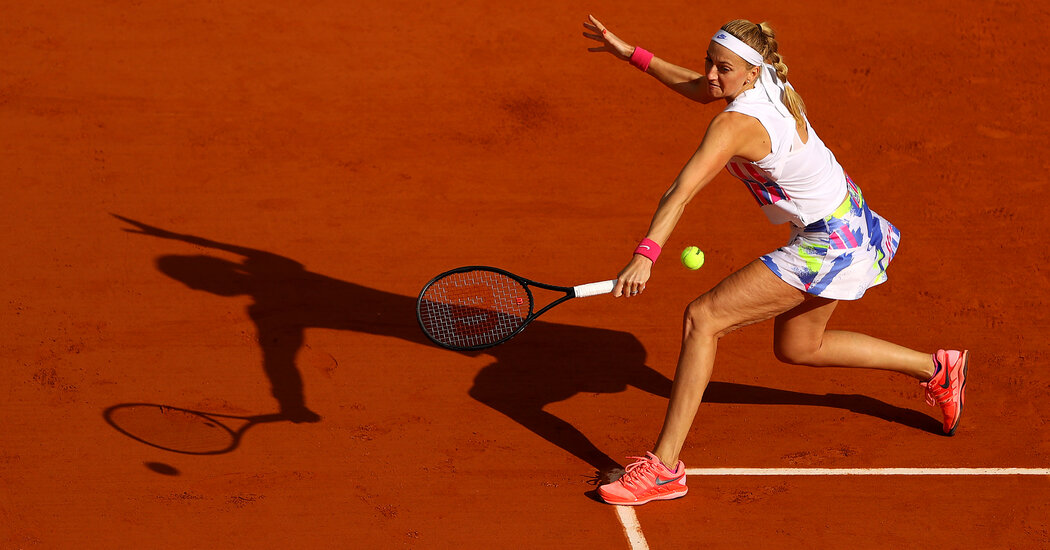 Swiatek, 19, has been having an exceptional French Open. She has advanced to both the singles and the doubles semifinals with little resistance. She has not dropped a set in her nine matches across both competitions, playing doubles with Nicole Melichar of the United States. Swiatek has seemed entirely at home in the cold-weather conditions and on clay, her favored surface.

Swiatek’s game is fractal, with each facet seemingly hiding another layer of creativity. Even if her ball placement is the most constant part of her game, a powerful backhand down the line can upend any opponent who would prefer to get into extended angled rallies.

Podoroska is the first qualifier to reach a women’s semifinal at the French Open in the Open era and the first to do so at any Grand Slam event since Alexandra Stevenson did it at Wimbledon in 1999. In her quarterfinal victory over Elina Svitolina, the third seed, Podoroska moved forward into the court frequently, disrupting the time that Svitolina needed to set up her powerful groundstrokes.

No qualifier has ever reached a Grand Slam final on either the men’s or women’s side, so it would be a remarkable achievement for Podoroska. But in her way is Swiatek, who has said that not getting into tournaments on wild cards as a promising junior made her more confident, knowing that when she made it to this stage, she would deserve it. That belief in herself could easily propel her onto the grandest stage against a former Grand Slam champion from the other half of the draw.

Kenin, the 2020 Australian Open champion, is now the highest seed remaining in the women’s singles draw. Although she has been pushed to three sets in most of her matches, her backhand has seemed impossible to work past. Kenin has the ability to hit hard, driven groundstrokes or use the same backswing to hit perfect drop shots, not allowing opponents to set themselves properly before needing to change direction rapidly.

Kvitova, the Wimbledon champion in 2011 and 2014, has reached only her second French Open semifinal. With a relatively easy draw, she has yet to drop a set on the way to the quarterfinals. Kvitova tends to enjoy quick surfaces that compliment her fast serves and flattened groundstrokes.

At this year’s French Open, in the colder weather, the bounces have been unusually low, favoring Kvitova’s playing style. But she has not faced an opponent like Kenin, who is capable of redirecting the pace of her shots. Kvitova may be the more experienced player, but Kenin has had a better year, with a 16-1 record at Grand Slam events in 2020.

Expect that Kvitova will attempt to hit through the ball a bit more than she has in her previous matches because of Kenin’s superior movement. The mental game will be ever-present, as both players know the winner will be favored in a final against an opponent who has not flown this high before.