Missouri S&T was founded in 1870 as the Missouri School of Mines and Metallurgy. The 8,000-student campus in Rolla is part of the four-campus University of Missouri system and home to 99 degree programs in 40 areas of study.

“This is a tremendous gift for higher education and economic development in Missouri,” said Mun Choi, president of the University of Missouri System, in a release. “I’m grateful to Fred and June Kummer for their confidence in Chancellor Dehghani to lead the transformation at S&T.”

In the release, Dehghani said the gift will make the university a center for innovation and entrepreneurship.

“With this gift, we expect to be able to dramatically increase the size of our student body, recruit outstanding new faculty, establish powerful new centers of research, and engage with the community in new and exciting ways,” Dehghani said.

Fred Kummer, 91, credited his education in Rolla as a critical part of his success. He earned a degree in civil engineering.

He is the founder and chairman of St. Louis-based HBE Corp., which he established in 1960 and built into the world’s leading design-build firm for health care.

“My Rolla experience taught me how to think, how to work hard and how to manage my own career,” he said, in the release. “June and I believe in the mission of this great university, and that’s why we have chosen to invest in S&T’s future success. We believe that Missouri S&T’s best days are ahead.”

The gift prompted the creation of a new not-for-profit foundation, The Kummer Institute Foundation, which will support these initiatives at Missouri S&T:

“Each of the four centers will build on S&T’s strengths and will leverage existing research expertise, but they will rapidly accelerate our research and development efforts through the addition of new faculty and graduate students, including new Ph.D. Kummer Fellows,” Dehghani said, in the release. 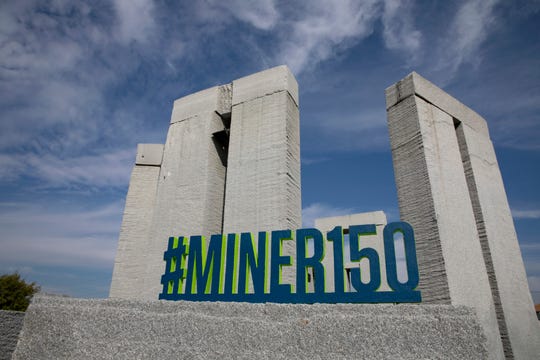 To put the size of the gift in context, Missouri State University went public with a multi-year fundraising campaign in October 2019 to raise $250 million. At the time, MSU had raised more than $151 million from 50,000 donors.

Each year, Missouri S&T attracts students from southwest Missouri. The university also has a cooperative agreement with MSU to train future engineers in Springfield.

June and Fred Kummer have repeatedly donated to Missouri S&T. Here are a few of the ways they have helped the university:

Kummer is a past member of the Missouri S&T Board of Trustees and the University of Missouri Board of Curators.

Claudette Riley is the education reporter for the News-Leader. Email news tips to [email protected]