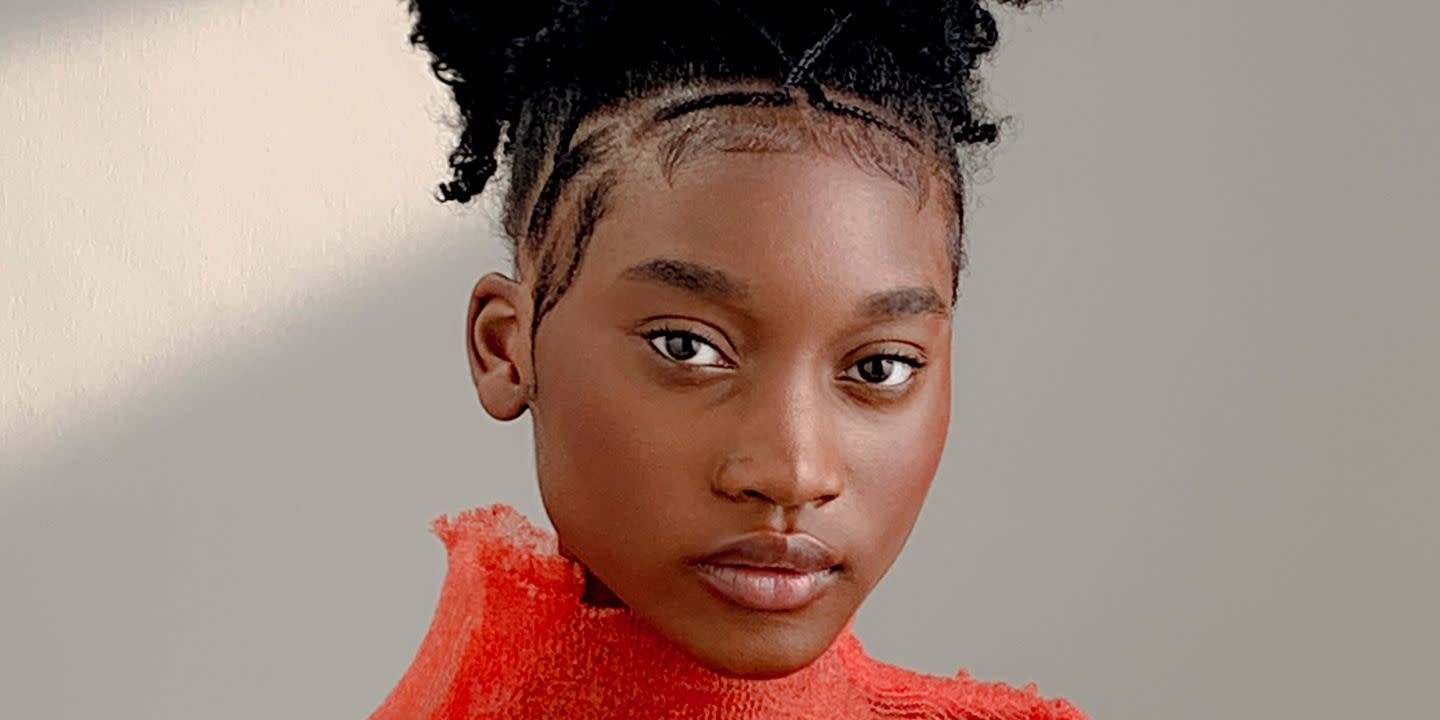 While hosting the 62nd-annual Grammy Awards ceremony earlier this year, an almost barefaced Alicia Keys accessorized in a way that screamed Black Girl Magic. The singer-songwriter graced the stage with her hair cornrowed back into a low bun, complete with jewel-encrusted baby hairs.

The act of strategically styling the finely textured strands along the hairline, or laying baby hairs, as it’s called within the Black and Latinx communities, has a profound history that dates back to at least the Roaring Twenties. It first emerged as a means of acceptance: Black women wanted to give off the appearance of “groomed” hair in order to fit European beauty standards. Notable entertainers of the time, like Josephine Baker and Esther Jones (credited as the inspiration for Betty Boop), were known for wearing their hair short and in uniform finger waves, with dramatic swirls framing the face. The intentional placement of swoops and loops paved the way for a multitude of uniquely styled baby-hair looks in modern times.

In the ’70s, Good Times actress Bern Nadette Stanis and singer and Sugar Hill Records cofounder Sylvia Robinson were known for taking the main stage with perfectly laid edges. Before breakthrough brands like Baby Tress and Pattern Beauty sprung onto the scene with specialized edge tools, people of color would oftentimes manipulate their baby hairs into mesmerizing shapes using just a toothbrush or bristle brush and gel or pomade. And as with many phenomena of Black culture, appropriated iterations of the technique started cropping up in fashion and pop culture as a quote-unquote hot new hair trend—think Katy Perry’s gelled-down hairline in her 2014 music video “This Is How We Do” or the Fall/Winter 2015 Givenchy runway of mostly white models wearing their strands plastered to their foreheads in a show that was themed “Chola Victorian.”

For many of us, taking the time to set our baby hairs is a highly regarded act—how we express ourselves, the cherry on top of the perfect hairdo. “I like my baby heir with baby hair and Afros,” declared Beyoncé in “Formation.” For Lauraine Bailey, the London-based hairstylist behind the visuals in this story, incorporating edge styling and African-derived aesthetics into her work is a form of artistic expression and excellence. “It says to me that I’m paying attention to detail and not leaving any stone unturned,” she says.

What we know for sure is a) baby hair is beautiful, and b) whether you like your hairline slicked down into swirling shapes or prefer to keep it free and untamed, there are absolutely no rules to styling—but there is inspiration. Ahead, four looks from Bailey to get you primed to play.

Accentuate your blowout by shaping subtly swooped baby hairs before tucking the strands behind your ear.

Give your high puff some extra drama by adding swoops and S-shaped swirls along the front of your hairline.

A Myriad of Loops

Set your baby hairs in place before taking your look to the next level with pearls or jewels.