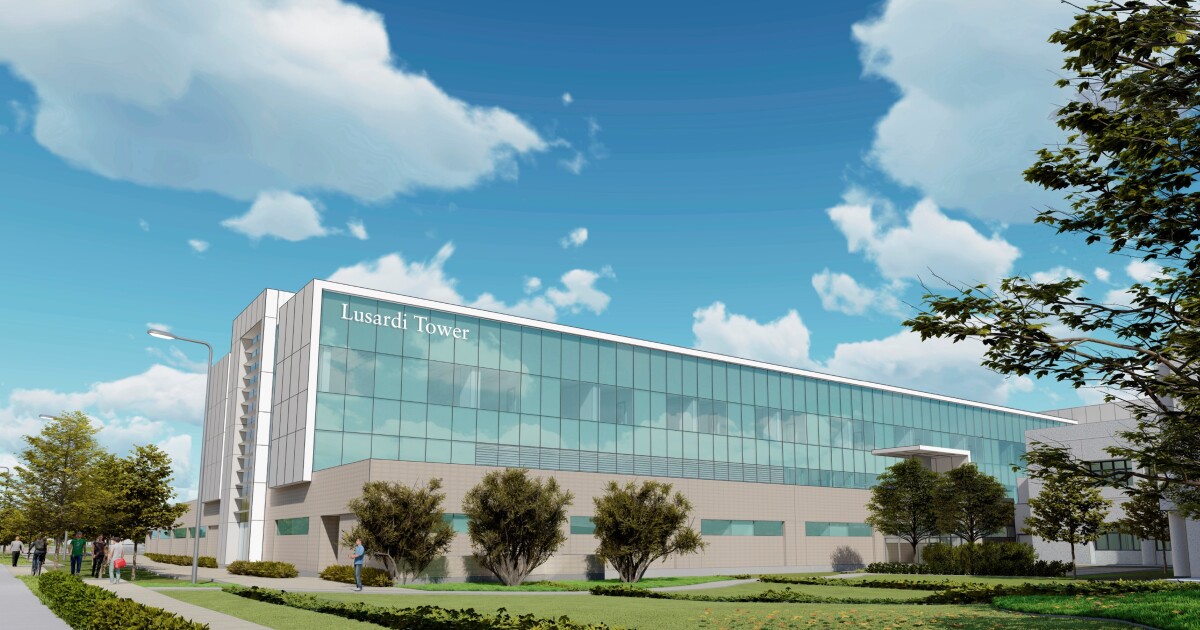 The Lusardi family name has long been associated with building, so it is no surprise that the latest philanthropic gift from Warner and Debbie Lusardi will help construct a building expected to have significant impact on the health of coastal North County residents for decades to come.

The Rancho Santa Fe couple, whose eponymous construction company was founded in Vista in 1958 and eventually found nationwide success, will give $25 million to Scripps Memorial Hospital Encinitas to help build a three-story, 64-room structure to be dubbed the Lusardi Tower when it opens in 2025.

Lusardis have been living in San Diego County since the 1860s, and Warner Lusardi said that experiences over the years at Scripps Encinitas directly informed the decision to make what is the facility’s largest single philanthropic donation since opening day in 1964.

“We’ve had some of our own workers with serious problems treated at Scripps Encinitas, and they’ve had wonderful treatment,” Lusardi said. “It’s a wonderful feeling to know that we’re helping further that cause, and hopefully others will, too.”

Driven by state rules that require every hospital in California to meet stringent seismic safety standards by 2030, Scripps has been on a multiyear quest to upgrade its northernmost medical campus. It completed a 884-space parking structure in 2011 that allowed construction of the Leichtag Foundation Critical Care Pavilion in what was previously a large parking lot. Opened in 2016 with the help of a $10 million gift from the Leichtag Family Foundation, the two-story structure more than doubled the size of the hospital’s emergency department and added 36 medical and surgical beds on its second floor.

A three-story, 68,000-square-foot medical office building is currently under construction on the campus’s northern side. Once that project is complete, a groundbreaking for the Lusardi Tower is expected in 2022. With the cost of furnishings and equipment included, the estimated total cost of the building is $252 million.

The new tower will slot into the hospital’s existing structure behind the long row of buildings closest to Interstate 5 that house two floors of patient rooms, including those that make up its labor and delivery department, and its outpatient rehabilitation department.

Those buildings and their associated uses will remain, but a group of low-slung connected facilities to the north that currently house the hospital’s intensive care unit, diagnostic imaging and administrative services will be razed to make room for the new structure which will provide a new home for services in buildings torn down during construction.

Pulmonology has long been a focus at Scripps Encinitas, and the new building, in addition to more patient rooms, will also house a new pulmonary institute within its 224,000 square feet.

As has been the case with all new hospitals built in San Diego County over the past decade, the new tower will feature private patient rooms with efforts made to bring in as much natural light as possible.

Chris Van Gorder, Scripps’ chief executive officer, said that the Lusardis’ gift removes financial pressure for an organization engaged in a $2 billion reconstruction effort at various facilities across the county in the midst of the global COVID-19 pandemic that has reduced many traditional sources of hospital revenue.

“Every philanthropic gift, whether it is $25 or $25 million, takes pressure off the organization and allows us to use that money for the patient care that we deliver to our patients,” Van Gorder said.

It’s fitting, then, that some of the financial success earned by building be plowed back into a building that will house people from his home town who are navigating the most vulnerable moments of their lives.

Lusardi said that he feels the gift is not just from his family. After all, success did not come from his work alone. Many people, over many decades, built the enterprise into what it is today.

“They share in it, because it takes a team to build a successful company, and we certainly have had a wonderful team over the years,” Lusardi said.