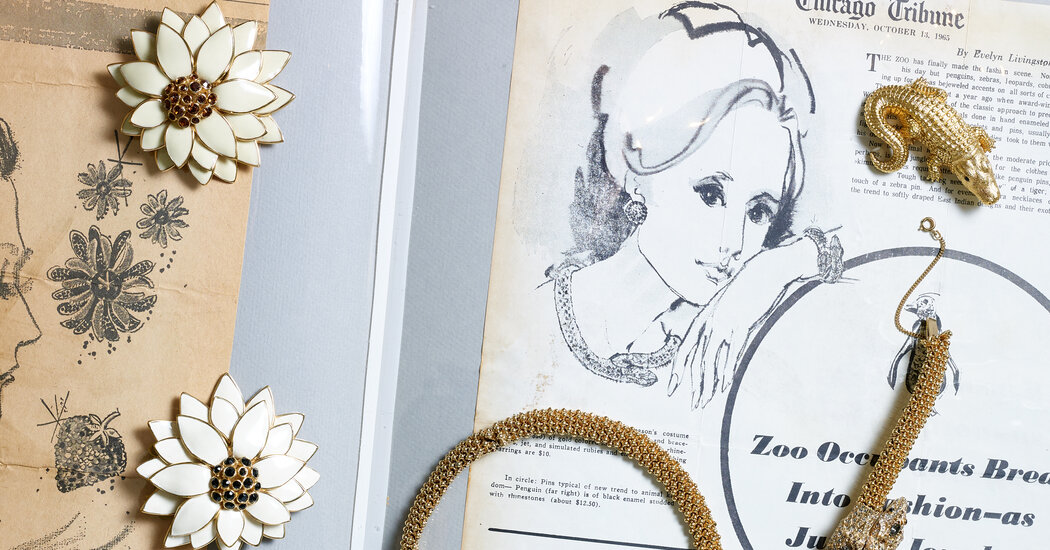 Queens do it. First ladies do it. Even Madeleine Albright and Elizabeth Taylor did it: Wear Ciner jewels.

And for good reason: Ciner makes what the jewelry historian Melinda L. Lewis called “the equivalent of the crown jewels” of costume jewelry — pieces made with semiprecious stones, simulated gems, crystal and silver or other metals, often plated with gold or rhodium.

One hundred thirty years after its founding as a fine jewelry brand, Ciner says it is the only costume jewelry maker in America that still fabricates each piece by hand from start to finish, often using the original models made by Emanuel Ciner, its founder.

A staff of 15 — currently all women — produces more than 1,000 pieces each month in the New York City offices of Ciner (pronounced SIGH-ner), supervised by Pat Ciner Hill, Emanuel Ciner’s granddaughter, who runs the company with the help of her daughter, Jean.

Ms. Ciner Hill said the company maintains the high-quality stone-setting, enameling and modeling techniques developed by her grandfather, whether it is making commercial jewels or the one-of-a-kind, bespoke costume pieces that have earned Ciner much of its acclaim.

In fact, the company remains so firm in its commitment to tradition that Kris Ciulla, the vice president of sales and design, says she recoils when clients offer to provide a computer-aided design for use on a custom piece. “We work with models,” she said. “No 3-D imagery.”

Many of those models, which the company describes as miniature sculptures, are the basis for what Ms. Ciulla called “Frankensteining”: using details of old Ciner designs in a new piece.

For example, when Danielle Blanco, the company’s creative director, discovered a bird cage charm in the archives, she incorporated it into a pair of 18-karat gold plated earrings ($595), each one featuring a bird atop a cage draped in flowers and a cascade of rhinestones. In another example, crystal and jet rhinestone beads adapted from a pair of 1980s earrings adorn a glass pearl necklace first made around 2010 ($625).

The original models are part of the Ciner legacy, which began in 1888 when Emanuel Ciner, then 24, apprenticed with a fine jeweler in New York City. He showed such talent that the jeweler insisted Mr. Ciner marry his daughter, “but he wanted nothing to do with it,” Ms. Ciulla said.

Instead, Mr. Ciner set up his own business in 1892, with his sons, Charles and Irwin, joining in the mid-1920s. (Irwin Ciner was Ms. Ciner Hill’s father.)

But when the fine jewelry industry collapsed during the Great Depression, Mr. Ciner instead began creating costume gems, swapping higher-end materials for base metals, silver, semiprecious stones and faux gems while retaining the superior artistry of fine jewelry, including individual casts, prong settings and chains assembled link by link.

His work earned acclaim among the wealthy, who often needed so-called travel jewelry — pieces that would look as good as the real thing, but would pose less financial risk if lost or stolen on a journey, Ms. Ciner Hill said in a recent video interview. Over the next several years, the Ciners perfected the use of tin and other white metal alloys, as well as patented the mold-making and casting processes the company still uses.

The archives have been crucial to Ciner’s endurance, Ms. Lewis, the jewelry historian, said: “All their designs are current, yet they embody styles from the past, so everything is fresh and new, but has elements that are nostalgic and historical.”

But Ms. Ciner Hill and her staff attribute the company’s longevity to a more personal Ciner characteristic. Like the company’s founder, who turned to munitions production to keep Ciner going during World War II, “we pivot in the moment,” Ms. Blanco said. “If we can’t do that, we’ll do this. If we can’t find it here, we’ll look somewhere else.” It is this combination of innovation and tradition, perhaps, that explains the range of Ciner fans over the years, from Queen Sofia of Spain and Jacqueline Kennedy Onassis to the designer Carolyne Roehm and “The Real Housewives of Miami” star Ana Quincoces.

To commemorate its anniversary, the company has produced an earring, necklace, and bracelet featuring its signature tiger head, originally created in the 1980s, encrusted with white Austrian crystals accented with black enamel and blue Bohemian glass cabochons, and set in heavy 18-karat gold plate.

The collection, which debuted online and at boutiques around the world earlier this month, celebrates what Ms. Ciner Hill called the essence of the Ciner brand. “Our future is tied to our past because our past contains the archives and the quality and integrity of our products,” she said. “After 130 years, the past must be an integral part of the future.”