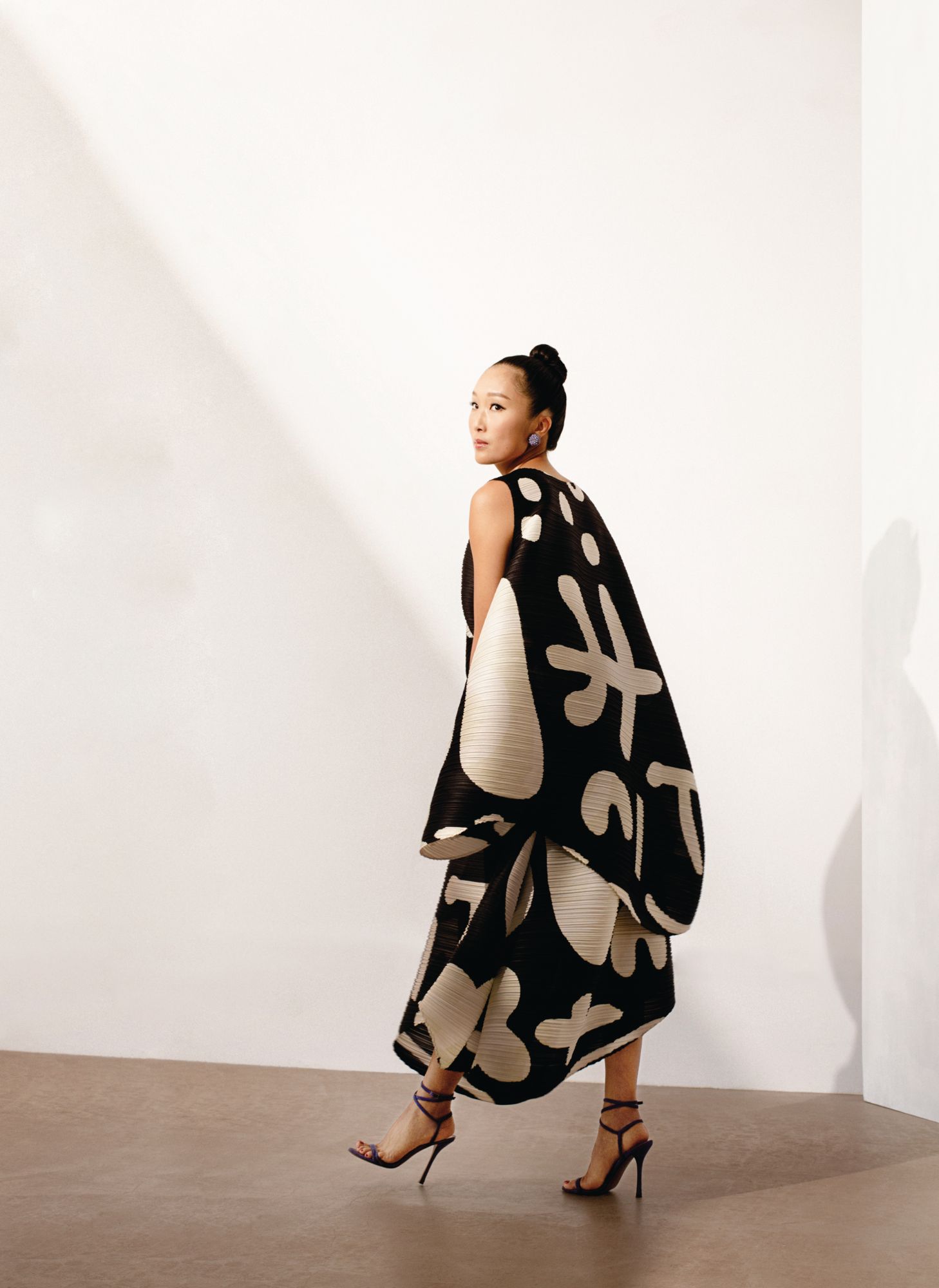 The mother-daughter duo are frequently seen together at exclusive events, including runway shows and cocktail parties. But Chau-Kuok’s most memorable fashion moments with her mother are their shopping trips to destinations like Tokyo, New York and Marrakech, the latter being where Chau-Kuok celebrated her marriage to Kuok. The couple hosted a lavish event for 100 guests in May 2017 where ChauKuok wore no less than six fabulous gowns.

Shopping for her wedding looks was an event in itself for her and her mother, who travelled around the world to the Philippines, Indonesia, Thailand and, finally, to couturier Ashi Studio in Beirut, Lebanon, where she found an embroidered coat and gown that she wore for both her Hong Kong wedding, a lavish ceremony for 700 guests at Sevva, and her Marrakech nuptials.

“As soon as I saw the dress, I knew,” says Chau-Kuok. “I’m a very quick shopper. If I see something, I immediately know whether it’s a yes or a no.”

She also wore two Oscar de la Renta gowns on her big day, a symbolic choice for Chau-Kuok, who recalls the first fashion show she attended was de la Renta’s during New York Fashion Week in 2011, when she worked in the city as an account manager for a PR firm. “It was my first Oscar gown,” she says. “To wear his designs at my wedding, it really felt like things had come full circle.”

Crafting her own style

While she can rock a couture gown like nobody’s business, Chau-Kuok humbly describes her style as “modern classic”, listing her wardrobe staples as striped T-shirts, a good pair of jeans, quality white basics and large statement earrings. “Something as simple as a good pair of earrings has the power to change your mood and the way you carry yourself,” she says. “The other night, I was at home in sweats and I just decided to put on these big costume earrings. I felt like I had transformed.”

Chau-Kuok cites her style inspirations as vintage Balenciaga, Dior and Givenchy—“I love Audrey Hepburn in classic Givenchy,” she says, drawing out the word ‘love’ for emphasis. “I also adore old glamour shots by [Richard] Avedon and Irving Penn. They had such a strong influence on my style.”

See also: The New Asia: The Most Powerful, Influential & Stylish People To Know In 2020

An appreciation for legendary designers aside, Chau-Kuok makes it a point to stress that style and luxury don’t necessarily go hand in hand. She recalls reading former Vanity Fair special correspondent Amy Fine Collins’ coffee table book, The International Best Dressed List: The Official Story, a retrospective of the publication’s famous (or infamous?) institution that was founded by Eleanor Lambert in 1940. That old-fashioned list, which Lambert once said was “a publicity stunt…when the fashion world was in wartime chaos”, and its strictly elitist criteria offer a stark contrast to today’s more relaxed attitude towards fashion, as individual style and tongue-in-cheek irony are increasingly celebrated.

“There was this belief that fashion could be seen as a competitive sport, which I don’t think it is,” says Chau-Kuok. “What I think is, you should always dress for yourself and not for anyone else. There are only three things that I believe will never go out of style: effortlessness, confidence and red nail polish.”