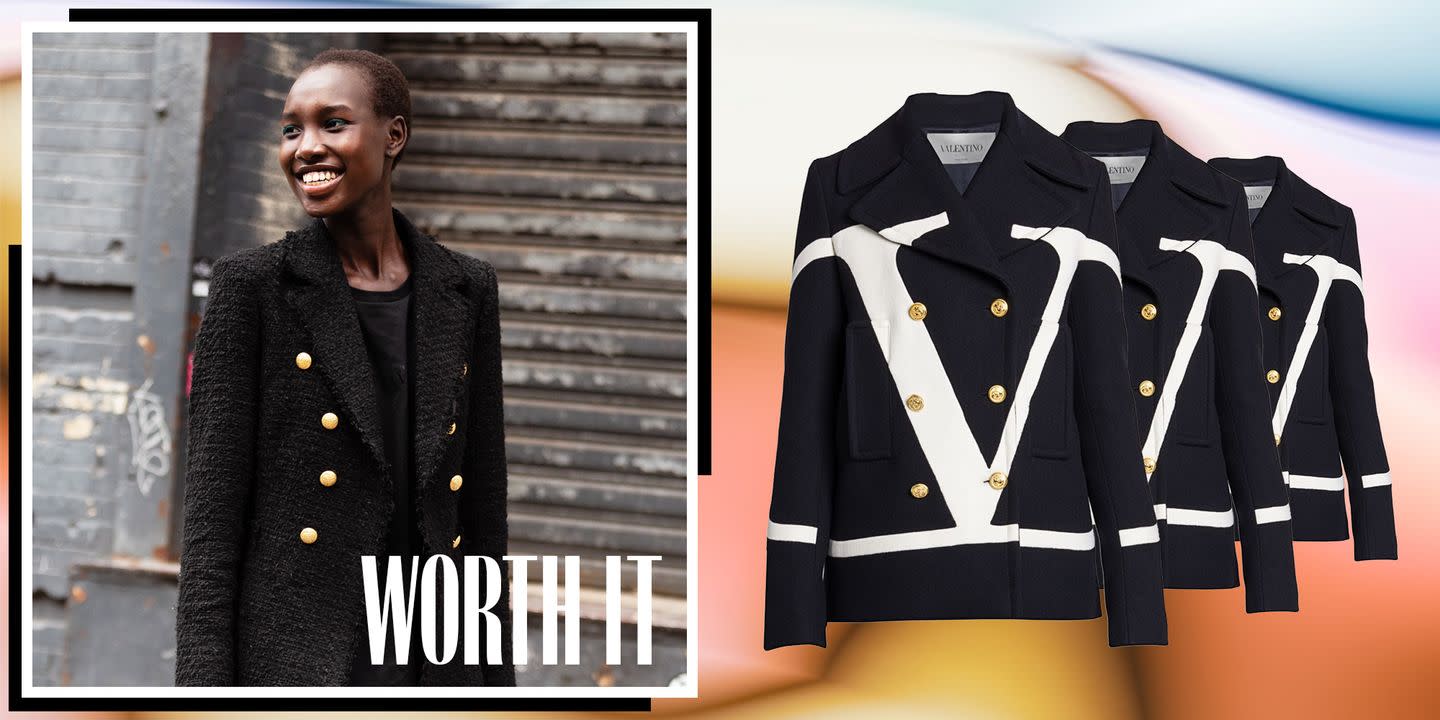 Warm and dependable, the sturdy double-breasted peacoat isn’t just the premiere jacket choice for sailors taking to the high seas. Today, the silhouette offers a classic, fashion-forward approach for a modern woman’s wardrobe. You’ll be impressed with its ability to flatter every frame. Here, we chatted with fashion historian, Kimberly Chrisman-Campbell, about the iconic menswear jacket style that’s perfectly suited for your fall outerwear needs.

Marie Claire: What are the peacoat’s origins?

Kimberly Chrisman-Campbell: The peacoat was first worn by sailors in the 18th century; the name may come from pije, a Dutch word for a thick, coarse wool fabric that’s warm and water-resistant. The style was later adopted by the British, French, and American navies.

MC: When was the style embraced by women?

KCC: Yves Saint Laurent, one of the biggest proponents of menswear-inspired style, showed a peacoat in his line’s first collection in 1962. Famous peacoat wearers include Jackie Onassis and Jane Birkin.

MC: What modernizes a peacoat?

KCC: Flap pockets instead of welt pockets, a longer silhouette with an hourglass shape, or the addition of a hood or belt. A traditional peacoat is fitted. However, boxy and oversize peacoats were popular in the 1980s and, more recently, in the late 2010s. The peacoat has enjoyed periods of heightened popularity without ever really going out of fashion.

A version of this story appears in the Fall 2020 issue of Marie Claire.