There is a strong pressure for conservative women to self-censor our views, lest we be mocked or stereotyped. But we have to be ready to fight back.

After interning in the summer of 2004 for my home state senator in Washington, D.C., I returned to the University of Virginia looking for a group of women who wanted to talk about the issues of the day and welcomed a more conservative perspective. There was a women’s club, a Women’s Studies department, and even a Women’s Center at UVA. But, because I am a conservative woman, my ideas were not fully welcome at the traditional women’s institutions on campus.

I started the Network of enlightened Women, known as NeW, that fall as an intellectual home for conservative women on campus. At the time, modern feminists routinely questioned and dismissed my views. Sixteen years later, the problem has gotten worse.

Popular feminists today are quick to mock, delegitimize, and pressure conservative women into silence. To many, we are “gender traitors” once we speak out or support conservatives in public life.

After we held our second NeW meeting in 2004, UVA feminists published a drawing of a conservative woman on the cover of their leftist magazine. What does a conservative woman look like to them? The illustration was of a woman baking cookies while connected to a machine that is popping out babies. They didn’t engage in the battle of ideas, instead they just stereotyped us.

Amy Coney Barrett: Beloved boss who will be a role model on the Supreme Court

Similarly, journalists have emphasized the size of Barrett’s “large family” and suggested it is odd while falsely smearing her religious organization as the supposed inspiration for “A Handmaid’s Tale.” Others have challenged whether the adoptions of two of her children were even legal.

When I speak on campus about feminism and equal pay, I routinely get a question from liberal students that I have not heard asked of a liberal speaker. How am I an expert? Instead of attacking my arguments, these students try to tear down my credentials in front of their peers.

This has happened to me before and after speeches on Facebook event pages as well. In 2017, for example, during a speech at the University of Georgia on “Opportunity Feminism: How The Right Can Fix Feminism,” I pointed out how statistics are misconstrued by the left in the context of our equal pay discussion. After the event, an attendee was quick to post on the Facebook event page questioning my expertise. 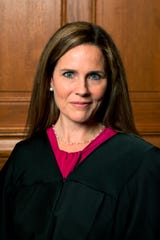 Despite her sterling credentials, Barrett has been criticized as unqualified for the Supreme Court because she has only three years of experience on the U.S. Court of Appeals for the 7th Circuit. Never mind that Justice Elena Kagan, who was nominated by President Barack Obama, did not have any experience as a sitting judge prior to her confirmation.

Modern feminists send the message that views held by conservative women aren’t welcome and that there will be social consequences for speaking out. I’ve heard from college students in the NeW network who don’t just worry about grades, but also making friends if their views are known. This creates a strong pressure to self-censor.

A new poll conducted by the Cato Institute found that 77% of conservatives feel they have to self-censor compared to 52% of liberals. The survey also found that the more time spent in higher education, the more likely a Republican will self-censor.

This mocking, delegitimizing, and pressure to stay silent has become so mainstream that even a former presidential candidate, former first lady, and Hollywood stars employ these strategies without any backlash from the media.

In 2018, former presidential candidate Hillary Clinton blamed her failed 2016 campaign on women who, she suggests, can’t think for themselves. She blamed women who buckle to “ongoing pressure to vote the way that your husband, your boss, your son, whoever, believes you should.” 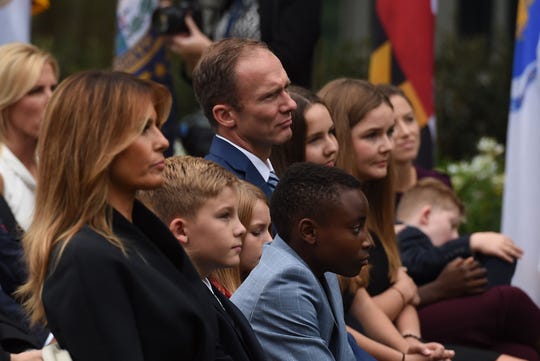 And we can’t forget that women like former White House press secretary Sarah Huckabee Sanders and former communications director Hope Hicks, who operate on the largest political stage in the world, are mocked rather than celebrated because they work for Republicans.

Ready to fight back.

Conservative women need to be prepared to fight back against those who seek to silence and marginalize them, especially as we become the focus of political debate and the Supreme Court.

When the mocking inevitably comes, women should name it and expose it for what it is: Stereotyping at its worst. Then work to move the debate back to the issue, which is whether Barrett is qualified to be on the Supreme Court.

Barrett has excellent credentials, but that doesn’t mean liberals won’t seek to delegitimize her. If anyone questions the professional qualifications of Barrett, her supporters should be ready to direct the conversation back to her academic and professional credentials and compare them to those of nominees put forth by previous presidents. Barrett graduated first in her class from Notre Dame Law School, clerked for Justice Antonin Scalia, practiced law at a prestigious firm in Washington, D.C., and has been a judge on the 7th Circuit since 2017.

And when a conservative woman notices she is being silenced, she should thoughtfully build out a community of women who truly welcome her views. This might be a group of open-minded women who hold diverse views, or it might be a group specifically for conservative women. The key is that the participants must listen and discuss the issues with the goal of encouraging each other.

One feminist author has already dismissed the symbolic victory of a female nominee because the nomination comes from Trump, “Trump nominating a woman to the court means very little for women as a whole — it’s a decision designed to only benefit Trump himself.”

For far too long, the left has controlled the narrative of what women want. Conservative women must push back. Our views are legitimate. We must remember that once silenced, we are giving the microphone to modern feminists. They don’t represent us, and we shouldn’t let them speak for us.

Karin A. Lips is the founder and president of the Network of enlightened Women, which educates women on conservative principles. She is a senior fellow with the Independent Women’s Forum and editor of “She’s Conservative: Stories of Trials and Triumphs on America’s College Campuses.” Follow her on Twitter @klips.