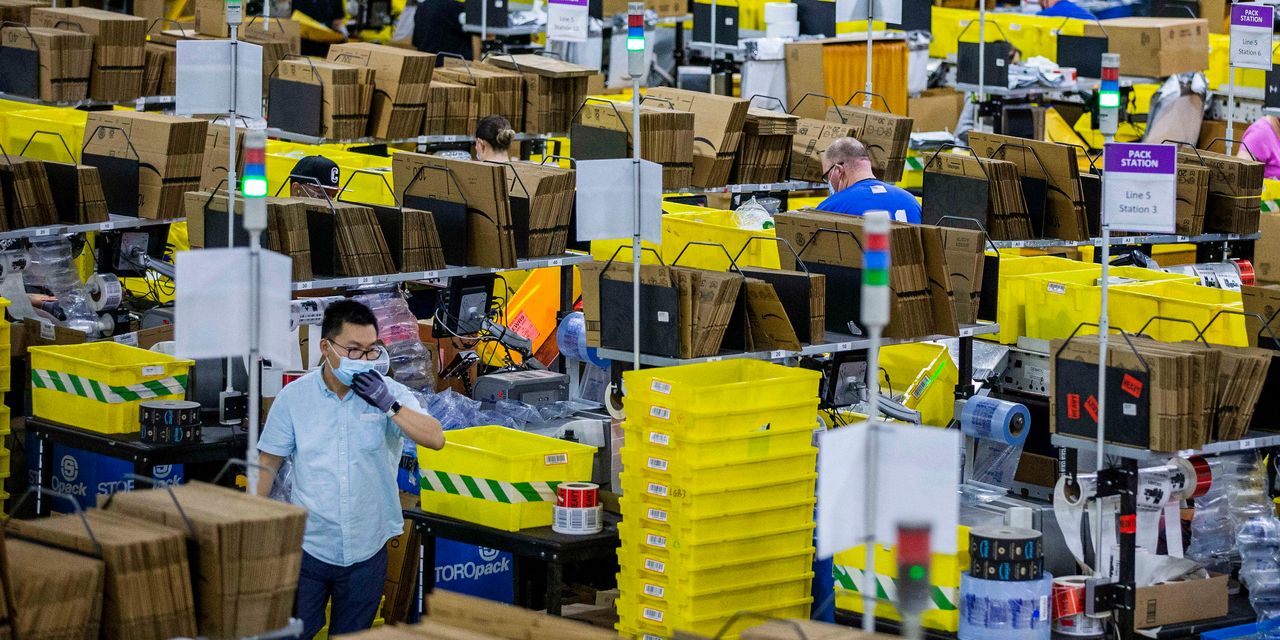 Retailers want the holiday buying season to hit full speed in October as they brace for a sluggish and unpredictable end to the shopping year.

The coronavirus pandemic upended the retail industry, closing some stores for months, spurring bankruptcies, moving shopping online and changing what consumers buy. Those forces, on top of a looming election, are shaking up what is traditionally the biggest sales period of the year.

com Inc., as well as smaller specialty retailers, are starting online holiday deals this week, instead of their usual launch in November. Retailers want to reduce crowding in stores, lighten what is likely to be a crushing load on the e-commerce supply chain, and lock in sales early to hedge against political and economic uncertainty, according to industry executives.

The retailer started offering holiday-themed discounts on Oct. 5, instead of in November.

The shake-up of the holiday shopping calendar started during the summer, when Walmart and Target said stores would close on Thanksgiving to reduce crowds and Amazon.com postponed its annual Prime Day because of pandemic supply-chain strain. The e-commerce giant recently rescheduled the July online sales event for this week.

Retailers are rushing to import holiday inventory. U.S. ports processed about 2.1 million cargo-container equivalents in August, up 8% from a year earlier, according to the National Retail Federation, a membership organization that promotes the industry. That is the highest number of containers imported monthly since the NRF began tracking imports in 2002, the group said.

“
‘Some holiday merchandise that normally wouldn’t arrive until Halloween is already here.’
”

Even if retailers can persuade shoppers to start buying early, the industry is bracing for a weaker and more unpredictable holiday season than usual. The NRF has delayed the release of its holiday forecast for the first time in decades, citing a lack of clear economic indicators and other variables, including the presidential election and a possible resurgence of Covid-19, the illness caused by the new coronavirus.

PricewaterhouseCoopers LLP didn’t release a holiday sales prediction this year. A survey from the consulting firm showed 40% of shoppers plan to spend less this year than last. Deloitte released two holiday sales predictions—a 0% to 1% sales increase at the low end and a 2.5% to 3.5% sales increase at the high end—depending on the strength of the economy and consumer confidence.

Politics is part of the reason for this year’s rush, executives say, as tension and uncertainty around the election could damp spending.

Some businesses are also preparing for social unrest after the election, said Tom Buiocchi, chief executive of ServiceChannel, a technology company that helps gyms, retailers and other businesses book and manage maintenance and cleaning tasks.

Hundreds of the company’s roughly 550 clients are stocking plywood at warehouses and reserving contractor capacity to board up locations “so they can mobilize super fast” if signs of unrest appear, he said.

Meghan Eisenberg, an interior designer in Los Angeles, said she plans to give homemade granola or jam to most of her family and friends. “People are more careful about saving money now since anything could happen, especially with this weird election,” the 37-year-old said. She hasn’t started gift shopping yet, but plans to do so almost entirely online.

An October Prime Day brings benefits and drawbacks, industry executives said. While it is likely to spur shoppers into action, it also leaves competitors and some merchants scrambling to match deals on those days.

After Amazon started to inform suppliers, such as toy makers and entertainment companies, of the new Prime Day dates, some rushed to negotiate their pricing plans with Amazon competitors, according to a person familiar with the situation. Amazon’s rivals had to adjust quickly to grab competing inventory and drop prices, potentially throwing off the cadence of their holiday plans, said Joel Rampoldt, a managing director in the retail practice at AlixPartners.

How much of your holiday shopping do you expect to do online this year, and how does that compare to previous years? Join the conversation below.

The typical pricing template for the holiday season is cheap in November and expensive in December, Mr. Rampoldt said. “This year if you try to draft behind Prime Day, you may not have [products] yet, you may not want to cycle through it yet, or your plan to get to more profitable stuff may be thrown off.”

Sephora and others with shipping and tracking purchases and returns. “It’s better to take fewer orders at once but over a longer period,” or risk disappointing shoppers with delays, he said.

Some large bricks-and-mortar retailers have promised more consistent online deals all season to reduce the incentive for shoppers to crowd stores. Target promised “Black Friday pricing all November,” and to match the price of purchases in November and December if a customer later found a lower price.

said its Black Friday prices will be in effect all November and December. Most retailers continue to meter crowds in stores for health reasons.

Despite the industry’s best efforts to fast-forward the season, many shoppers could stick to their old habits. About 43% of holiday shoppers surveyed by the NRF say they are waiting until November to start buying for the season.

If shoppers can’t get their online order in time for Christmas at a reasonable price, they could head to stores, said industry executives and consultants.

“Stores could be the savior,” said Steve Barr, an independent retail consultant. “People will be able to shop and get what they want,” he said. “But the flip side of that is lines and traffic flow and local health restrictions.”

—Suzanne Kapner contributed to this article.