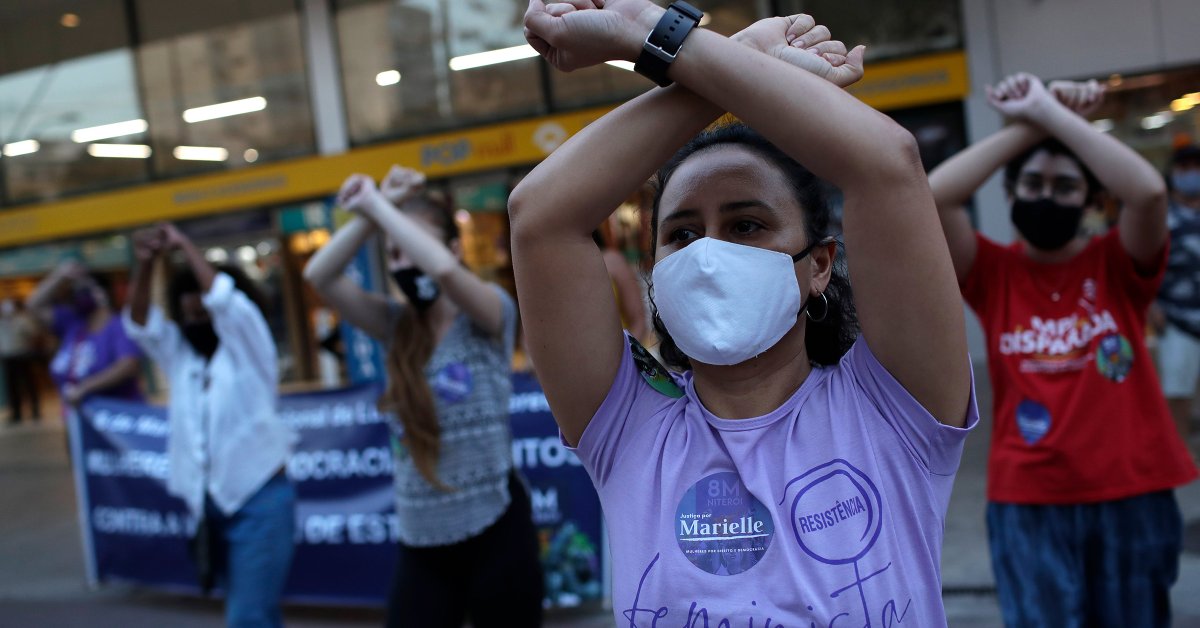 The UN Secretary General’s latest report on COVID-19 contains a chilling statement: “gains on gender equality risk being reversed by decades” by the pandemic. The numbers paint a stark picture of a possible 2 million additional cases of female genital mutilation globally by 2030, 13 million additional child marriages, an additional 15 million women and girls subjected to gender-based violence for every 3 months of lockdown, and a further 47 million women forced into extreme poverty.

The prospect of “decades” of progress in women’s rights being undone by the pandemic is intolerable and ought to be unthinkable. It is over half a century since the UN Universal Declaration of Human Rights promised equal rights for all women, yet basic rights, protections and freedoms are still non-existent in some countries. In others, they are built on such fragile foundations that it seems the pandemic might sweep them away.

These problems cannot be blamed entirely on the coronavirus. While the virus has inflamed inequities in societies, it did not create them. Humans — not disease — are responsible for unjust laws and systems, and racial and social inequality. The coronavirus is just the latest excuse for all that we didn’t fix ourselves.

Even before the pandemic, which has led to a shocking rise in domestic violence, more than three women a day on average were murdered by their husbands or boyfriends in America. Globally, an estimated one in every three women faced being beaten, raped or otherwise abused during her lifetime, with in most cases, the abuser being a member of her own family. There were over three times as many female victims of intentional homicide in 2017 worldwide than victims of terrorism — and over half of them were murdered by a family member.

We live in an era of artificial intelligence and quantum computing. Yet the basic rights of women to an education, the vote, control over their bodies, equal protection under the law, equal pay and full representation in society, are still debated in terms that would be familiar to early campaigners for women’s rights, with much of the same old unrepentant misogyny, worn out excuses, and outright violence. In our world, the existence of an entire hospital in the Democratic Republic of Congo largely devoted to treating victims of brutal rape — among them babies and young children — is taken as normal.

Less than 1% of all international humanitarian assistance goes toward sexual and gender-based violence programs — a clear signal that preventing such crimes is not accorded high priority by governments. And previous pandemics such as Ebola have shown that more women are likely to die from a lack of services to respond to violence and illness than from the disease itself, yet international efforts to meet the needs of vulnerable women remain underfunded and subject to political backlash.

With hindsight, we’ve accepted or congratulated ourselves on progress in women’s rights that has been incremental, painfully slow, and all too easily reversible. The younger generation — including those voting for the first time in the upcoming U.S. election — should not be as patient or accepting of compromises.

The possibility of a setback in women’s rights globally ought to provoke a tidal wave of anger and concern, and pressure on governments to guarantee that they will not countenance this unjust and dangerous outcome. Continued suppression or reversal of women’s rights would lead to a more insecure and divided world, with greater numbers of refugees and increased conflict. It is as much a threat to our interests as it is an affront to our values. Women shouldn’t be the main voices in this fight. Men must take a stand.

This should not be a partisan issue. Yet it has emerged as a dividing line in next month’s Presidential election. The Violence Against Women Act (VAWA) was allowed to lapse in February 2019 and has yet to be reauthorized. Only Joe Biden has committed to the authorization of VAWA in his first 100 days in office and to America leading in the fight against gender-based violence globally.

But we need more than a return to the status quo before the pandemic. At home, we need a far greater focus on safety: the prevention of domestic violence, greatly increased support and services for survivors including children exposed to violence and trauma, and a system that provides accountability.

Abroad, we and other powerful countries should acknowledge the blatant inconsistencies in our approach to foreign policy: our willingness to turn a blind eye to human rights abuses when they are committed by allies or partners with whom we want to do business, or when we simply decide that our own political priorities have shifted. Doing so makes it all too easy for others to shirk their responsibilities.

In Afghanistan, for example, after an invasion we justified in part on the grounds of the Taliban’s treatment of women and two decades of efforts to support Afghan women in their demands for an equal place in society, we have knowingly taken part in a diplomatic process that side-lined Afghan women. America is stewarding a peace agreement that may not even require the Taliban to guarantee the basic right of all Afghan girls to go to school, without exception. Equal rights should mean just that, not equal rights where expedient.

Not to use our influence to defend and promote women’s rights at a time when they are threatened would betray the fundamental principles of our democracy. It would also send a message to young girls everywhere — already conscious of growing up in an unequal, unjust world — that even though we could see their horizons narrowing during this pandemic, we didn’t care enough to try to stop it.

If you or someone you know is experiencing domestic violence, contact the National Domestic Violence Hotline via text or call at 1-800-799-7233.

The Coronavirus Brief. Everything you need to know about the global spread of COVID-19

For your security, we’ve sent a confirmation email to the address you entered. Click the link to confirm your subscription and begin receiving our newsletters. If you don’t get the confirmation within 10 minutes, please check your spam folder.