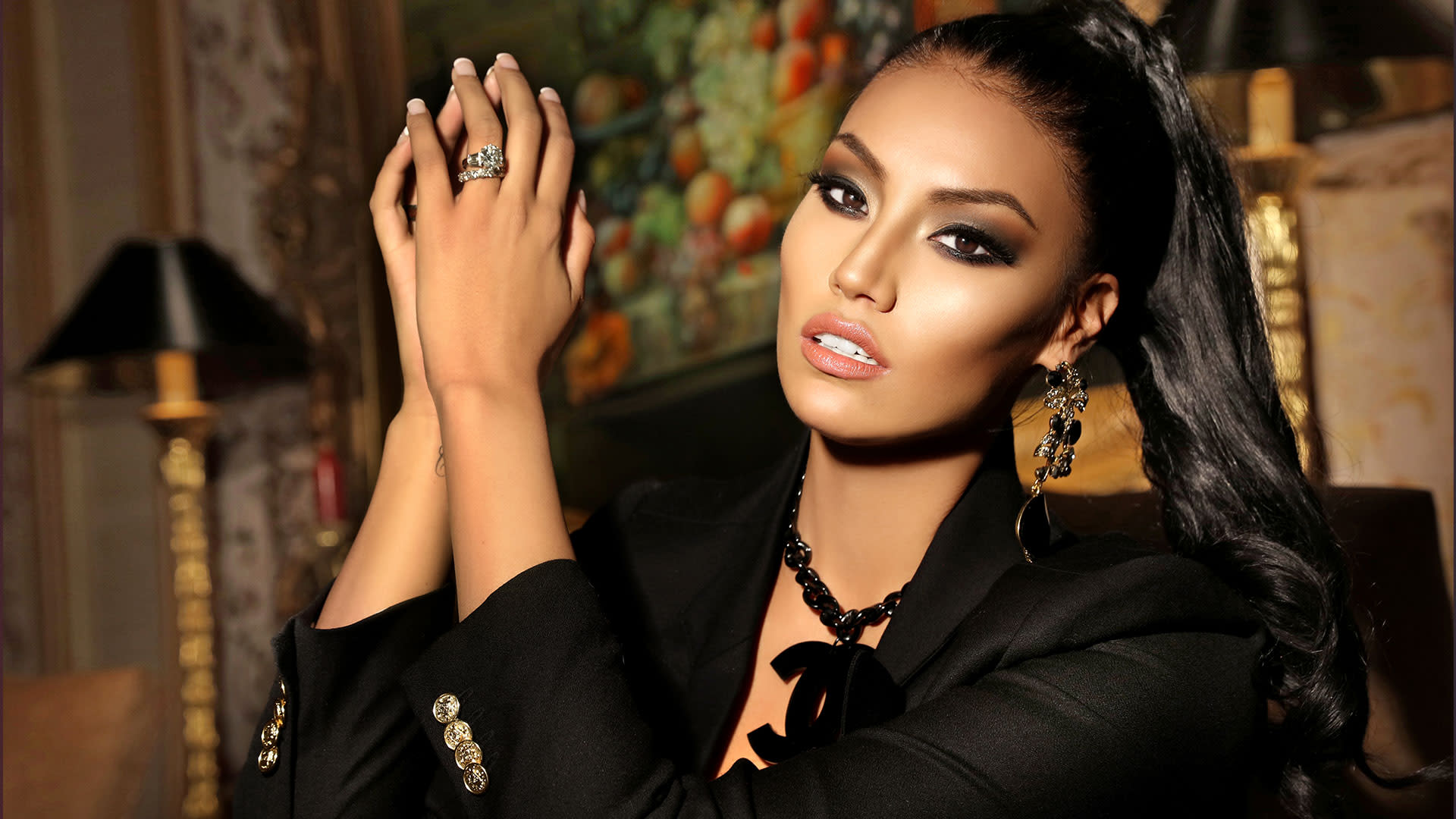 In 2015, Ashley was the first Canadian and the first First Nations woman to be crowned Mrs. Universe—but prior to her, the pageant hadn’t had an Indigenous American or Canadian winner in its nearly 70-year run.

And that is obviously not a reflection of the Indigenous community and their ability to participate and win. Instead, it’s a reflection of the mainstream media’s enduring inability to recognize beauty that deviates from hegemonic whiteness, unless racialized women’s bodies are exoticized, fetishized, or their features are co-opted and repurposed for white consumption.

“There aren’t very many opportunities,” Ashley Callingbull told Complex Canada. “You almost have to make it for yourself. And being the first Indigenous woman to compete in these pageants and win these titles, it was extremely hard.”

For Callingbull, being different in the pageant world came at a cost. “So many people were against me, saying that I didn’t belong and that I didn’t fit the mould,” she reflects. But she chose to counter that with positivity. “I didn’t want to fit in. I wanted to stand out and be myself.

“But even in modelling,” she continues, “you never see Indigenous women gracing covers of magazines. You don’t see them being spokespeople for huge brands. That’s something that I’m working on, not just for myself, but to open the door for others to follow.”

As outrage across Canada continues to grow over the country’s systemic racism after a shocking video posted on social media this week showed hospital staff in Quebec mocking a dying Indigenous woman in their care, the conversation about repesentation, and minorities using their platforms for change, becomes all the more important.

This summer, Callingbull covered Kind Magazine and in addition to being the face of Nike’s N7 campaign, she also serves alongside actress Karine Vanasse and Olympic figure skater Tessa Virtue as ambassadors for RW & Co. “I may be the first,” she says, “but I won’t be the last.”

While there weren’t many Indigneous people in entertainment for Callingbull to look up to growing up, there were definitely some. She cites Stumptown actress Tantoo Cardinal and her late uncle, actor Gordon Tootoosis, as early idols.

But in other realms, like modelling and pageantry, representation was scarce. Still, Callingbull hopes that that won’t be the case going forward. “I felt like I had to push myself harder to try to be that person for other people,” she says.

And while we hold brands accountable for lack of diverse representation, there is also a need for authenticity. It isn’t uncommon for brands to flaunt their diversity when it’s a buzzword and return to business as usual once it’s no longer a trending topic. Callingbull insists that this wasn’t the case with Nike.

When the N7 campaign launched at the end of June, calls for diversity and call-outs for problematic behavior dominated our feeds. But having already worked with the brand, Callingbull says that the campaign was far from performative.

“I don’t want to ever be considered as a token so I’m glad that with N7, it’s strictly for Indigenous people and Indigenous youth,” she says. According to their site, Nike’s N7 fund has donated over $8 million to Indigenous communities and organizations since its inception in 2009.

“It’s all Indigenous faces on the campaign. That’s something you never see with big brands like that, so it sends a really powerful message,” she says.

Still, she agrees that true representation starts behind the scenes. “It needs to come from the inside,” she says. “Not just the faces of campaigns, but people who are at the head of the table.

“A lot needs to change and it mostly needs to change from within. Who are the people making the big decisions on behalf of us? There aren’t enough Indigenous leaders in these companies at the table making decisions. That’s something that we have to work on,” she says.

“It can come from all different directions, whether it be hiring more people of colour and having inclusion and diversity within the company or changing how you target your audience and making your product more available for other people so that they feel included.”

It isn’t an easy fix, but a solution is possible. “It’s just a matter of whether or not you want to put in the effort,” Callingbull says.

Behind the scenes for the N7 campaign, having an Indigenous hairstylist and makeup artist, who also happened to be Callingbull’s sister, made all the difference. In addition to making her more comfortable on the virtual set (the campaign was shot via Zoom), she says that their shared roots ensured that her culture would be authentically reflected in the photos. “For a shoot that is related to my culture” she says, “if the makeup artist or hairstylist is not Indigenous, they won’t understand certain concepts.”

The understanding and appreciation for Indigenous beauty shines through in Nike’s N7 campaign and in Callingbull’s career as a whole.

And she credits this for her confidence. “When my culture shines through, that makes me beautiful. My culture is my strength and that’s what makes me stand out,” she explains.

With her sights set on eventually starting a foundation for Indigenous women experiencing domestic violence, Callingbull is keeping up the momentum. But more than anything, she hopes to inspire others by sharing her story. “My story is a story of resilience,” she says. “Everything that I overcame, from poverty and abuse to intergenerational trauma, are things that are very common in our country’s Indigenous communities.”

The Canadian Poverty Institute noted that one in four Indigenous people in Canada are living in poverty. This makes Ashley’s ascent even more inspiring and even more important. “For me to share my story and travel to meet youth from very secluded communities, it brings a light into their lives to see someone relatable,” she says.

The pace is picking up on Callingbull’s career (she shared her eTalk tryout reel on Instagram a while back and is hoping to join as a host) but with empowerment at the forefront of her agenda, her mission has long been accomplished—yet she’s far from finished.