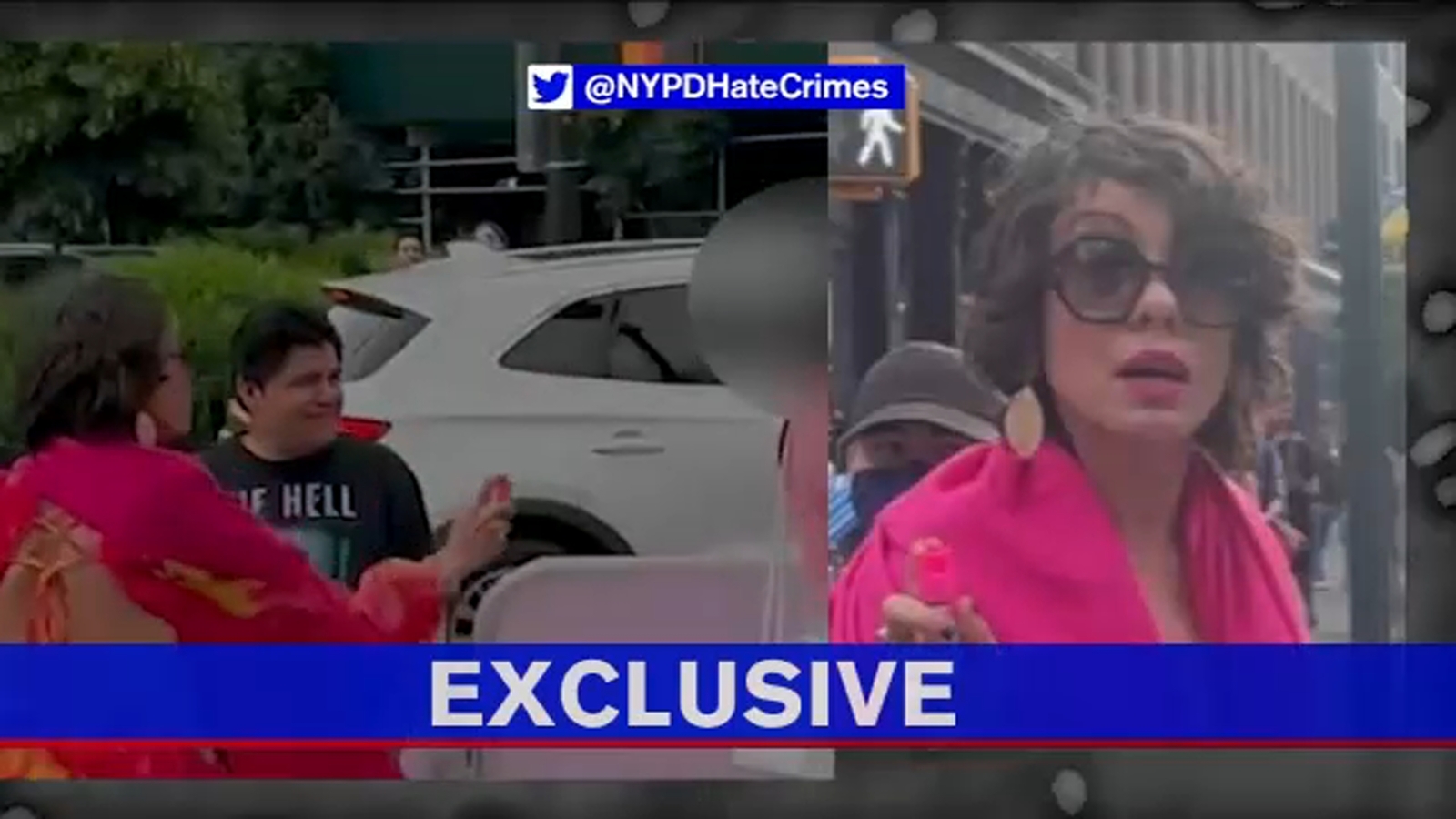 The victims were four young women in their 20’s from Queens, who have experienced anti-Asian racism, but nothing like this.

A woman sitting in a public plaza in the Meatpacking District on Saturday, hurled hateful language at the young women and then blasted them with pepper spray for no reason.

Three of the four victims of that attack spoke exclusively to Eyewitness News reporter Sonia Rincoln, but asked that they remain nameless and not be shown on camera.

They say they were enjoying a warm Saturday afternoon catching up with friends and checking out the flower installations in the Meatpacking District. That’s when a stranger, who had her back to them sitting on one of the large stones on 9th Avenue, picked an argument.

“She turned around and she was like, ‘you guys are trying to harass me,'” one victim said.

“I said, we’re not trying to bother you,” another victim said.

One of the victims said she even apologized to the suspect.

“Like I’m sorry, I didn’t intend to make you feel that way,” the victim said.

The group started recording when the woman unleashed a racist tirade and pulled out a can of pepper spray.

“Saying like, go back to where you came from, you don’t belong here,” one victim said. “She pointed to an Asian bystander who was a man, we didn’t know who he was, pointed at him and said take your (expletive) back to your country.”

“We distanced ourselves, we tried to do the right thing,” another victim said.

The women and at least one bystander recorded as much of the bizarre incident as they could, despite feeling the burn of the pepper spray on their faces and in their eyes.

“It was so painful. I couldn’t open my eyes for about 30 minutes,” one victim said.

It turns out the four women attacked on Saturday may not have been the only ones. One of them later got a message from someone who said she got the same treatment from the same woman at the same location less than an hour earlier. In that case, they say the woman pepper sprayed and verbally abused three people, including a 13-year-old girl.

“Learning that she did this to other people, including a minor? That’s not ok. She needs to be caught,” one of the victims said.

They say as life-long New Yorkers, they’re well aware of anti-Asian hate crimes and have had their guards up, but didn’t see this coming

“It’s not like we haven’t had racist remarks towards us growing up, but this was like the first time we’ve ever felt it to this physical extent,” one victim said.

A bystander’s phone camera captured the woman walking over and getting in one last blast of pepper spray.

Bystanders helped the women but seemed too afraid of the attacker to stop her from getting away.

The women say they are grateful to those who did try to help them even though the suspect escaped.

“I think it’s important to be a good human civilian, and just like, make sure that even if you don’t know that person, make sure they’re okay. It’s not a spectacle,” one victim said.

The NYPD is investigating this as a hate crime and want to hear from anyone who recognizes the woman.

Submit a tip or story idea to Eyewitness News

Have a breaking news tip or an idea for a story we should cover? Send it to Eyewitness News using the form below. If attaching a video or photo, terms of use apply.