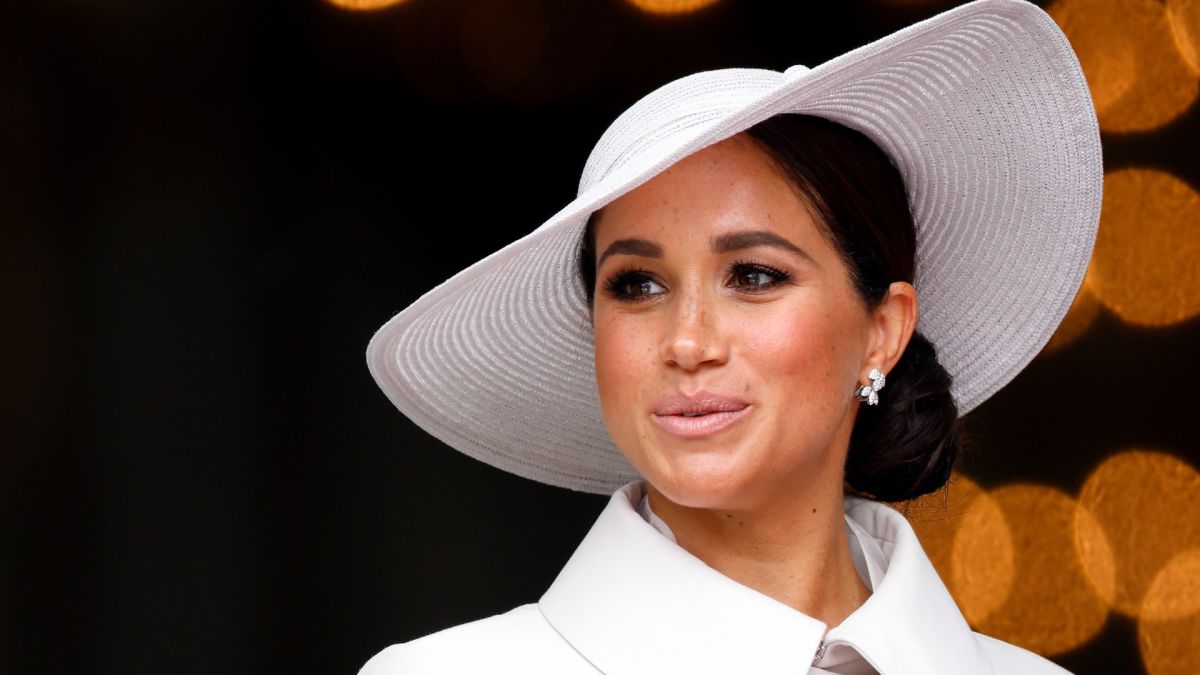 Don’t get us wrong: Prince Louis’s meme-worthy facial expressions stole the show at the Platinum Jubilee. But the beauty looks? They didn’t disappoint either. With repeat appearances from Kate Middleton and Princess Charlotte, a little dose of Meghan Markle, and surprise arrivals from Kate Moss and Phoebe Dynevor, the weekend-long celebration across the pond offered up endless hair and makeup inspiration.

While each royal or celebrity in attendance brought their own flair to the festivities, hair accessories were a constant. We’re talking about headbands, classic fascinators, and even little ribbon bows. In the makeup department, petal pink lips were trending—everyone from Zara Tindall to Princess Eugenie got in on the trend.

Want more royal beauty inspiration? Keep scrolling because we’ve rounded up the best beauty looks from the Platinum Jubilee, ahead.

It doesn’t get any better than the little royal’s braids at the parade. I mean come on, she even matched a little blue ribbon to her dress.

Pippa had quite the headline-making appearance at the Platinum Party. Not only did she debut her baby bump (she’s expecting her third child with husband James Matthews!), but she also rocked beachy waves that are super easy to recreate. Just use a one-inch curling iron throughout and leave the ends out.

For a visit to Cardiff castle, the Duchess of Cambridge matched her makeup to her Eponine London Wool Cape Coat, which was a repeat wear. Her lips and cheeks took up a rosy-meets-coral tone. And can we talk about the brows?! So bold, so defined, and so good.

It was all about simplicity for the royal at the National Service of Thanksgiving. She kept her skin soft and glowy (it looks like she used barely any powder), kept her eye makeup to a minimum, and popped on a petal pink lip.

Don’t let the *gorgeous* fascinator distract you from the Hold Still author’s intricate updo at the National Service of Thanksgiving. Her long brown hair was tucked and pinned into a chignon that was just as stunning as her typical blowout. Her makeup fell to the more dramatic side: she embraced a smoky eye, bright lip, and bronzed cheek.

This whole look is filled with beauty inspo. From her bouncy ponytail (she had hair wrapped around the elastic) to her dewy complexion, the Princess of York looked gorgeous at the National Service of Thanksgiving. Her pink lip, which erred more bubblegum than mauve, worked perfectly with her blue ensemble.

While the Duchess of Sussex took a back seat for the majority of the weekend’s festivities, she did deliver a gorgeous look at the National Service of Thanksgiving. The mom of two, who works with makeup artist Daniel Martin, opted for a soft and timeless beauty look. Think: nude lips, a bronzed complexion, and a soft smoky eye. She played up her blush, with a pink dusting on the apples of her cheeks.

Princess Anne’s daughter gave the illusion of an updo at the start of the weekend’s festivities. While she normally wears her shoulder-length hair down in waves, here she pinned her strands to the nape of her neck. That said, she did leave one face-framing curl out in front.

Leave it to Charlotte Tilbury, the official beauty sponsor of the Platinum Parade, to give the supermodel the perfect makeup. Obviously, she used her K.I.S.S.I.N.G. Lipstick in Nude Kate. When it came to hair, Moss committed to a bohemian aesthetic. She showed up with crimped curls and a beaded hair accessory.

The Bridgerton actress mixed two lip shades: Charlotte Tilbury’s Lip Cheat in Crazy in Love and the Matte Revolution in Walk of No Shame. Her cat eye was also *chef’s kiss.*