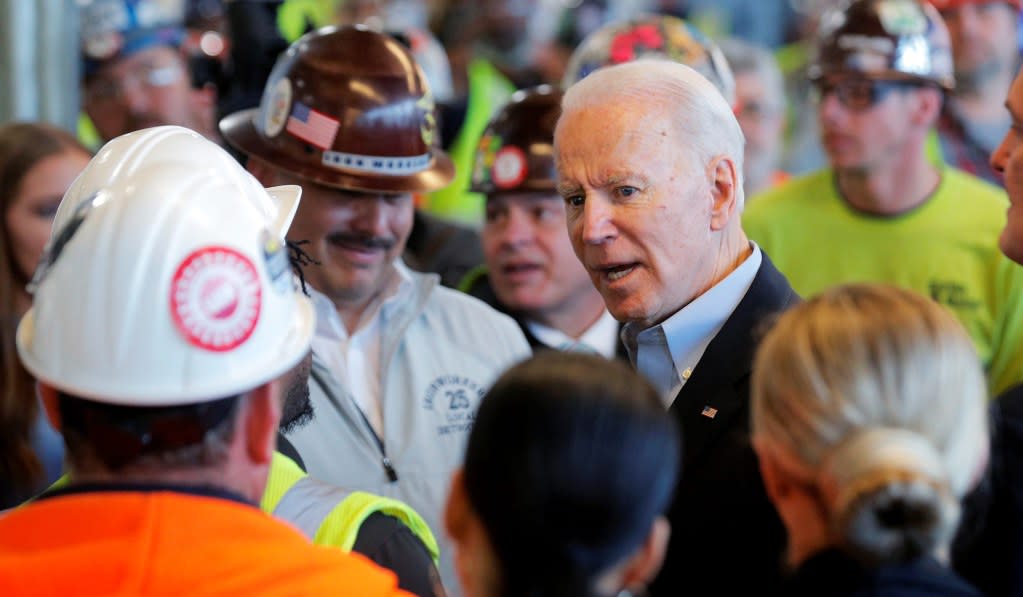 In July, the “Biden-Sanders Unity Task Force” released a list of progressive policy recommendations for Biden’s campaign. The presidents of each of the biggest government unions — including AFSCME, SEIU, NEA, and AFT — were involved in preparing the proposals related to organized labor.

At the time, Vox noted that it was, “unclear how many of these specific policy recommendations Biden’s campaign will adopt . . .”

Now we know: all of them, and more.

Government unions such as AFSCME routinely boast that, wherever collective bargaining exists in government, unions can use political action to “to directly elect our bosses.”

Accordingly, the former vice president’s labor plan envisions the unionization of all public-sector workers, including in states that have concluded, as FDR did, that public service functions best when day-to-day operations aren’t controlled by a special interest group.

Practical implications aside, allowing the federal government to dictate how every other public entity, from state governments down to local school boards, manages human resources and labor relations would be a sweeping expansion of federal power over states, raising serious constitutional questions.

The Trump administration repealed the regulation in 2019, which brings in about $150 million per year for unions such as AFSCME and SEIU, though unions have filed litigation to preserve the old rule.

The heart of Biden’s policy platform for private-sector unions calls for adoption of the PRO Act, an expansive union wish-list that would end any pretense of allowing workers to make up their own minds about unions. Among other things, the law would require employers to allow their internal communications systems to be used for union organizing and force them to turn over employees’ personal information — including home addresses, cell phone numbers and personal emails — to union organizers. At the same time, the bill would restrict employers’ ability to speak with employees about the implications of unionization.

Perhaps most concerning, the PRO Act would ban right-to-work laws, which have so far been adopted by 28 states and which protect the rights of workers to choose for themselves whether to surrender part of their paychecks to unions.

Thankfully, the U.S. Supreme Court’s 2018 decision in Janus v. AFSCME recognized that unionized public employees have a constitutionally protected right to refrain from union payments without losing their job, but, under the PRO Act, millions of private-sector American workers would be stripped of similar protections.

In several respects, Biden promises to go even further than the brave new world envisioned by the PRO Act.

Whereas the PRO Act would sharply increase civil and monetary penalties for employers found to violate employees’ union rights, Biden proposes “[holding] company executives . . . criminally liable” for such violations. Recall that, under the Obama-Biden administration, the National Labor Relations Board’s expansive view of labor rights encompassed allowing employees to use abusive language and racial slurs when engaged in union activity.

Additionally, a President Biden would go further than the PRO Act in seeking to deprive employees of the ability to vote on unionization in a fair, secret-ballot election, instead requiring union recognition if organizers can pressure most employees in a workplace to sign union authorization cards.

Biden justifies these sweeping changes — and many, many others — by noting that Americans generally approve of unions, according to Gallup. But the same polling shows that as many as 80 percent of Americans oppose mandatory unionization.

Americans don’t much like being told what to do and are inclined to expect a government not overly beholden to special interests. But if even a fraction of the union policies touted by Biden’s campaign becomes law, they should expect a lot more of both.