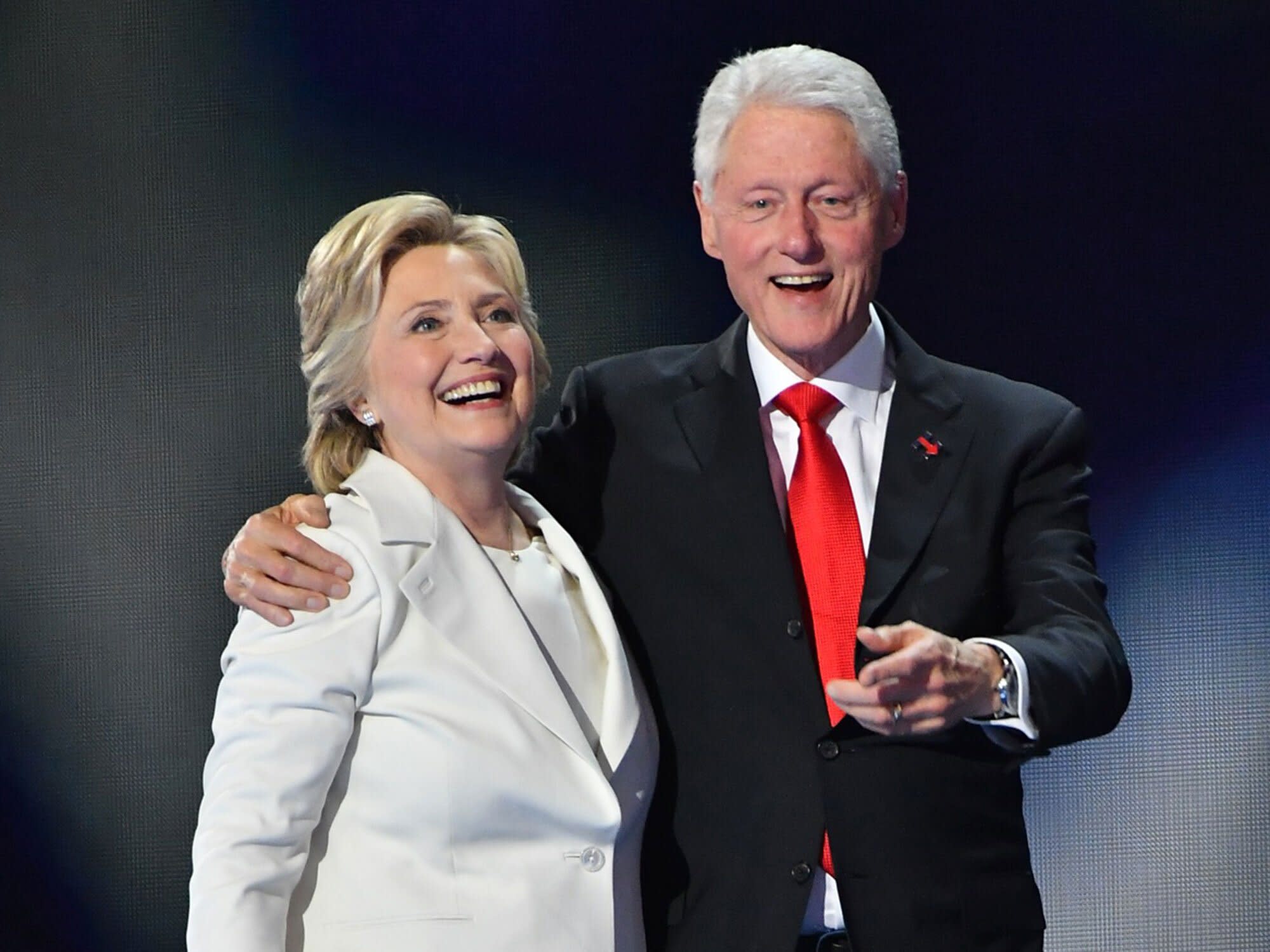 Bill and Hillary Clinton are celebrating a major milestone: 45 years of marriage.

The former president and secretary of state marked their wedding anniversary on Sunday with posts on their respective social media pages.

“October 11th was a beautiful day 45 years ago,” Bill Clinton, 74, wrote on Twitter alongside a sweet image of the pair. “Still is. The bride was beautiful too. And still is. Happy Anniversary, Hillary. I love you.”

For her own post, the former Democratic presidential nominee shared a throwback photo from their 1975 wedding. “Forty-five years,” she captioned the picture. “Never a dull moment, and you’re still my best friend. Love you, Bill.”

October 11th was a beautiful day 45 years ago. Still is. The bride was beautiful too. And still is. Happy Anniversary, Hillary. I love you. pic.twitter.com/VMfjEiABD1

Earlier this year, the mother of one, 72, made her first-ever visit to Watch What Happens Live and opened up about how her husband helped support her through the fallout of her loss to now-President Donald Trump in the 2016 election.

“He is so romantic and so sensitive that I will come home sometimes and he’ll have flowers for me because he knows I’ve had a bad day,” she told host Andy Cohen in March. “He’s really so thoughtful.”

The former first lady added that her husband knew how to be there for her after her presidential campaign. “Lots of times, I was just so devastated. I would just lie down, he’d lie down next to me and just hold my hand,” she said. “He was so great.”

In September 2017, about 10 months removed from the fateful election, she told PEOPLE about her “liberating” life afterward — and how her husband was a beacon of reassurance for her.

“Bill is my partner in life,” she said at the time. “Over this last year, we’ve spent long hours walking the trails behind our house, talking about things I wished I’d done differently in the election. He’s listened to me vent. We’ve shared a lot of quiet moments too.”

Mrs. Clinton added: “The time we’ve spent just being together has made me more grateful than ever for a husband who is good company in happy times and sad.”