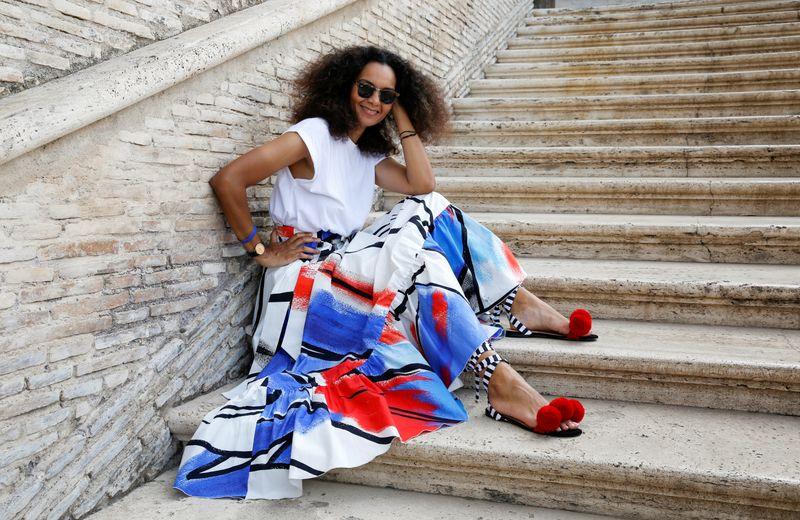 MILAN (Reuters) – Black designers presented collections at Milan’s fashion week in a show aimed at raising awareness of the lack of diversity in the industry.

The five designers are part of the Black Lives Matter in Italian Fashion group, a name inspired by the international movement leading worldwide protests against racial injustice.

The “We are Made in Italy” digital event was filmed in Milan’s grand Palazzo Clerici and hosted the spring/summer 2021 collections of Fabiola Manirakiza, Mokodu Fall, Claudia Gisele Ntsama, Karim Daoudi and Joy Meribe.

The event was one of the virtual shows of the first fashion week since the coronavirus pandemic.

The five designers were mentored by Italian-Haitian Stella Jean, the only Black member of the Italian fashion council, who is campaigning against racism in the industry.

“Made in Italy was represented around the world as being a white concept, now it is no longer like this. The new Italy is not this and does not want to be this,” said Jean.

Jean is demanding the sector’s governing body supports Black designers and has called on Italian fashion houses to do more to confront racism.

“In Italy we have a racial problem and if we don’t start opening the wound in order to heal it, the wound will never heal,” she said.