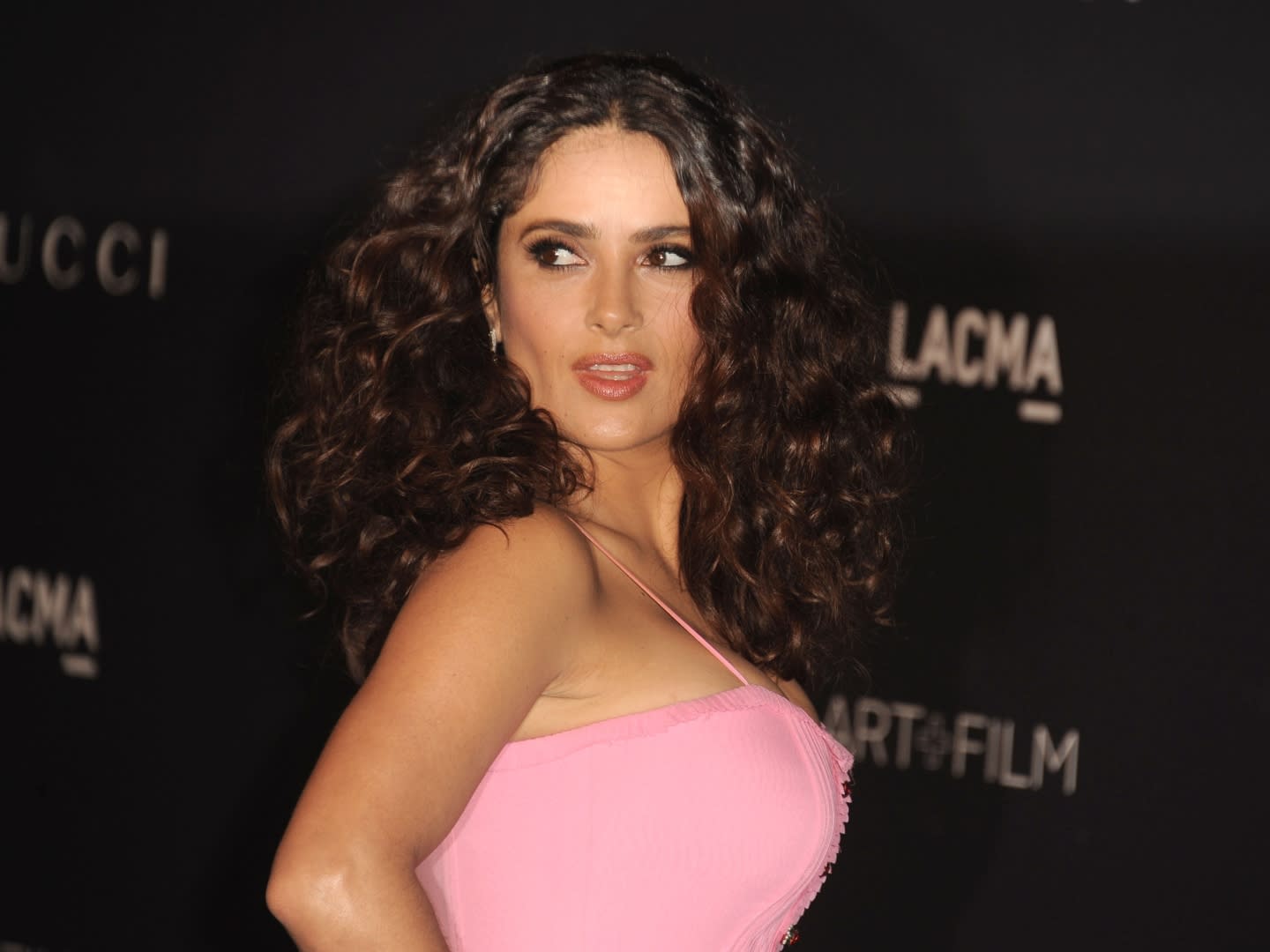 Hey, did you briefly make the mistake of forgetting that Salma Hayek is both the hottest and coolest woman on the internet? No problem, she’s got a reminder ready and waiting — this time, with a throwback to a gloriously weird German talk show that involves making their celebrity guests complete outrageous challenges when they lose a bet. Hayek, always willing to poke fun at herself (and yes, post the occasional thirst trap, because with that body it would be criminal not to), shared her own punishment for losing a bet in a hilarious new Instagram video: squeezing into a traditional Bavarian dirndl at the specific request of Karl Lagerfeld. While Hayek modeling a dirndl on any old day is definitely a TV-worthy appearance, this situation was made a slightly tighter squeeze by the fact that she was still breastfeeding daughter Valentina at the time, the actress explains. And the video that came out of it is definitely making us LOL.

“When I was still breastfeeding my baby Valentina, I lost a bet in the German show ‘Wetten Dass…?’ and my forfeit was to put on this beautiful, traditional dirndl that @karllagerfeld convinced me to wear, even though I could barely get myself in it!” Hayek writes underneath the throwback vid. “How do you say “no” to a #fashion king?”

It’s true — Karl Lagerfeld would be pretty dang hard to say no to. And it’s not like Hayek doesn’t rock this look, from her sky-high platform heels to her neatly-tied braids. For all Bavarian fans of Salma Hayek, what a wondrous day this must have been. And props as always to the super-candid Hayek for letting us know that, when she looks at this video, all she remembers is that she was breastfeeding Valentina between appearances and how much harder this dirndl was to lace up than usual. That’s the kind of real-time insight we wouldn’t have expected from stars in 2009, and we’re glad to be getting the retroactive commentary now.

Before you go, click here to see the best candid celebrity photos of all time.