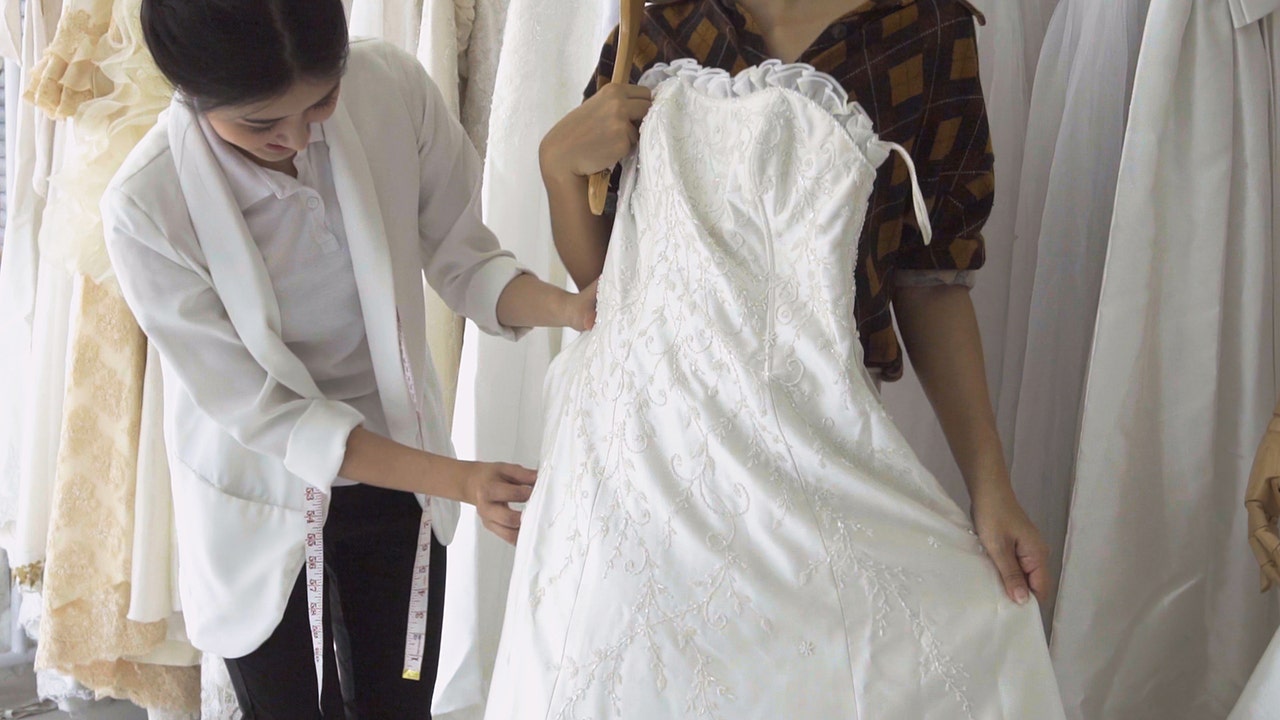 An anonymous bride is claiming her mother and sister in law took turns trying on her dream dress without her permission.
(iStock)

What a wedding dress mess.

A bride-to-be has taken to Reddit to vent about an alleged incident involving her soon-to-be mother-in-law and sister-in-law trying on her wedding dress without her consent, and ultimately ruining it.

According to the anonymous poster, who identified herself as an engaged 26-year-old, her fiancé’s mother had been very aggressive about the type of wedding dress she chose for the upcoming October wedding. At one point, her mother-in-law allegedly “demanded” the bride take her on shopping trips for the dress, but the Redditor writes that when she invited her mother-in-law to the appointment, she began “making excuses about how busy she was with my sister-in-law.”

The bride-to-be instead said she went shopping with her mom and found a dress that was “a little over” what she had saved for, but ended up being perfect after she made some alterations.

“I made some changes to it and it was perfect, it arrived to my apartment at the end of the week, I made sure it was stored in a safe place so it doesn’t get ruined,” the woman wrote.

Unfortunately, that safe place didn’t stay so safe for too long.

“Yesterday, I got back from my mom’s house, and found that my fiancé wasn’t home [and] neither was the dress, I called him immediately knowing that he must’ve taken it to show it to his mom since she continuously asked to see it and refused to have me send her pictures of it on Facebook,” the poster wrote.

Furious, she said she called her fiancé to confirm he had taken it.

“…When he arrived I ran to get my dress that was buried underneath grocery bags, I took it to check on it and its zipper was broken and the dress itself (fabric) was stretched out, I was like what the f— happened to it,” she wrote.

Upon closer inspection, the woman said the dress “looked ruined [and] the straps were almost loose.”

When she confronted her fiancé, he told her his mother and sister had taken turns trying it on, she wrote.

“She said she’d get a replacement for the broken zipper, but I told her to pay for a new dress since it was stretched out and no longer fitting,” the woman wrote. “She refused and said that I probably wasn’t happy with my dress choice and wanted to her to pay so I could get a new one.”

The bride-to-be added that she hated the now-ill-fitting dress, but also because “someone else wore it before me.”

After she shared that the incident had forced her to consider postponing her wedding, those on Reddit supported her decision, going even further and dramatically suggesting she should call it off entirely because of the actions of her fiancé.

“Girl do you hear yourself?? Your fiance took your wedding dress without permission and allowed multiple people to try it on!” a person wrote. “Do you understand how disrespectful and inappropriate that is? You not only have a bad mother-in-law problem, you have a HUGE fiance problem. Needless to say, I’d be doing more than postponing”

“You don’t need a new dress[,] you need a new fiancé,” another one commented.

The original poster did not yet share any updates as to whether or not she is planning on postponing her October 18 nuptials.