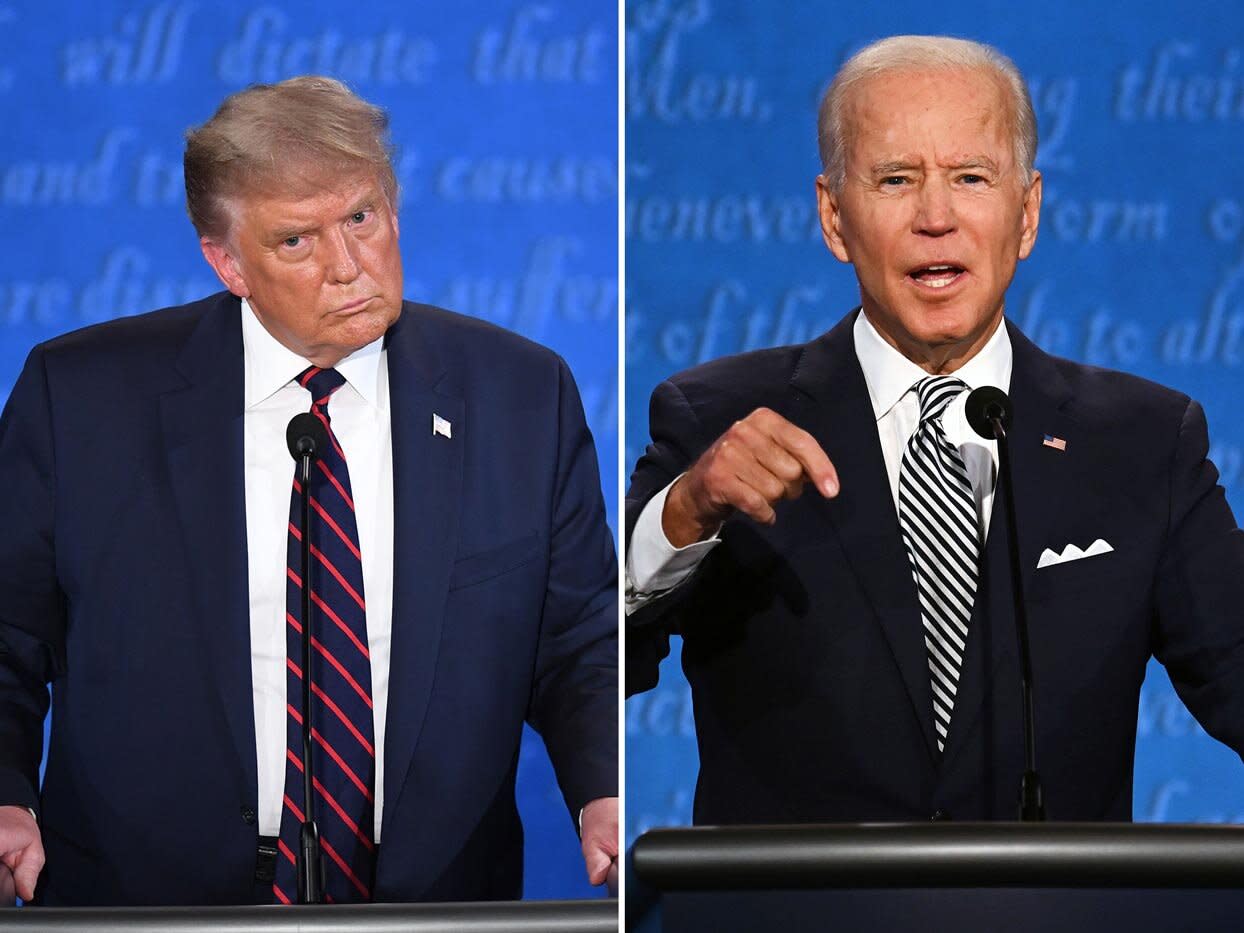 Not because it wasn’t warranted — Trump, like a second grader desperate for attention, could not control himself from spewing lies at Biden, from playing the same games he’s always played. Biden, by contrast, attempted to keep his cool, addressing the camera at several moments during the debate rather than playing into the president’s goading.

It wasn’t necessarily the sentiment of the phrase so much as the delivery that drew such a visceral, cringe response — it was the raging testosterone dripping off the stage, the “exasperated fraternity president telling a pledge to shut up, bro” energy. It was Joe, trying to one up the bully. It’s the fact that Hilary Clinton couldn’t even have had the same opportunity for a Miranda Priestly-style delivery of ″shut up” given the gendered double standards in politics.

Ultimately, Biden has been praised for his demeanor — while he occasionally fumbled his words, who wouldn’t have when prodded consistently by a dangerous man-child? We know that Clinton, had she attempted the same retort, would have been eviscerated by the press, and the whole thing just makes me want to throw up my arms in protest.

The debate was called a “shit show,” “hot mess,” and “a circus.” (Circus performers literally objected to that final descriptor, calling it an “insult” to the profession.) We could place the blame on Trump for instigating the madness, or moderator Chris Wallace for failing to keep the president in line, or Biden for giving in to his baser instincts and calling the president names (“clown is not not apt, but I digress). At the end of the day, Trump made a mockery of our electoral system by refusing to play the game, and no one is better for it (except maybe the Proud Boys).

On Twitter, users speculated that if Trump, Biden, and Wallace were women, they’d be called “hysterical.” Perhaps even “shrill” or “emotional” or “nasty.”

In 2020, there were more women in the presidential primary race than at any other time in history. And while things weren’t always calm, cool, and collected during the Democratic primary debates, where women like Elizabeth Warren, Amy Klobuchar, Kamala Harris, and Tulsi Gabbard faced off, all the women in the field showed respect for the process, for the people they serve, and, most importantly, for each other.

Women leaders across the globe have shown themselves to not only be more empathetic, more responsive, and more effective against the coronavirus pandemic than their male colleagues, but they’ve collectively raised the bar for what it means in the year 2020 to be an effective politician. For all of our sakes, I think Donald Trump could stand to learn a thing or two.