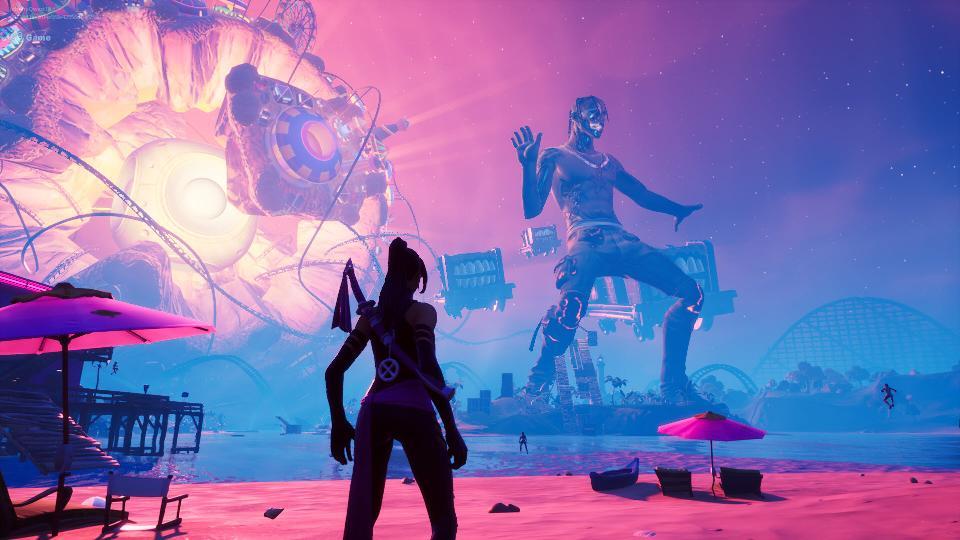 Last week, Fortnite joined forces with BTS, the biggest music group in the world, to debut a new choreography video within its Party Royale mode.

It was good, but it wasn’t enough.

What was made very clear from that endeavor was that if there was any group that should be given an even larger stage in Fortnite, the one Travis Scott and Marshemello got in-game with concerts on the main map, it’s BTS.

There are things like the BTS show, which is just a literal video playing within Fortnite like you’re watching YouTube with some bonus visual effects around it. We’ve also seen things like the Tenet trailer premiere this way before.

Next, there are “live shows” in Party Royale where an actual artist is indeed performing live, usually an EDM artist, putting on a show. Diplo has been a frequent participant in events like this in the past:

But then there’s a level beyond both of these, outside of Party Royale on the main map of the battle royale where the entire game freezes, everyone has to stop killing each other and tune in for a special event. The most famous example of this is what Fortnite did with Travis Scott, which was not a “live” performance, but sort of an interactive, pre-rendered music video tailored specifically for Fortnite. I still get chills for the first beat drop of this concert when he slams into the ground:

The point is, I think BTS is more than big enough for Fortnite to give them a “real” show, and I think Fortnite is a big and high profile enough platform to make BTS want to do something more involved than just debut a new dance video there, especially during a pandemic which makes regular shows across the globe much more difficult, if not impossible in some locations.

A Fortnite BTS concert would also come with what everyone really wants, which would be BTS skins for each of the boys, as Marshmello and Travis Scott both got their own skins for their shows. This would be a lot of skins because there are seven of them, but I feel like there would be no faster selling celebrity skins in history than what you’d see for RM, Jin, Suga, J-Hope, Jimin, V and Jung Kook. The dance video premiere sold dance emotes, but this would be on another level.

It’s possible that Fortnite’s big concert plans have been hampered by the pandemic, which may require interaction that wasn’t possible during these past blackout months. Rumor has it that months ago there was supposed to be a Lady Gaga/Arianna Grande performance that never manifested, and that might be the reason why.

But a BTS show? A real one? It would likely be one of the biggest digital events in history due to the size and passion of that fanbase. And I really just want a J-Hope skin so come on, do it already.