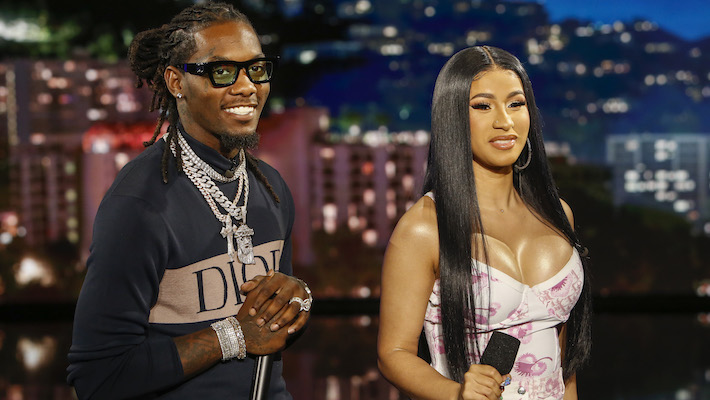 Cardi B announced her divorce with Offset last month, but it’s been anything but bad blood in recent weeks between the former couple. Shortly after the announcement, she revealed what pushed her to file for divorce from the Migos rapper, citing that frustration from “not seeing things eye to eye” was the reason behind her divorce.

Despite the lingering divorce, Cardi B and Offset were spotted together Sunday night as the two came together to celebrate Cardi’s 28th birthday, but it’s the gift Offset gave Cardi that was most surprising to their fans.

The night began with Cardi, Offset, and a few friends, which included Megan Thee Stallion, celebrating the Invasion Of Privacy rapper’s birthday at a Las Vegas club. Soon after the group headed back to their hotel to continue the celebration. At some point during the night, Offset gifted Cardi a 2020 Rolls-Royce Cullinan valued at $330,000. In a video, Cardi can be seen completely taken aback baby the gift and her excitement resulted in Cardi giving Offset a kiss as bright camera flashes and onlookers surrounded them. To add to the return of romance between Cardi and Offset, another video shows Cardi giving the Migos rapper a lap dance as the two enjoyed the night with their friends.

The birthday celebration comes after Cardi defended Offset in now-deleted tweets after some fans labeled him a “bad man” on Twitter.

“He a dumbass not a bad man,” she said in one of the deleted tweets. “Cause out of everybody that tried to steal, finesse me into working with their brand for less he got people coming for me with CORRECT CONTRACTS and never ask for a dollar or benefit like every1 else. N****s is n**** but a bad personality he not.”