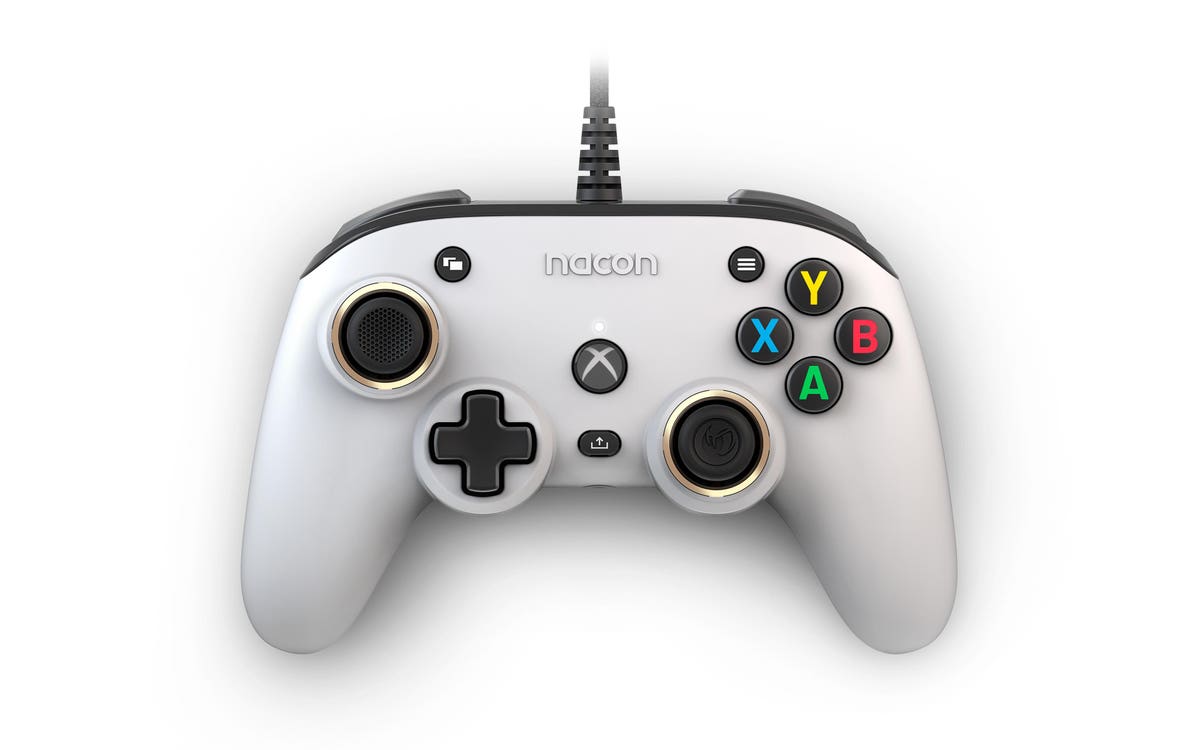 If the Revolution X is a bit too intimidating (maybe in an Xbox Duke kind of way) you can instead swing for its smaller sibling, the Pro Compact. Designed with diversified hand size in mind, this controller seems to have all the customizable features of the Revolution X—trigger sensitivity, programmable buttons, stick settings—only delivered in a more easily digestible form factor.

Both peripherals will be compatible with not just the Xbox Series X, but also Xbox One, Xbox Series S and PC.

Then there’s Nacon’s pair of mobile accessories set to equip Android users looking to seriously game on xCloud, as well as similar streaming subscription services like Stadia and Luna, with physical controls. The MG-X and MG-X Pro will fit smartphones with dimensions “up to 6.7 inches”, with early info indicating they’ll last up to 20 hours after recharging by way of an internal battery.

The MG-X, like the Pro Compact, is the bite-sized model. It’s got more rounded features and has been created with smaller hand-size and portability in mind. The MG-X Pro provides left and right handles to give players a more traditional console-style gaming experience.

The devices will connect to phones via Bluetooth 4.2, which honestly has me a bit worried, because whenever I’ve tried playing xCloud with a wireless controller, I’ve experienced noticeable input lag. Latency has only been alleviated by using Razer’s excellent Kishi, which connects to smartphones physically via USB-C.

Whether Nacon intends it or not, its MG-X add-ons will be going up against Razer’s pioneering phone controller. Without a competing physical connection, it might be hard to sway savvy consumers looking for the ultimate in low-latency mobile gameplay. But we’ll have to wait and see.

Some years back, I was able to try out Nacon’s PS4 pro controller and was rather impressed. Minus the lack of a physical connection with these imminent smartphone gamepads, I’m actually looking forward to using Nacon’s new additions to the Xbox family, because from what I’ve seen, the company pumps out quality material.

As of this writing, no prices have been announced for the upcoming tech, but do expect to pay a premium.