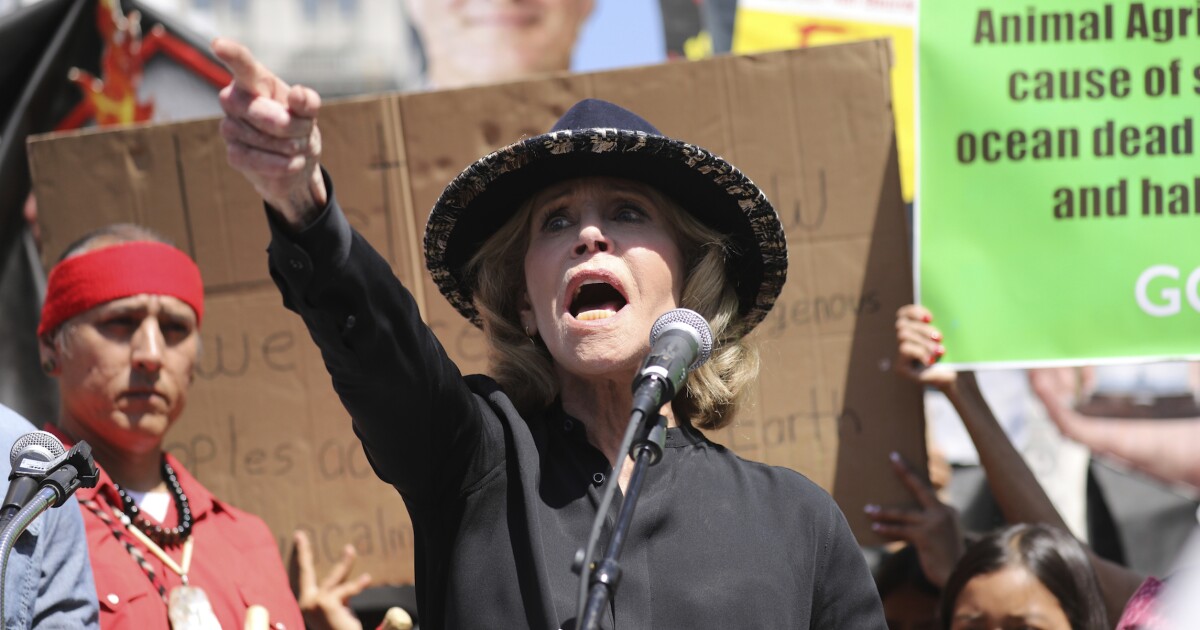 Actress Jane Fonda said this week that the coronavirus “is God’s gift to the Left” because of the political ramifications for President Trump.

“I just think COVID is God’s gift to the Left,” Fonda said during a Zoom video posted online by the Washington Free Beacon. “That’s a terrible thing to say. I mean I think it was a very difficult thing to send down to us, but it has ripped the Band-Aid off who [Trump] is and what he stands for and what is being done to average people and working people in this country.”

Fonda continued: “We are people who can help determine which way humanity goes. What a great gift, what a tremendous opportunity, we’re just so lucky. We just have to use it with every ounce of intelligence and courage and wherewithal we have.”

“We can see it now. People who couldn’t see it before, you know, they see it now, and we have a chance to harness that anger,” said the Barbarella star, who is referred to by some of her critics as “Hanoi Jane” because of her support for the communist North Vietnamese regime during its war with the United States in the 1970s.

The coronavirus death toll in the U.S. sits at over 200,000, and it is believed that over 35 million people have been infected worldwide.