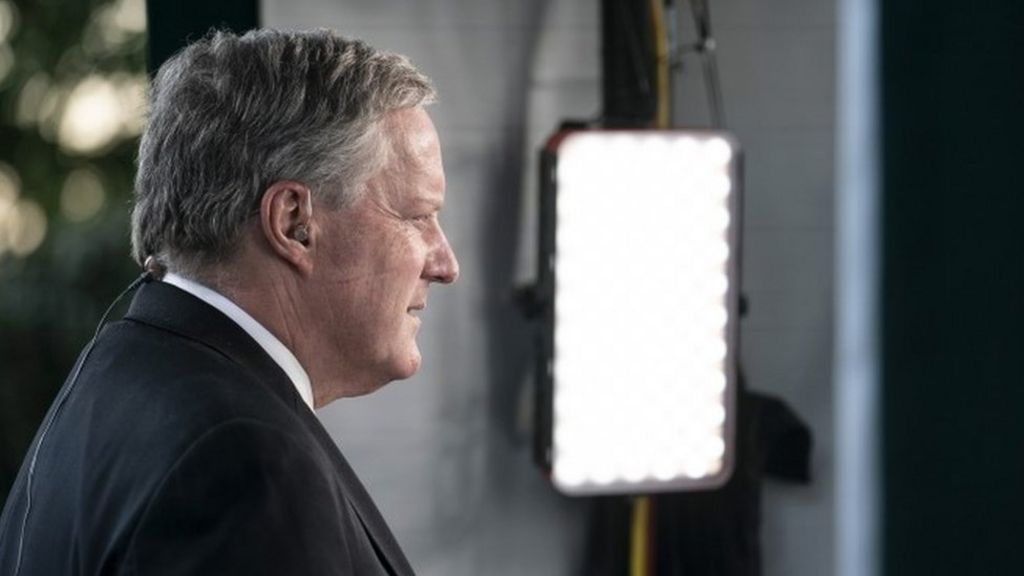 White House chief of staff Mark Meadows threw a large wedding for his daughter in May, amid a ban on gatherings of more than 10 people, US media report.

The wedding took place in Atlanta, Georgia, on 31 May and some 70 guests attended, the Atlanta Journal-Constitution first reported.

Photos of the event show a large number of people socialising in close proximity, with nobody wearing masks.

The president of the event manager said it had complied with guidelines.

“And while we do not comment on client’s events, we can confirm that the entire 16,000 sq ft of the space was reserved for this small wedding – greatly exceeding the per person square footage allowed by the order,” she said.

Mike Moon, a photographer for Ember Studio, which photographed the event, told the New York Times that people working at the event wore masks but most of the guests did not.

Mr Meadows is yet to comment on the reports.