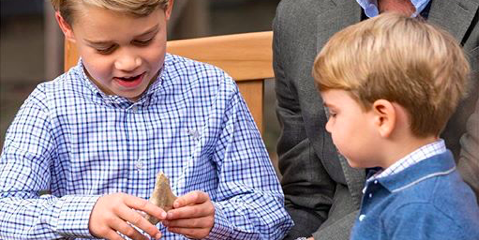 The gift, however, has sparked controversy, with Maltese officials questioning whether the tooth was ever Attenborough’s to give. Indeed, the British have a long history of claiming precious artifacts from other countries, as the Guardian notes, many obtained through colonization or plunder by ‘explorers.’ (See: the Benin Bronzes, the Koh-i-Noor diamond, and the Parthenon Marbles, among many others.)

Speaking to the Times of Malta, culture minister José Herrera suggested the megalodon tooth should be returned to its country of origin. “There are some artefacts that are important to Maltese natural heritage, which ended up abroad and deserve to be retrieved,” he said, as the Guardian reports. “We rightly give a lot of attention to historical and artistic artefacts. However, it is not always the case with our natural history. I am determined to direct a change.”

Subsequently, however, Malta’s culture ministry said they did not intend to pursue the retrieval of the tooth. In a statement, a spokesperson said, “The minister’s initial comments were based on the related national legislation in particular the Cultural Heritage Act, 2002 [under which the excavation or removal of fossils became illegal] which superseded the previous legislation being the Antiquities (Protection) Act of 1910 and the Antiquities (Protection) Act of 1925.”

“The minister would like to note that with reference to this case, it is not the intention to pursue this matter any further,” the spokesperson concluded.