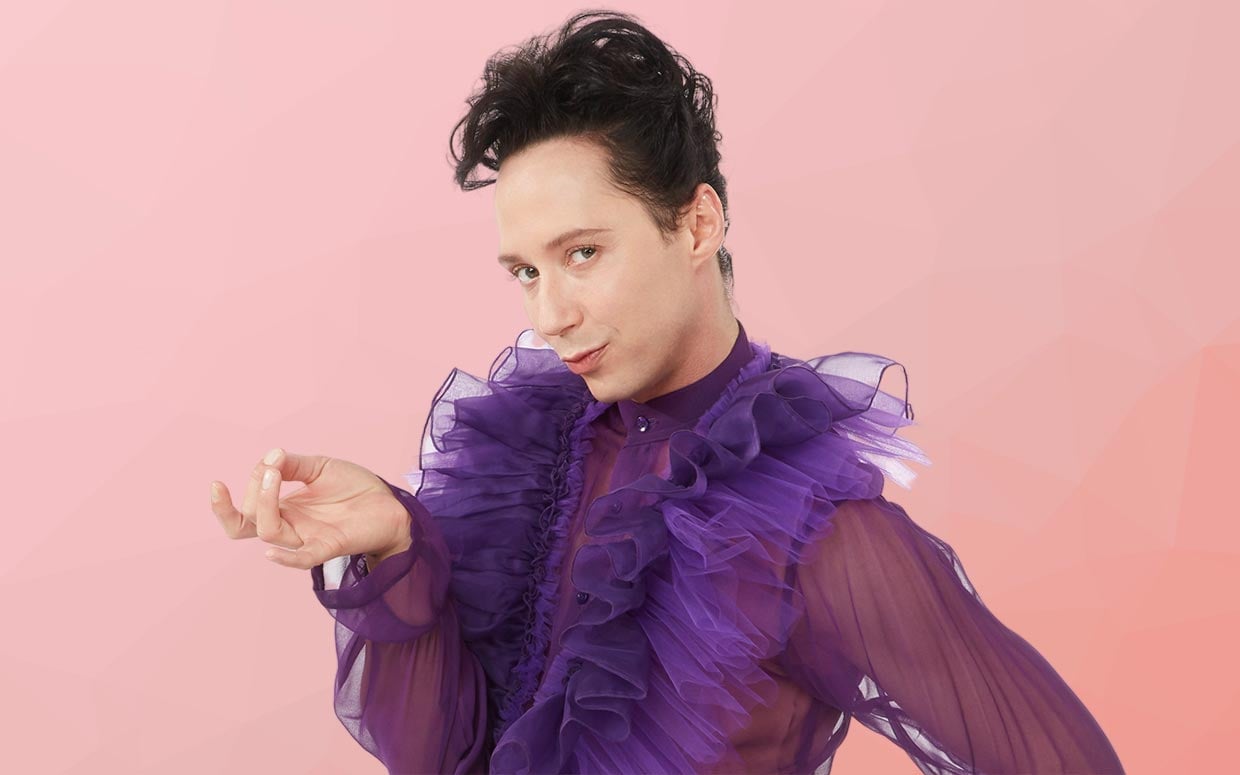 He also revealed that now that he is successful—he is a two-time Olympian and a television commentator—he has returned his parents’ generosity, while at the same time keeping them close.

“I bought my first home a couple of years ago in 2018,” he said. “I was living like a gypsy all over the place, and I didn’t know where my life was going to take me. I finally found where I wanted to put down roots outside of Philadelphia, and part of that process was making sure that I had enough space to build a cottage for my parents, so that they could retire and not worry about those sorts of things.”

Related: The Real Reason Len Goodman Isn’t on Dancing With the Stars This Fall

Keeping them close has another advantage, he joked. Since he travels so much, he doesn’t need to worry about leaving an empty house with them there to keep an eye on everything.

“They’re the gold seal groundskeepers at the house,” he said, kiddingly. “The most important thing that they do is watch my puppy. He is the love of my life, the king of my whole life. They get to watch him and hang out with him. He likes them better because they give him whipped cream when I’m not there.”

Johnny’s dog is a Japanese Chin named Tema. “He’s about 11 pounds. Very fluffy. He’s a dominant man. He owns everything that’s in our house. He makes me very happy and I miss him terribly.”

Also adding to the emotion of the night was the fact that Johnny and Britt danced to “Reflection” from Mulan, sung by Christina Aguilera, who has been an idol of Johnny’s for years. As a result, it pulled at his heart strings and made the performance that much more special.

“When Christina came out with her Stripped album, I was going through stuff,” he recalled. “It was a formative time in my life and her music helped me through that. It gave me a lot of power and a lot of internal awareness that my talent was what I had to rely on. I was never going to sell out to be something I wasn’t just to be able to show the world who I am and what I can do.”

Is Derek Hough as Good as Len Goodman on Dancing With the Stars?

Johnny and Britt tied for first place with Nev Schulman and Jenna Johnson on Disney night, with each couple awarded 24 points out of 30 by judges Derek Hough, Carrie Ann Inaba and Bruno Tonioli.  Johnny declared that he finally felt at home at Dancing With the Stars. And next week, he and Britt will be back dancing the jive.

“I think it’s the most daunting of anything that we’ve had so far, for me,” he admitted. “I watched little Alan [Bersten] and little Skai [Jackson] dance tonight and it was just so peppy and bouncy and sweet, fresh, and lovely,” he said. “It made me feel old. I’m going to bounce, I’m going to shimmy, I’m going to shake. I’m going to do my best because that’s what we do over at Team Britjo.”

Dancing with the Stars airs Monday nights at 8 p.m. ET/PT on NBC.

Next, Tyra Banks says she ‘didn’t have anything to do with’ the Disney night surprise