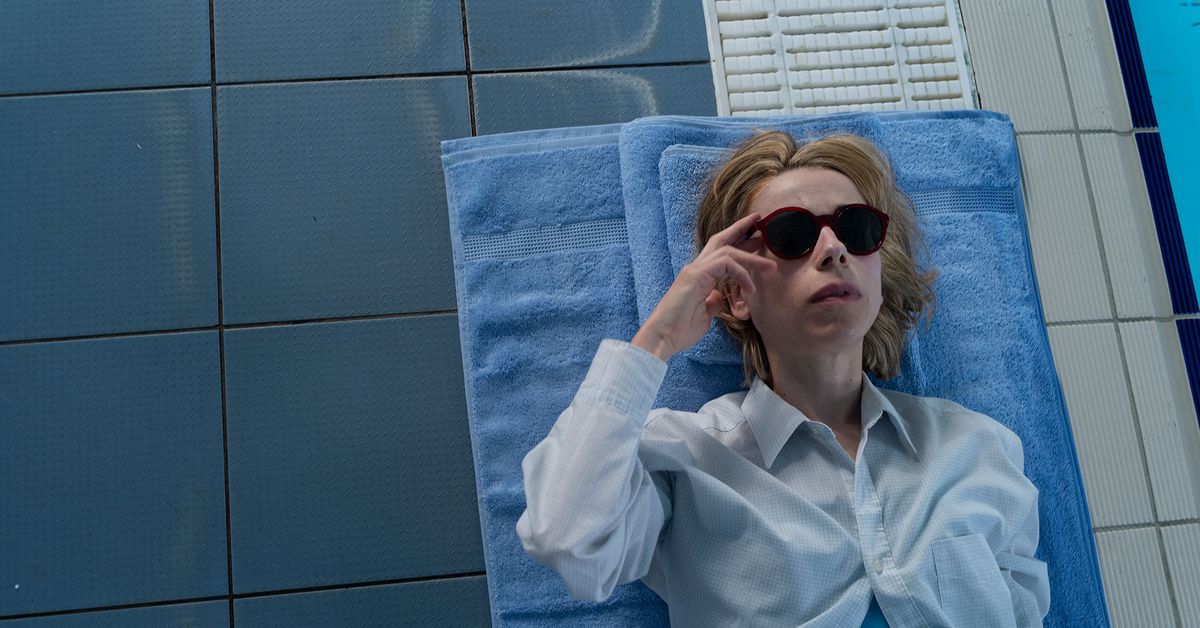 Guillermo del Toro once said that when he casts a movie, he casts eyes. The main eyes in his Best Picture winner The Shape of Water belong to Sally Hawkins, and they’re impossible to confuse with anyone else’s. There’s a warmth to her face that’s used well in films like Paddington and Happy-Go-Lucky, but there’s a brittleness to her features, too. Her forehead always seems furrowed in sadness or concern, even when she’s smiling, as if she could break down at any moment. Her latest role, as the lead in Craig Roberts’ Eternal Beauty, takes full advantage of that dangerous, fragile quality.

Hawkins stars as Jane, a woman struggling with schizophrenia and depression. Her visits to her doctor, who reproaches her for saying she’s “doing fine” instead of “doing better,” are fruitless, and her medication isn’t making her feel any better. Her family — her mother Vivian (Penelope Wilton) and her sisters Alice (Alice Lowe) and Nicola (Billie Piper) — provide varying degrees of support. Only Alice, who is estranged from their passive-aggressive mother, offers any sort of refuge, driving Jane places and having her over for dinner with Alice’s husband and young son.

Through flashbacks, it’s revealed that as a young woman (played by Morfydd Clark), Jane was abandoned at the altar. Her heartbreak seems to have been the catalyst for her breakdown, though other memories make it clear that it was just one among many stressors. Even in the present day, Jane imagines that her ex-fiancé is trying to reach her to apologize and pledge his everlasting love. But the arrival of a new man in her life signals a change in the status quo.

Roberts communicates Jane’s state of mind through bright primary colors, as new love and her decision to stop (then eventually resume) taking her medication affect how the world feels to her. As she falls in love with Mike (David Thewlis), the world becomes vibrant and fresh, rather than stolid and pallid, but the presence of color doesn’t always signify positive emotions — Jane’s world turns red during moments of anguish and stress.

To that end, Eternal Beauty feels a tad like a Wes Anderson movie in how carefully considered and bordering on twee the aesthetics are, especially as Roberts manipulates parts of Jane’s apartment as though pulling apart a theater set. Those theatrics are dazzling, and compelling in the case of Roberts’ color-coding, but they also feel facile in relation to the film’s core story about dealing with mental illness.

As the screenwriter, Roberts doesn’t seem to know what he wants to say about taking medication as a way to manage mental illness. The bent of the story reduces it to a negative. When Jane is off her medication, she sees spiders crawling up and down the walls — or so she says, since the hallucinations don’t have much effect on her ability to remain calm. But she’s also much more lively in her day-to-day, compared to her dispassionate response to the world when she is taking her pills. There’s also a strange sense of romanticization around the way Jane seems to be the only character who sees the truth of what’s happening around her. (The fact that Alice’s husband is cheating on her, for instance.) But the film excels in Roberts’ portrayal of a familial history of mental illness, as Vivian’s bursts of mean-spiritedness suggest that the matriarch is struggling with mental illness herself, and a late twist makes it clear that it runs in the family genes.

Eternal Beauty’s success ultimately comes down to the strength of the film’s cast. Hawkins is masterly, as always, in a role that demands she calibrate her energy differently in almost every scene. When she suffers a particularly bad emotional blow and collapses to the floor, clutching her chest and repeatedly wailing, “Ow,” the idea that emotional pain could be so physically felt goes without question. And Clark, as Hawkins’ younger self, doesn’t bear much physical resemblance to Hawkins, but nails her tremulous energy. Wilton, Piper, and Lowe play off of that fragility skillfully, building out a coherent family unit.

But the film is, in the end, Hawkins’ to own. Her eyes — and her posture, her voice, her jittery movements — defy any show-stealing, and lend a solidity to a film that might be a little flimsy otherwise. Her vulnerability balances the occasionally otherworldly quality of the film’s visuals, helping it all coalesce into a striking portrait of a woman’s attempt to enjoy being alive.

Eternal Beauty is on VOD and in theaters now.