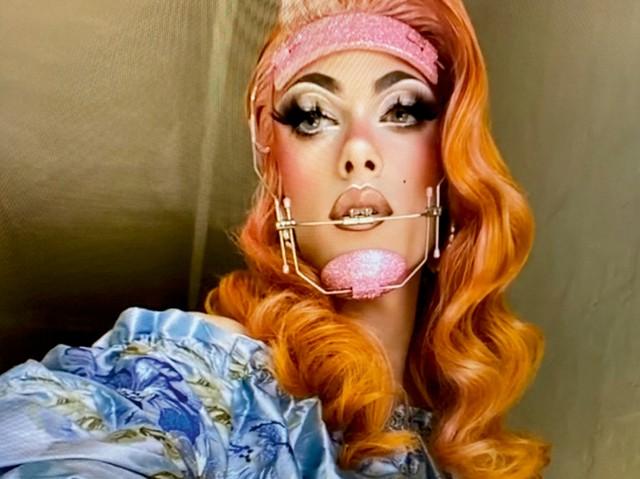 Time was, a model could rely solely on his or her good looks.

Today, physical beauty isn’t enough. With the coronavirus pandemic pressuring budgets – production of commercials slowed to a standstill over the summer – fashion and beauty brands want engaged and engaging personalities fronting their products.

“Given the evolving definition, models are who we aspire to be,” said Jawahar Chirimar, president of On the Wall, and chairman of One Management. “The focus is shifting from antiquated measures like skin color and height, to social and cultural values, and content.”

With the coronavirus pandemic threatening to keep photo studios and video crews sidelined until 2021, Chirimar has nonetheless continued to book models. During the lockdown models did their own makeup, styling and photographed themselves or participated in remote shoots.

Gigi Goode during the lockdown did her own makeup for a virtual shoot with photographer Amy Troog that will be used for an editorial beauty spread. “The way I look at world of modeling is not the same as other agencies,” said Chirimar, who became aware of Goode through RuPaul’s Drag Race, where she was a season 12 contestant. “She’s done a few important magazine covers but 90 percent of what she’s done has been in social media.”

The casting has been driven by social media presence along with other skills, such as “someone, who is a musician or actor,” Chirimar said. “We understand diversity in all its manifestations in the context of shifting the concept of beauty in America.

“Metrics are becoming important to brands,” Chirimar said. “When people want to spend some real money, they want to know what the person stands for, what is their following.”

Chirimar cited Nidhi Sunil, from Kerala, India, who is on the verge of a major deal with a global brand, which he declined to identify. “Yes, she’s a model, and yes, she’s good looking, but her activism got her the job as well.

“We’re all looking for 15, 16 and 17 year-old kids on Tik Tok,” Chirimar said. “We’re trying to find people who already know how to create content and have 100,000 followers. We want to present to the brands another interesting option.”

On the Wall isn’t alone in trying to shake up the status quo. Elite World Group in July launched EWG Virtual for its models, which include Kendall Jenner, Coco Rocha and Irena Shayuk, among others. The division digitizes models into CGIs or Computer Generated Imagery for ad campaigns, commercials and games. The technology lends itself to virtual fashion shows and hair and makeup tutorials.

Bonnie Pressman, head of brand partnerships at Casting Coin, said the agency is “vigorously focused on social media. Influencers are a big pat of our community and developing business.”

Casting Coin signed Christine Quinn, a star of Netflix’s “Setting Sunset” and Jamie Alexander, who appeared in “Thor” and the NBC series “Blindspot.”

The COVID-19 pandemic accelerated On the Wall’s timeline dramatically. The division, which normally would take two years to develop, was completed in three months.

“Two years ago, we started getting a lot of requests for models to post on Instagram,” Chirimar said. “Instagram is replacing go-sees. We realized there’s an opportunity. We have recruited multiple people from Instagram and Tik Tok with many more in the works.”

One management has also been hitting the Ivy League circuit in its quest for models. Chirimar, who is confirmed to give talks at Cornell University, the University of Pennsylvania, Harvard University and Brown University, said he’s finalizing dates with many other colleges.

“Models will join us for the talks, especially, the question and answer period. We’ve hired recent graduates from Harvard and the Fashion Institute of Technology,” Chirimar said. “We’ve hired more than seven models from Ivy League schools, including one from Harvard and one from the Massachusetts Institute of Technology. We’re also working with the School of Visual Arts and Parsons School of Design.

“They have a curiosity about Black Lives Matter and what’s going on with fashion,” Chirimar said. “It was fascinating and I learned.”

That could chip away at the model as dumb blond stereotype.

But brands and modeling agencies have a long way toward achieving diversity, said Rob Smith, founder of gender-free fashion brand, The Phluid Project. “Fashion companies check off different boxes with the models they choose,” Smith said. “Fashion brands have to step out of their comfort zones. Samples don’t even come in large sizes, so how can there be a diversity of style.”