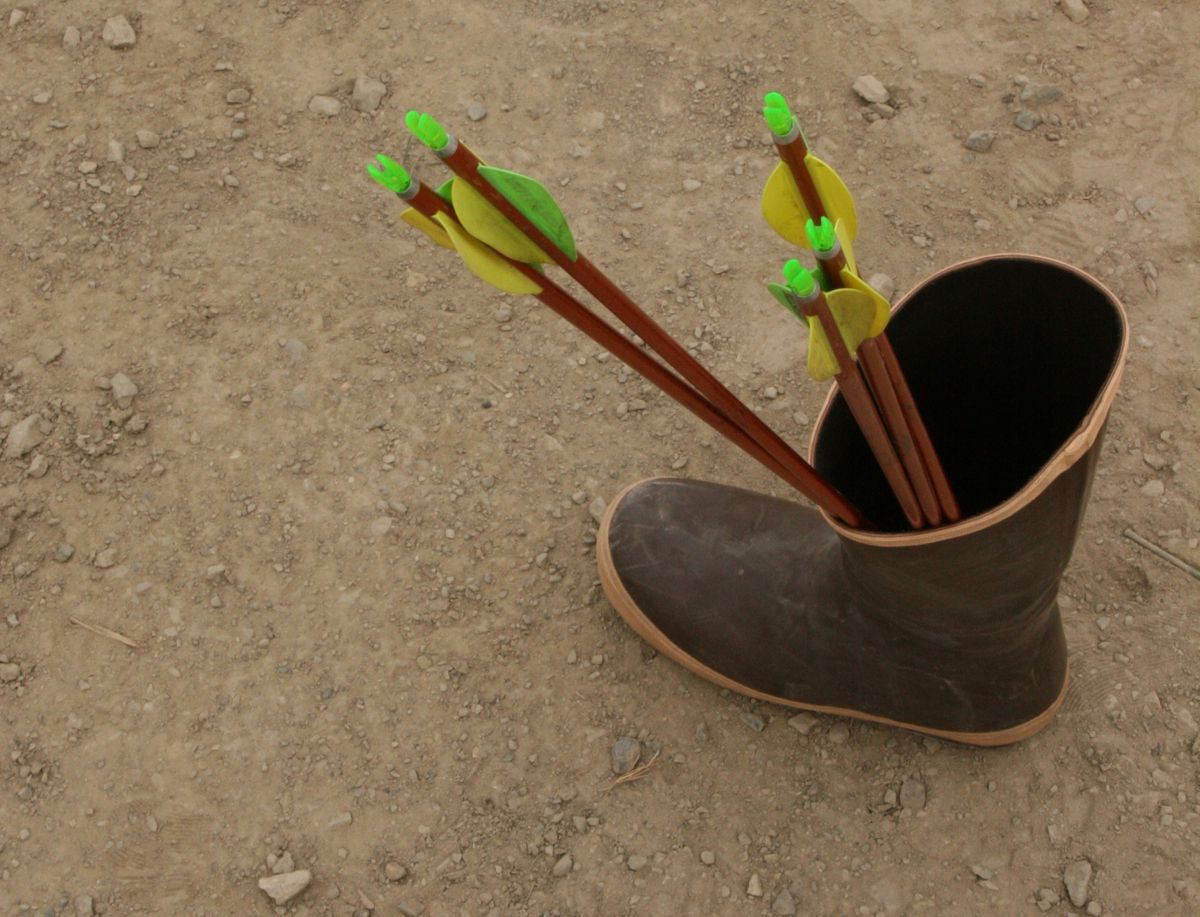 Men’s fashion might seem a strange subject for an outdoors column, but the changes I have seen over the years has brought this subject to my attention.

Let’s go way back — clear back to the outlaw Robin Hood of Nottingham. And let’s explore the present-day dude driving his airboat down the Maclaren River.

We don’t really know how Robin Hood dressed. He was cavorting in the English countryside 700 or 800 years ago, but statues and drawings depict him in a skirt and tights. Sometimes he carried a purse filled with the necessities needed to live in the woods.

Daniel Boone and Davy Crocket wore buckskins. They traveled and hunted in relatively warm country, so a layer of buckskin was enough. It kept the hunters of that day fairly dry, especially if they could get some stinky old bear grease rubbed in. They might have worn some of that scratchy linen underneath, but the stories say.

The frills on the buckskin could be cut off and used to tie things off or up. Virtually all of the woodsmen back then carried sort of a purse. They called this a “possibles” bag. It held the shot and wads for their flintlock rifles, along with a little food and other necessities of travel.

The point I’m making is this: if you were to see one of these guys hitchhiking along the Denali Highway today, I doubt you’d give them a ride.

My best half used to be a model, so she has made me aware of what menswear looks like today.

It looks like we are back to the days of Robin Hood, with a touch of Daniel Boone. For those of you who wonder what I’m talking about, check out Gucci’s 2020 men’s fashions on YouTube. Tights and purses, with some jewelry hanging around.

I am not saying the guys look like Daniel Boone or Robin Hood, but the dress isn’t far off. You probably wouldn’t pick up one of these guys hitchhiking either.

When I was a kid, I hunted along the Denali Highway. That was before four-wheelers so hunters did a fair amount of walking. Wool shirts were stock gear, usually red or blue plaid. Both colors disappear in the woods. Some hunters favored wool pants too, but if my memory serves me, Levi’s were the most common. Carhartts were around, but didn’t become trendy until the 1980s.

Airboats and jet boats were getting popular by the ’70s, so the dress had to change for river men. Mike Fink, the last of the great keelboat men, wore a lot of leather.

Leather went out of fashion, mostly because of cost and weight, and Gore-Tex took over for a few years. There was quite a bit of surplus military gear available in the late ’70s and ’80s, so that became the boaters’ fashion.

Nobody would be caught in a riverboat without hip waders until a decade or so back when Xtratufs became a must. Fashion took over good sense until the one guy in the boat with hip boots did virtually all of the landings, so the fashionable dudes could stay dry. The latest seems to be camouflaged knee boots of various brands.

Hunters of today invariably sport some kind of camo. Camo gear does indeed hide hunters from other hunters. Interestingly, my dogs can pick a camouflaged hunter out of the willows from 500 yards. Camo for people is a fashion, not a hunting tool.

Hats seem to have escaped the worst of change. Robin Hood likely wore a skull cap of some type, probably leather. Davy Crockett wore a fur hat during the winter, without the tail. Caps are the headgear of choice today, but in the woods, stocking hats abound.

“Possibles” bags have mostly been replaced by day packs. The well-equipped ATVer will likely have a day pack strapped to his rig. It will be full of candy bars, jerky and ammunition as opposed to the jerky, pemmican, powder and shot of yesteryear.

While I was at first appalled by Gucci’s new men’s fashions, I have come to realize we have just come full circle back to the good ol’ days. Teach one of those city boys on the fashion runway how to shoot a bow, and he could load his purse with jerky and some arrowheads and be off to the woods.

[Because of a high volume of comments requiring moderation, we are temporarily disabling comments on many of our articles so editors can focus on the coronavirus crisis and other coverage. We invite you to write a letter to the editor or reach out directly if you’d like to communicate with us about a particular article. Thanks.]