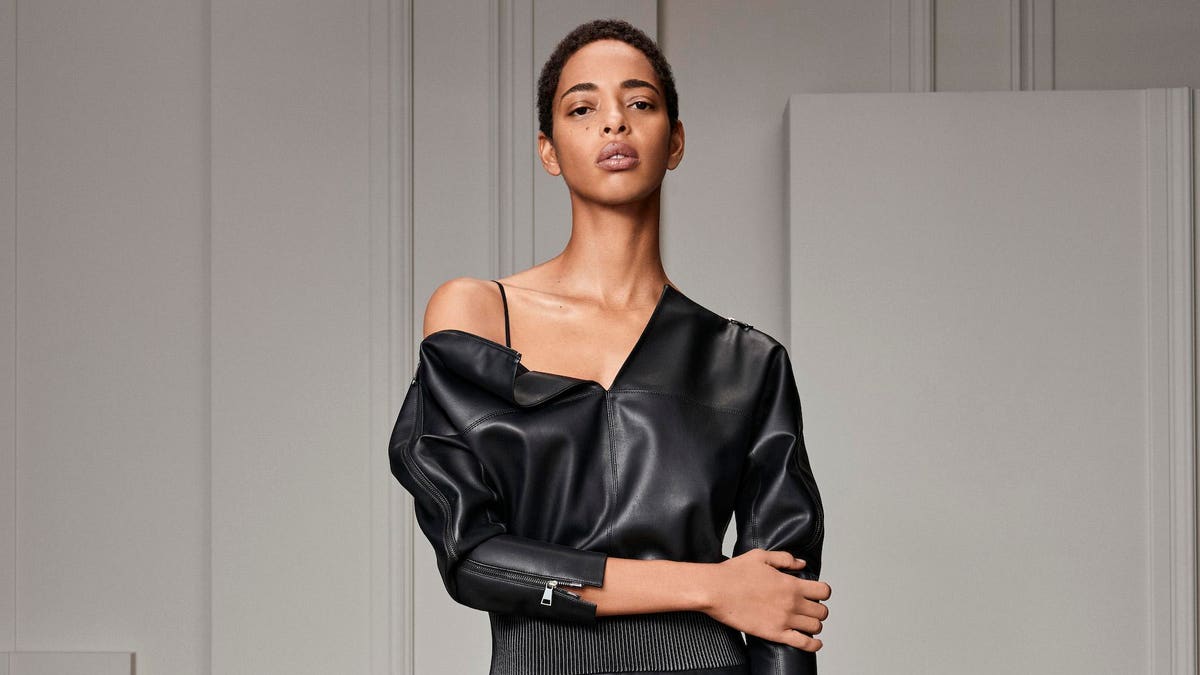 An iconic designer, Karl Lagerfeld will undoubtedly go down in history as one of our greatest designers, and so, taking the reins of his namesake brand is no mean feat.

And this is where Hun Kim comes into play; surrounded by fashion from an early age (his mother was a fashion designer and had her own boutique), he’s had high flying jobs holding the position of Creative Director at Tommy Hilfiger and senior design roles at Ralph Lauren before joining Karl Lagerfeld in 2015.

Head of Design at KARL LAGERFELD Kim’s fashion secret is combing function and form, creating pieces that are not only transformable, literally and figuratively, but also honor and celebrate the Karl Lagerfeld legacy. He discusses his start in the fashion industry and the lesson of confidence passed on by Lagerfeld.

Felicity Carter: How, when, why did you get into the fashion industry?

Hun Kim: That’s my whole life story! My mom was a designer and had her own boutique in Korea. When I was five or six years old, I started to make doll clothes out of cloth scraps from my mom’s atelier. I didn’t know how, but somehow, I started to sew cloth together; I remember making skirts, but tops were a lot more difficult and I didn’t understand that you need darts and seam allowances to accommodate the 3D body. I then started making paper dolls, and that was much easier. (Looking back, I wish I still had some of the paper doll clothes I designed — I’m very curious if I would still like what I made!)

Following in my mother’s footsteps, it was easy choice for me get into the fashion business. The funny thing was that my parents often asked me, “Why don’t you think twice? Why do you want to be designer?” It wasn’t a glamorous job in Korea in the early ‘70s. But after I made up my mind, my parents really supported my decision, and I’ll always be thankful for that.

In order to apply for fashion school, I needed to complete extracurricular sketching and painting. Looking back, it really helped me to sketch my own ideas on a piece of paper. These days, my iPad has become my travel and work companion! I don’t use an illustrator program, just simple apps which are almost like sketching on paper.

FC: What is luxury to you?

HK: My appreciation for many things. I love old and new. I can see the enormous effort put into making perfect watches, bags, dresses, etc. In the end, if you don’t appreciate the effort behind it, I don’t think you can truly understand what “luxury” means.

FC: Who is your KARL LAGERFELD customer?

HK: It’s not just one person; it’s all different types of people. I love to create things for people who appreciate KARL LAGERFELD designs and treasure them.

FC: Which was the first-ever piece that you designed for KARL LAGERFELD?

HK: It was for the Fall 2016 collection, and it was a transformable coat that you could zip off and make shorter. I’m very interested in function along with aesthetics, and ever since then there’s always been transformable pieces are in our collections, like two-in-one or detachable styles.

FC: What is on your current moodboard?

HK: Karl. It’s all about Karl! Every season, I used to ask him what his favorite movie, book, art or city was at that point in time. I want to share the things he liked most, as if through his eyes. I have large boards full of Karl’s pictures — Karl at a party, Karl walking down the runway after a fashion show, Karl sketching at his desk. I can see inside his whole world, which always inspires me.

FC: What’s the most significant lesson you learned from Karl himself?

HK: Confidence. Karl was the most confident person I ever met! He was also one of the gentlest fashion designers I ever worked with — the reverse of what often people think about fashion and Devil Wears Prada stereotypes. Because he was very confident, and he always had a clear vision in his mind, had no reason to be frustrated or short toward others.

FC: How will his legacy continue?

HK: It’s not just one person’s job, but all of ours together as the KARL LAGERFELD team and brand family. We are all working together to share Karl’s visions and dreams with our customers, which is the best way we can continue to honor and celebrate his legacy.