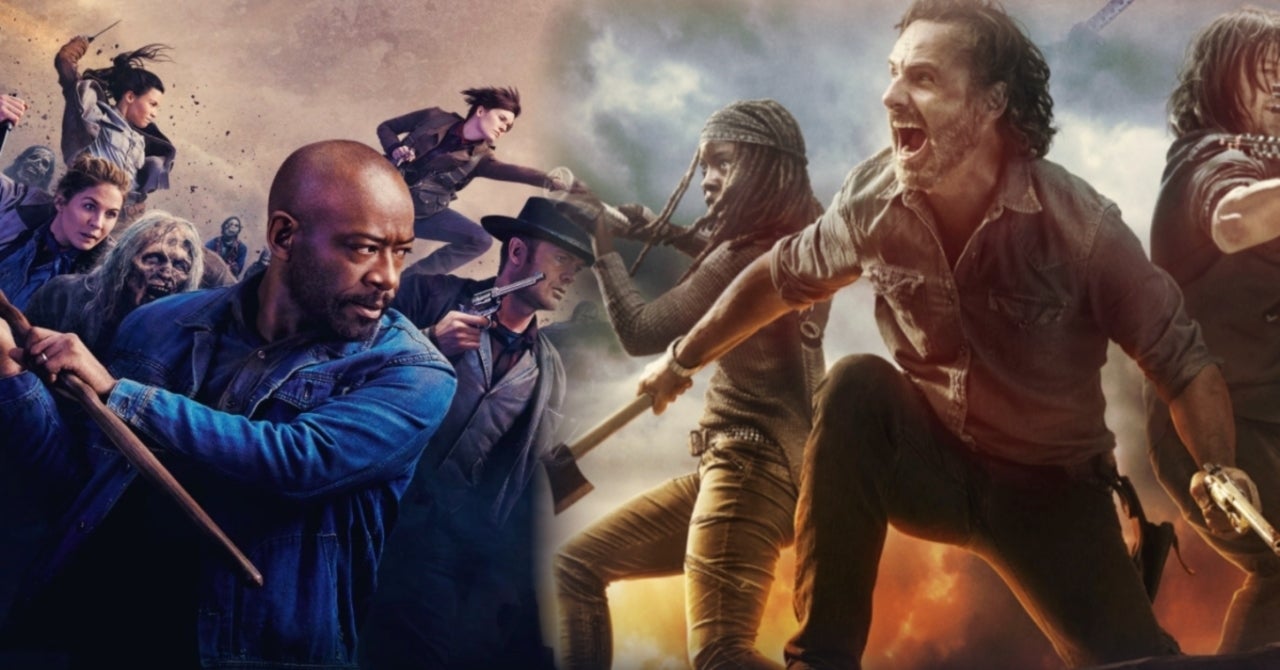 “I would love for it to happen and I, honestly, don’t have any preference [who to crossover with],” Garcia told TooFab. “I would love to work with Carol. I love [actress Melissa McBride], I got to meet her in person many times and I love her as a person. I just love our universe … I would love for the whole thing to collide, it was fun when Lennie came over, it was fun when [Dwight actor Austin Amelio] came over. I think it’s awesome.”

“I feel like we’re like the Marvel superheroes here,” added Garcia, who has been with Fear since its second season. “It has that potential to be that exciting, I’m up for it, I’m voting yes!”

James, whose character was at the center of the first crossover between the two shows when Morgan left The Walking Dead for Fear, wants to see a team-up between Rick Grimes (Andrew Lincoln) and sharp-shooter John Dorie (Garret Dillahunt).

“The image I have in my head, that I would love to see, is John Dorie and Rick Grimes, back to back, Rick with the Python out and John with the two six shooters,” James said. “[They’re] back to back in a Western dusty street and they’re just letting it off, with the rest of us all on rooftops running around, but those two are just back to back, kicking it.”

Asked about the coming end of The Walking Dead, now set to conclude with an eleventh and final season, James says he hasn’t thought about an end to Fear. He’s focused now on completing Season 6, which shut down production for months amid the COVID-19 pandemic.

“I haven’t really thought about it, to be honest,” he said. “It’s so been about how do we get back to finishing Season 6, really, I genuinely haven’t thought beyond that.”

Added Elfman, “I think when they say it’s ending, if you look at how many episodes they said that’s gonna be, it’s two years away and other content that they’re creating. It’s ‘ending,’ but I really feel like that’s a relative term in this universe, with the content that they’re generating.”

Fear the Walking Dead returns with its sixth season premiere Sunday, October 11, at 9 pm ET/8c on AMC. For all things TWD, follow the author @CameronBonomolo on Twitter.