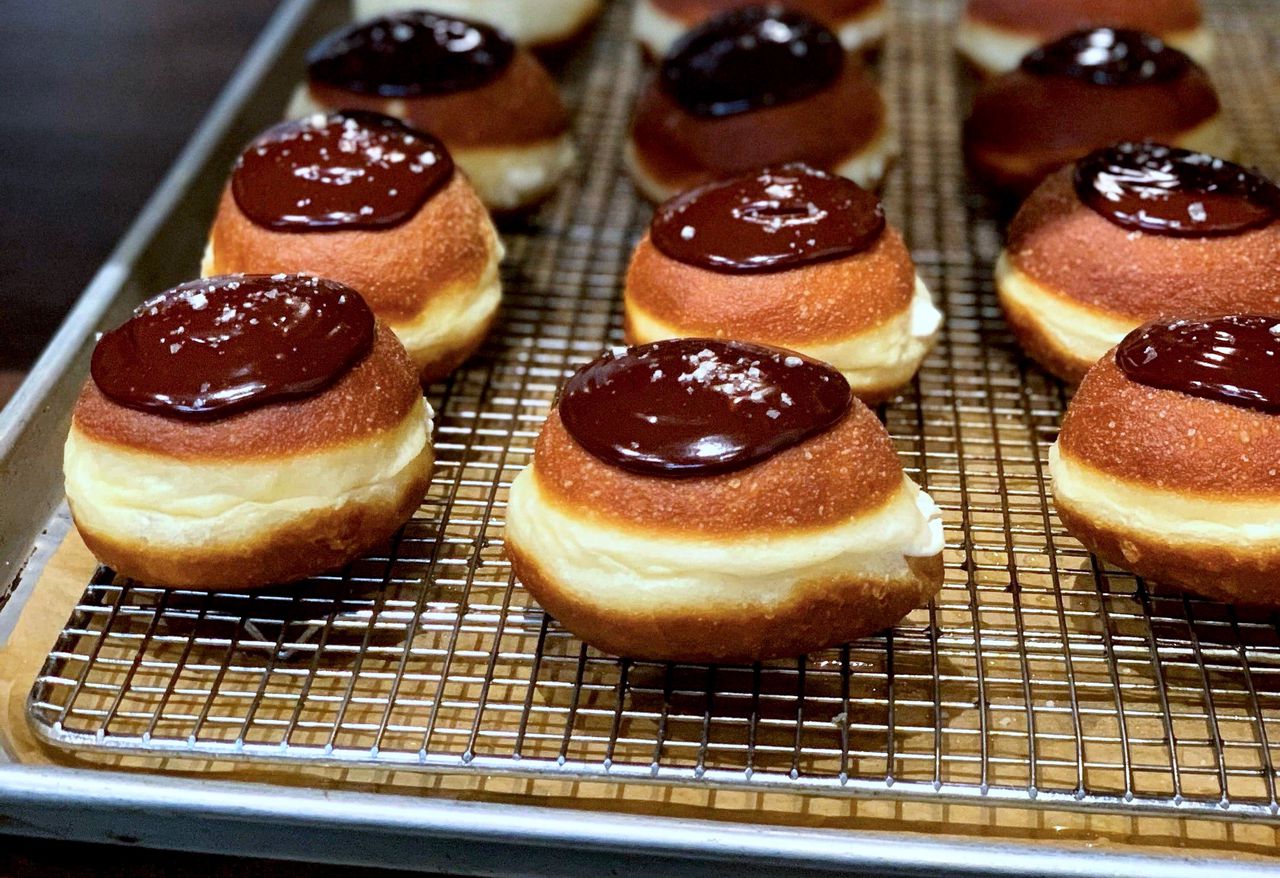 Flash forward to this week, and I’m on the phone with Benvenuti again. Only this time, we aren’t talking about the Bakery at Bar King, which opened its handsome cafe at 726 S.E. Sixth Ave. in August after months selling pastry boxes to-go. Instead, the interview is about Fills, a new Berliner-style doughnut shop Benvenuti is opening with former Noble Rot chef and “Cooked with Cannabis” host Leather Storrs in the original Blue Star Donuts space next Friday.

In some ways, the most surprising thing about Fills is that it took so long to get here. Nearly five years ago, Seattle chef Renee Erickson wowed food fans throughout the Pacific Northwest with her General Porpoise, a Capitol Hill cafe specializing in sugar-dusted rounds of fried dough piped full of custards, curds and creams. It seemed like only a matter of time before the doughnut shop would either expand south or inspire a local iteration.

“Kurt (Huffman) called me incessantly,” Benvenuti says of the ChefStable restaurateur, who is backing the project. “Every two days I’d get a call from him, ‘Hey, have you given the doughnut shop any more thought? Have you looked at General Porpoise’s website?’ He’s so funny. And finally I was like ‘Ok, I’m really excited about it.’”

General Porpoise didn’t invent the filled doughnut. In Central and Eastern Europe, rounds of yeasted, fried dough filled with jam, chocolate or cream go by a dozen different names. Poles, who typically eat filled doughnuts on Fat Tuesday, know them as paczki. They’re called Trojanski in Slovenia, pampushky in Ukraine and Berliners in Germany, where practical jokers sometimes secretly replace the sweet filling with mustard. You might know them as plain old jelly and Bavarian cream doughnuts. But the Seattle shop — and Oakland’s earlier Doughnut Dolly’s, which piped its fresh doughnuts to order — did level up the craft with good dough and seasonal fillings.

That’s where Benvenuti comes in. The baker, who once spent two months searching for the perfect butter for her pastries at Bar King, loves to obsess over ingredients. At Fills, Benvenuti’s brioche-ish dough uses a little levain to gobble up the sugar, adding a savory and tangy element. And instead of rolling each doughnut in sugar, Benvenuti chose to focus on individual glazes instead. Opening-day doughnuts include a chocolate-hazenut, a seasonal apple butter and a nostalgic Boston cream pie piped with vanilla pastry cream and topped with a real Valrhona chocolate glaze. There’s even a take on Voodoo’s famous maple bacon bar, here improved with a single malt Scotch custard and smoked bacon.

Storrs, who’s next project is a cookbook with “Cooking with Cannabis” co-host Kelis, is focused on Fills’ savory side, including a pimento cheese doughnut with toasted sesame seeds and a hot honey glaze and a lineup of breakfast sandwiches with bacon, egg and aioli on griddled doughnut halves.

“The nice thing about Katherine’s dough is that it’s pretty savory,” Storrs says. “If you leave that doughnut whole and let it sit for a while, the crumb tightens up and gets a bit denser, and begins behaving like bread, with more of a sturdy chew. One of the ingredients in the egg sandwich is the time in the dough, and that also affords us a place to go with leftover doughnuts that we don’t fill or sell.”

For now, Fills’ doughnuts, breakfast sandwiches and coffee drinks will be available for takeout only. Down the road, Fills hopes to add nitro taps for iced coffee and root beer, soft-serve ice cream and doughnut delivery.

Fills will serve its first Berliner-style doughnuts at 1237 S.W. Washington St. on Friday, October 16. Going forward, the doughnut shops plans to be open from 8 a.m. to 2 p.m., Wednesday-Sunday; fillsdonuts.com