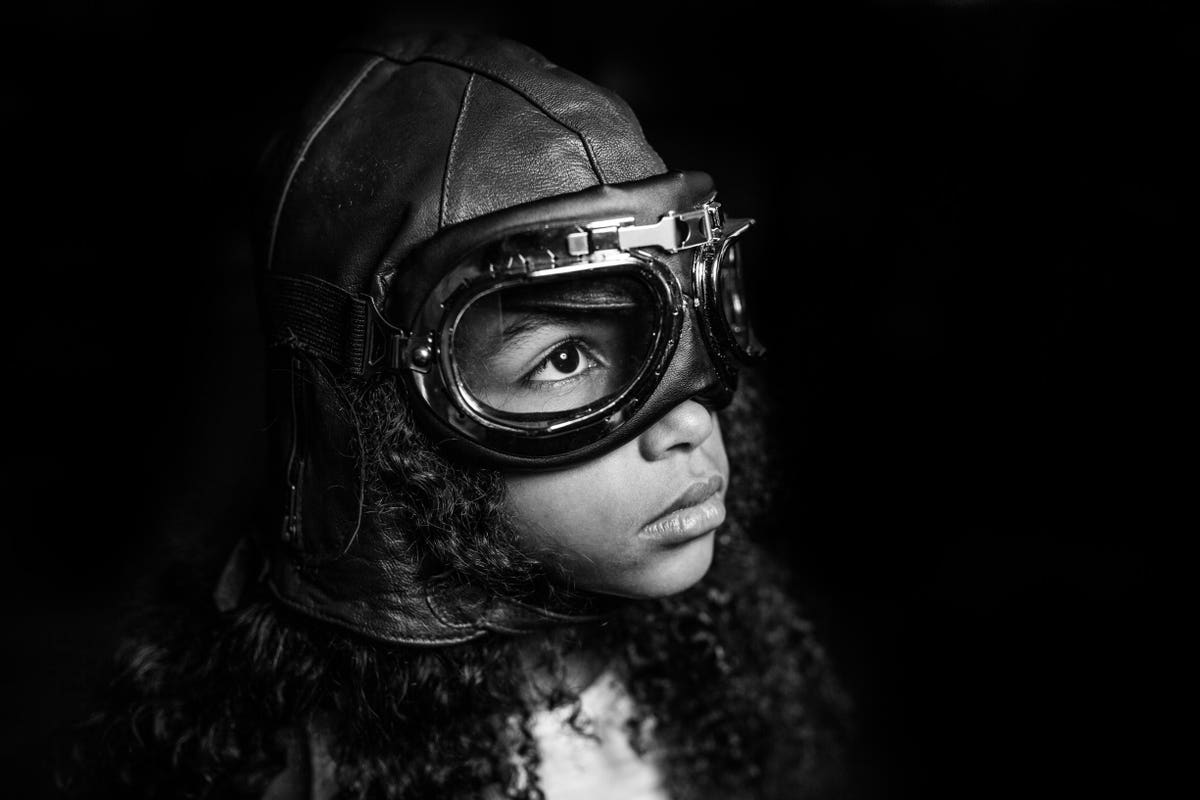 The heartfelt stories shared by some of the living legends in the field, as well as women just beginning to make a name for themselves, all center around a similar shared struggle. Although airplanes and space shuttles don’t care about your gender, the rest of the world still discriminates against women in aviation. From United States Senator Tammy Duckworth who served as a U.S. Army helicopter pilot sharing her story of being much more limited than her male counterparts in requesting to engage in most military combat, to three-time U.S. national aerobatic champion and inductee of the National Aviation Hall of Fame Patty Wagstaff being told she’d have to work twice as hard so people didn’t dismiss her success as a fluke – this field that has come so far, clearly still has a ways to go.

Through her interviews – even those with younger women of more progressive generations – McEntire Wiatt illuminates the subtle ways women are dissuaded in early education, especially when it comes to STEM subjects. As a former primary school teacher, she witnessed firsthand the defeatist attitudes many young girls possessed, stemming from disparaging comments they’d heard from their parents, teachers and other adults. The fight these women and girls must struggle through to achieve their dreams and the true love affair they all have with flying is truly gripping and inspiring for women of all ages to watch.

I spoke to McEntire Wiatt about how her work as a teacher before fully devoting her time to making films informed the making of Fly Like a Girl. We also spoke about her predictions for the future of filmmaking during the pandemic and what she hopes this film will inspire in young women.

Risa Sarachan: What inspired you to make the film?

Katie McEntire Wiatt: More than ten years ago, I saw Patty Wagstaff fly in an airshow. It was my first time ever hearing the name Patty Wagstaff, and I was blown away by her skill and fearlessness. Patty is an incredibly accomplished pilot and is the first woman to win the US National Aerobatic Championship. I immediately went home and began to research more about Patty and other female aviators. I was dismayed that I did not know more about these remarkable women. I became fascinated by the subject and couldn’t stop learning about it.

Additionally, several years ago, just before her passing,  I learned that my maternal grandmother worked in a factory building planes during World War II. She specifically remembers helping make the wings for the planes. I was in awe to learn that my grandmother had done something so remarkable and yet stayed so quiet about it all these years. So often, the stories of women go untold. As a filmmaker and storyteller, I have always wanted to make documentaries. All of these moments sparked an idea to make a film that would bring to light the extraordinary real-life stories of women in aviation and aerospace.

Sarachan: You created this film with the gaze not only of a filmmaker but also of a primary school teacher. What were you seeing first-hand with young women in classroom settings that affected the way you decided to tell this story?

McEntire Wiatt: It was during my time as an elementary school teacher that I first developed the idea for Fly Like a Girl. I saw first hand the gap in confidence young female students felt in the classroom, especially in relation to STEM subjects. I remember one student in particular, she was struggling with a math problem. She said, “Ms. Wiatt, some girls just aren’t good at math.” This student’s statement had a profound effect on me. It reminded me of a math teacher I had in 5th grade who told me, “Some girls, like you, just can’t do math.” That message stuck with me well into adulthood. I couldn’t shake the feeling that this was a very common experience for many young girls.  It became a mission of mine to help change this perception in my own classroom, and when I left teaching to go into filmmaking full-time, I wanted to take that message to a wider audience through the documentary.

In modern society, we so often think that girls feel they can do anything, yet recent studies have found that young girls are less likely to think their own gender is smart. This is especially true in relation to STEM subjects. In order to change this narrative, it is crucial that girls see women, achieving great things in their fields. We all, including boys and men, must learn about the extraordinary accomplishments of women so that we can all be part of helping to change the stigmas that surround women in STEM and beyond.

Sarachan: What surprised you the most in conducting the interviews for this film?

McEntire Wiatt: The thing that really surprised me most in regards to the interviews was the incredible women who agreed to be in the film. I work with an independent film company, so we were not coming to them as a large and well-known production company. This was also my first feature-length film as a director. The fact that the women trusted me to share their story is incredibly humbling, and I will always be grateful for their belief in the film.

Sarachan: What felt most important to you about releasing this film now, in the current moment?

McEntire Wiatt: I believe now more than ever, we need films that inspire, challenge, educate, and engage us on important issues. There is an urgency to bring important and diverse stories to the screen. I think documentaries especially give us a chance to break down misconceptions and help us better understand others and the world around us. I also think we see that we need more diverse voices at the table in all fields, especially in STEM industries. We have very real problems and challenges we are facing as a world and society. If we do not have many different voices at the table, we will fail to find the best and most effective solutions. I hope that Fly Like a Girl will play a role in creating a space for important conversations to happen and necessary change to occur.

Sarachan: How do you feel filmmaking is going to change in the pandemic?

McEntire Wiatt: The COVID-19 pandemic has had a huge impact on the film industry. In March, when production halted, we were all extremely concerned and watched as many of our friends and colleagues were furloughed or their production work dried up. Production has slowly started to return, but it is not even close to where it was before the pandemic. Many people have said filmmaking will never be the same again, that the industry will never recover. Will the industry change? Yes, but I believe that along with the changes and immense challenges, we will also see many wonderful new ideas and powerful work emerge.

Sarachan: What message do you hope girls and women get out of this film?

McEntire Wiatt: When I was in high school, I was in a filmmaking program. While I had many wonderful teachers, I had very few female teachers in my film classes. Because of this, I believe I had trouble picturing myself pursuing a career in filmmaking, especially as a director and editor. It took years for me to return to what I felt I was truly meant to do. I believe I carried that experience with me the entire time I was making Fly Like a Girl. Aviation, like the film industry, is a male-dominated field. In Fly Like a Girl, you will see a lot of women who were the first or the only in their fields. It is my hope that by hearing these stories that girls and women will be able to picture themselves in roles that are typically male dominated.

Fly Like a Girl  releases in Theatres and On Demand October 9th and can be pre-ordered on itunes here.

This interview has been condensed and edited for clarity.