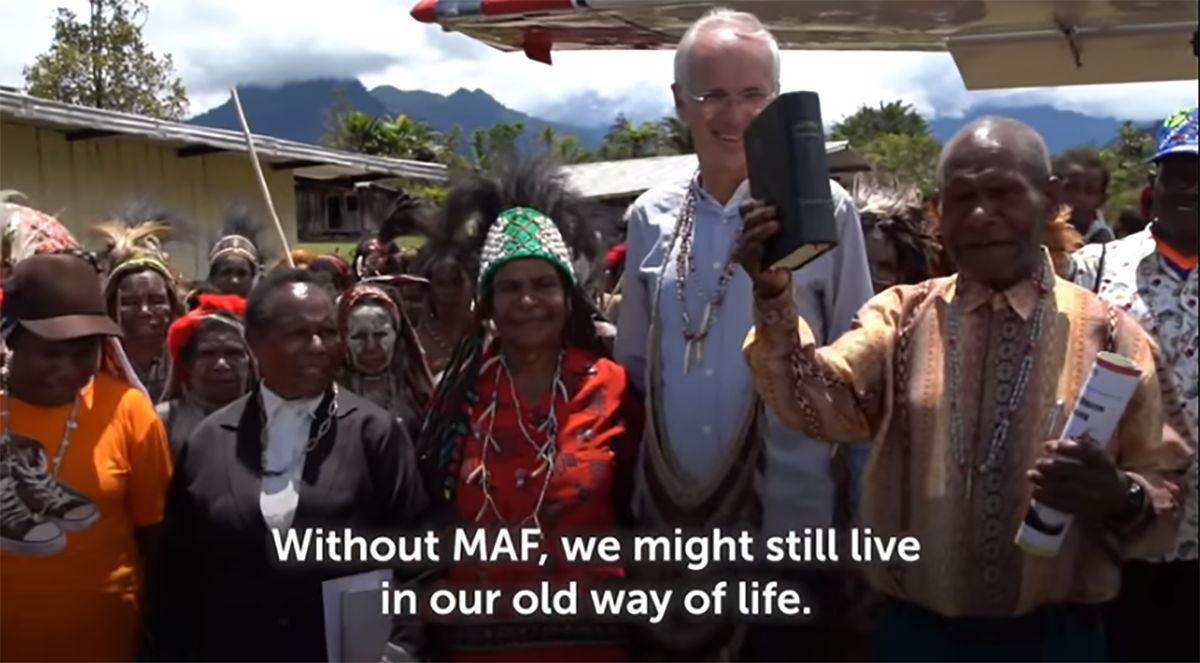 In 1968, the Yali tribe of Papua New Guinea that practiced witchcraft and cannibalism killed two missionaries. Today, they hunger for the Word of God.

In August, the Yali people received 2,500 Bibles delivered by plane from Mission Aviation Fellowship. Some tribe members walked an entire day’s journey to reach the villages where the Bibles were being handed out. Before the plane landed, women swayed and chanted to celebrate the arrival of the Bibles.

“It felt like we were on holy ground. It was a holy moment — one to be remembered,” said Dave Ringenberg, the MAF instructor pilot and director of Papua operations, told MAF.

Among the Bibles delivered, 1,400 were children’s Bibles brought by one of MAF’s eight Papua New Guinea-based aircraft.

“After 20 years of heat, humidity and use, these Bibles wear out,” MAF corporate communications director Brad Hoaglun told The Christian Post. “Like any object that’s heavily used, it has to be replaced.”

The arrival of the Bibles was marked by a celebration complete with dancing, songs, and speeches. Many people might have thought this scene impossible just 52 years ago.

The Yali were once known as the most feared tribe in Indonesia’s Snow Mountains. Short and aggressive, they used their bows to kill other tribesmen and eat them. Even when the tribe wasn’t at war, they hunted people for meat. Few who entered their mountains returned.

The tribe didn’t know people existed outside the mountains of Papua New Guinea, or of a way to live without killing each other.

“I still remember the day when the first missionary arrived here,” an elder said in a MAF video. “It made a big impact. Without MAF, we might still live in our old way of life.”

Hoaglun said that when the Gospel arrives in a new tribe, it changes everything. The Bible frees people from the fear of powerful spirits and from cruel cultural practices. They find hope and peace from faith in Jesus.

“It’s transforming to people,” he said. “There are missiological debates about leaving them as untouched as possible. But when you realize how people treat their children, their spouses, it’s not acceptable. Having a message of God’s love changes everyone’s life.”

Often, the Gospel means so much to tribes that members travel to nearby villages to tell people about their new faith.

Missionaries Stan Dale and Phil Masters started to reach the Yali tribe with the Gospel. In the 1960s, Dale visited the Yali to share the Gospel. Along with the first Yali Christian, a man named Luliap Pahabol, Dale translated the New Testament book of Mark into Yali. It was the first step in a Yali Bible translation that took 30 years to complete, and which the Yali read today.

In 1968, Dale, Masters, Pahabol and a group of porters from the nearby Dani tribe walked into Yali’s territory to tell them about Jesus. The Yali threatened the group and told them they would kill them. The group left. Then the Yali pursued them to an open river beach, bent their bows and sent volleys of arrows into the missionaries and their porters.

Masters and Dale stood on the beach, pulling out the arrows that wounded them until they died along with several members of the Dani tribe. The Yali ate their bodies, ground their bones into dust and scattered it to prevent the “resurrection” the missionaries had told them about in their earlier meeting.

Three months later, a Yali man sheltered the son of missionaries who was the sole survivor of a plane crash. Soon after, a search party arrived and the Yali saw it as a positive sign and allowed the missionaries to live among them and teach them the Gospel.

“Because God in His far-reaching love, worked through a killing, a plane crash, faithful missionaries, translators and organizations like MAF, these Yali tribes no longer walk the path of darkness. Their path is lit by the Word of God,” said Linda Ringenberg, wife of Dave Ringenberg, to The Christian Institute.

Today, the Yali have left their violent traditions behind to follow Jesus.

“From now on we will be using the Bible as our tool. This will be our fresh water,” said one Yali woman in the video. “Now we can read it in our mother tongue.”