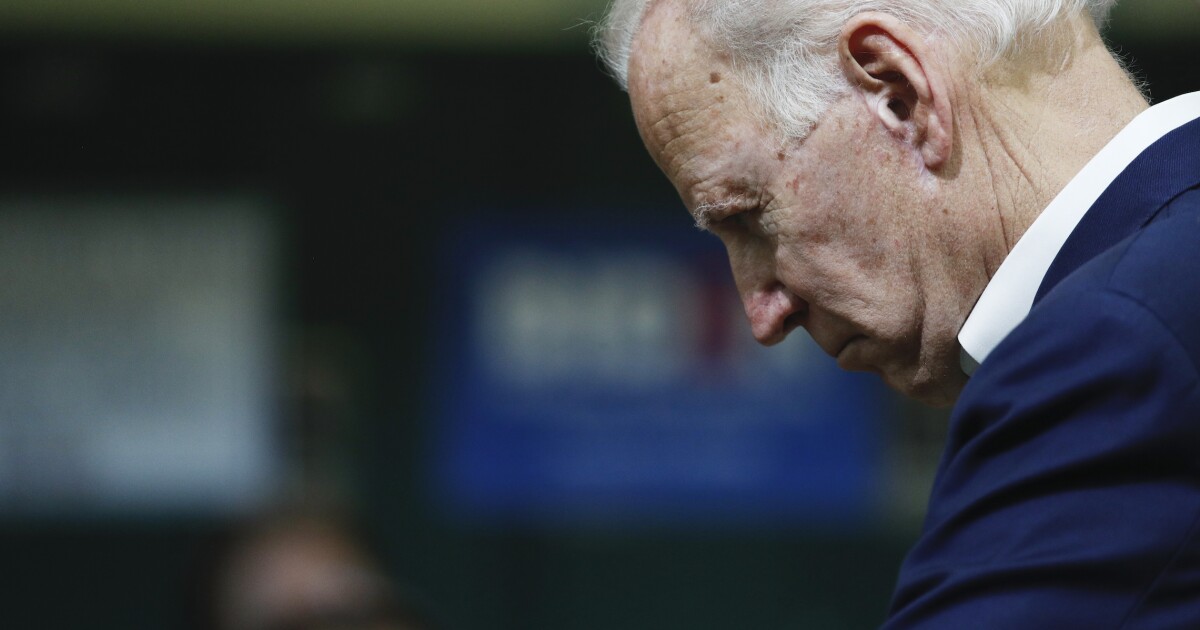 Joe Biden has pursued an unorthodox strategy of running for president that involves not campaigning. Since March, Biden has rarely left his house. He holds few events, doesn’t give many interviews, and as of late, has wrapped up his public schedule early in the morning.

There has been some speculation about whether, if he proves successful, his 2020 campaign strategy will change how candidates run for office. But win or lose, there are several reasons Biden’s strategy is unlikely to be replicated in future presidential elections. Here are four of them:

Biden’s name recognition: It’s very rare for a challenger to be as well-known as Biden. Already somebody who served in the Senate for decades, Biden was in the public eye for eight years as vice president, including his personal struggle with grief after his son’s death from cancer. Typically, somebody challenging an incumbent needs to introduce himself to voters, but Biden needs no such introduction. That makes it a lot easier to dispense with usual campaign appearances.

Trump’s self-inflicted wounds: In President Trump, Biden has an opponent who loves to hog the spotlight and generate headlines. Often, that means Trump making bombastic, nasty, or inappropriate comments that remind many voters why they can’t stand him. Trump’s approval ratings have been underwater throughout his presidency, and going into the election, it was widely believed that if the election were a referendum on Trump rather than a choice between him and Biden, then Trump would lose. There’s no better way to make the campaign a referendum on Trump than to go into hiding and let Trump do his thing.

Media have never been more dedicated to a candidate losing than with Trump: It’s no secret that the media overwhelmingly prefer Democrats, and the coverage in every election reflects that. But with Trump, it’s even more obvious than usual. As I’ve detailed, liberals have spent the last four years working the refs, essentially arguing that any critical coverage of Hillary Clinton in 2016 helped create a false equivalence between the two candidates. By making them both seem just as bad, the argument goes, voters lost a sense of the fact that Trump was a unique threat to democracy. The media absorbed this lesson, and journalists are frightened to say or write anything negative about Biden, lest they be seen as complicit in turning the United States into a fascist dictatorship. Though the Republican is always at a disadvantage with the media, the media have never been as terrified of writing something critical of a Democrat as they are now with Biden.

The COVID-19 excuse: This is the big one. Biden is able to get away with his low-key strategy because he can argue he’s just trying to be safe during the coronavirus. Of course, were he eager to campaign, he could think of ways to do so. He could be agreeing to more combative remote interviews. He could hold outdoor events with limited capacity in large-enough venues to allow for social distancing. But in the end, the public has become so accustomed to events getting canceled in the past six months that it doesn’t seem particularly unusual that Biden isn’t actively campaigning. Under normal circumstances, it would be really difficult to pursue this strategy, especially as somebody nearing 78, without raising serious questions about physical and mental readiness for office.

For these four reasons (and likely others), Biden’s strategy of dispensing with the campaigning part of running for president will be unique to 2020, even if it proves successful.