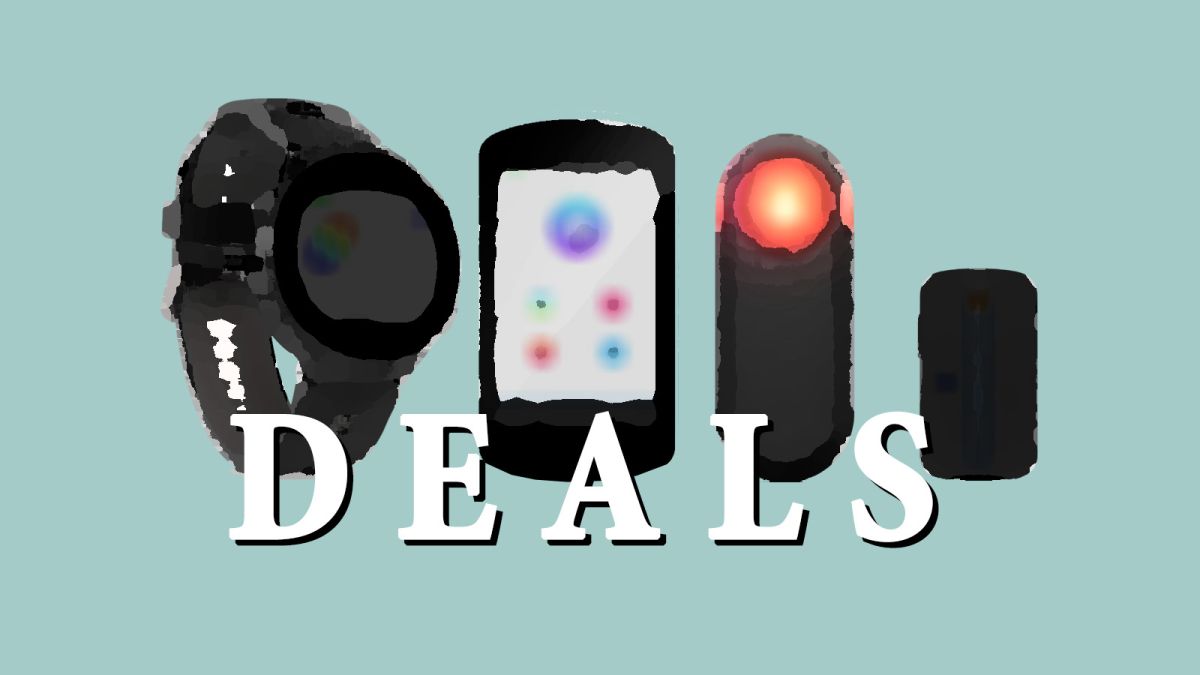 Garmin has forged a deserved status for navigational excellence. The American brand initially built its customer base with marine, aviation and automotive navigation systems, but as technology has improved and scale allowed, its cycling product portfolio has grown.

You don’t need to wait for the Amazon Prime Day cycling deals or for a Black Friday Garmin deal, as we’ve pulled together all the best Garmin deals aimed at cyclists right now. Alternatively, if you’re looking for more than just Garmin, our cycling deals page is a top-level view of the best bargains available right now, covering everything from bikes to bar tape.

Garmin is home to some of the best cycling computers on the market, ranging from devices that help you track your speed, to models that can navigate routes, log training data and guide workouts, the company has a device for every budget and purpose. Garmin cycling computers can not only guide you but also function as a digital training assistant on the bike with its training metrics. It has also added some very useful safety accessories, such as the rearview radar system, which alerts one of an approaching vehicle.

To help you navigate the huge Garmin range and identify superior value for your requirements, we have compiled a list of some best buys.

Garmin Edge Touring | 20% off at Backcountry
Was $249.99 | Now $199.99
Trying to navigate with a Smartphone that isn’t triangulating accurately, can be both annoying and dangerous, especially whilst pedalling along. Garmin’s solution is its affordable Edge Touring.

It might not have all the rider performance data of more expensive Garmins, but this one will never get you lots on a bike packing or touring adventure. The Edge Touring has 17 hours of turn-by-turn navigation endurance. Preloaded with cycling-ready maps, it has powerful routing software which can facilitate backroad adventures, when required.View Deal

Garmin Edge 1030 | Purchase from Amazon
Was $599.99 | Now $459.00
The Edge 1030 is a premium cycling computer in the Garmin product portfolio. Behind its 3.5in display, powerful software uses the network of all other Garmin users to design and suggest superior on- and off-road routes. Rider-to-rider messaging helps to keep those high-intensity group rides organised, while preloaded Strava and TrainingPeaks deliver a virtually inexhaustible challenge of competitive training options.

Beyond its core navigation abilities the Edge 1030’s offering is supplemented by clever analysis tools for training, to ensure that you are in the zone, instead of over- or undertraining. The Edge 1030 now includes an anaerobic training metric, to help riders better understand the interplay between power and strength training.

While the Edge 1030 has been superceded by the Edge 1030 Plus, it’s still one of the best cycling computers available on today’s market.

Garmin Edge 1030 Plus Bundle | 11% off at Chain Reaction Cycles
Was £599.99 | Now £535.00
No fiddling with multiple order forms and anxiety about convergence. With this Garmin bundle, you have a neat set of accessories to ensure that your Edge 1030 Plus delivers a seamless user experience and becomes a valuable training partner.

The CRC bundle includes a heart rate monitor strap, speed and cadence sensors. In combination, these accessories enable excellent data harvesting, allowing you to make the most of Garmin’s tracking software and workout suggestions. Edge 1030 Plus cycling computers also feature Garmin’s ClimbPro feature, which calculates and relays the remaining gradient and distance on an ascent in real-time, allowing you to pace yourself accordingly.

Garmin Edge 130 | Buy now from Halfords
Was £169.00 | £99.00
Garmin’s Edge 130 packages an attractive list of features, for a very fair price. Training programs can be sourced and synched from Garmin Connect or Training Peaks, whilst physiological parameters such as VO2 Max and heart rate can be integrated and viewed, too. Although the display is not in colour, its graphics have crisp contrast and are easily readable – even in direct sunlight. Enjoy exploring? This Garmin device can also create a breadcrumb map when you are doing that, enabling easy navigation back home.View Deal

Garmin 1030 / 1030 Plus case | 25% off at Jenson USA
Was $19.99 | Now $14.99
Your Garmin Edge 1030 is not cheap, and mounting mishaps do happen. To prevent an expensive screen replacement or unsightly wear on your premium Garmin cycling computer, shield it with an appropriately shaped and manufactured silicone case. The outlay is way less than a repair and there is a selection of vivid colours (or black/white) to compliment any build.View Deal

Garmin Cadence Sensor | 13% off at Amazon
Was $39.99 | Now $34.85
Garmin’s cycling computers can capture, analyse and structure a lot of rider-generated data. It is the kind of information that is crucial to customise your training regime to perfection. With a robust and affordable cadence sensor, you can easily move the ability to harvest crank speed between different bikes, enabling full training and commuter mileage awareness, on your entire cycling fleet.View Deal

Garmin Charge Power Pack | 27% off at ProBikeKit
Was $157.49 | Now $113.99
Digital cycling devices are great, but they all have finite battery endurance. This can be an annoyance when you are bike packing or on a gravel bike touring adventure without recharging points. Or on a brutal 24-hour training ride. Fortunately, Garmin produces a charge power pack, which connects to its premium Edge 1030 cycling computer, boosting its operational endurance to 24 hours. At a weight penalty of only 132g, it is definitely worth the sacrifice.View Deal

Garmin Vector 3S – 10% off at Amazon
Was $626.99 | Now $569.99
If you seek the most accurate Garmin accessory for measuring power on your ride, into a Garmin device, these pedals are it. Compatible with both Garmin Vector and Look Keo cleats, these pedals offer a generous 6-degrees of float. Bluetooth connectivity boosts the ability to communicate with Garmin’s ecosystem, in addition to ANT+ data connectivity. These pedals can generate data on power, cadence and climbing dynamics.View Deal

Garmin Varia 2 Radar tail light and head unit | 26% off at Chain Reaction Cycles
Was £269.99 | Now £199.00
On those epic weekend rides, you might start early and finish late. That is when a Garmin Varia 2 rear bike light proves its worth. Delivering an arc of light 220-degree wide and visible at 140m, Garmin’s Varia 2 will inarguably make your fading light rides much safer. It also has a pulse signal on the head unit display, to alert you of approaching vehicles from the rear. View Deal

Check out out other deals roundups

Where to find even more cycling deals

Competitive Cyclist is one of the largest cycling retailers in the US. Their cycling sale is ongoing and there are deals aplenty.

ProBikeKit often slashes prices on Castelli clothing, Scicon bike boxes, and an abundance of accessories including power meters and lights.

BackCountry, the US outdoor sports retailer, is one of the United States’ go-to online retailers for bikes, components, clothing and accessories. It doesn’t limit itself to cycling though, with fishing, skiing, and even yoga in the range of sports catered for.

Jenson USA is another USA-based retailer and always has thousands of offers available.

Rei is an outdoor retailer based in the USA. There’s always a sale, and you can currently get up to 64% off cycling products and even more in other categories.

Gear Coop has a huge cycling section within its sale, including Giro shoes and Look pedals with handsome discounts.

Seshday has up to 80% off in its sale. It’s not all cycling, but there’s a good portion of tech that cyclists of both road and mountain bike disciplines will get excited about.

Clever Training is the go-to place for all-things fitness training. With everything from turbo trainers to track pumps, the Clever Training sale has discounts on brands such as Garmin, Suunto, Topeak and more.

Moosejaw isn’t a dedicated cycling retailer, but it sells a range of venerable brands. There’s a heap of bikes on sale, including gravel, road, and electric commuting bikes.

Eastern Mountain Sports is another outdoor retailer that also sells cycling products. You can save up to 60% on cycling gear, although they don’t sell bikes.

Tree Fort Bikes has a range of road, gravel and mountain bikes on offer, including a number of bikes from Salsa, Surly and Giant.

Walmart might be a left-field inclusion in this list – even with the Walmart family buying Rapha. We certainly wouldn’t recommend a typical supermarket bike, but Walmart has a huge range of electronics, a lot of which are useful to us cyclists – such as GoPro cameras, iPads or laptops for Zwift, Garmin computers, or even some new clippers to keep your legs silky smooth.

Wiggle is one of the world’s largest online cycling shops, supplying over 70 countries with cycling deals.

Chain Reaction Cycles is owned by Wiggle, and therefore shares many of the same cycling deals as well as an international audience.

Evans cycles is one of the oldest cycling retailers in the world, it is a British company that services the world via its online store. For even more deals, check out our Evans Cycles deals.

Amazon isn’t exactly the first retailer you think of when shopping for your bike but there’s little the world’s largest retailer doesn’t sell, such as tablets for Zwift or Garmin computers.

Tredz is another British retailer with international delivery options and a range of great cycling deals.

Rutland Cycling is yet another British retailer that operates internationally.

Tweeks Cycles is more UK-focussed, but there are still some great deals worth checking out.

Hargroves Cycles is a retailer based in the UK and regularly discounts road and gravel bikes.

Cyclestore, one of the UK’s lesser-known retailers, often has Specialized products at the best available price.

Leisure Lakes is another UK retailer. With 11 stores, it’s a relatively well-known franchise, and will happily ship overseas.

Halfords is discounting all sorts of cycling products. We’d recommend against their bikes, but for electronics and tools, you can’t go far wrong.