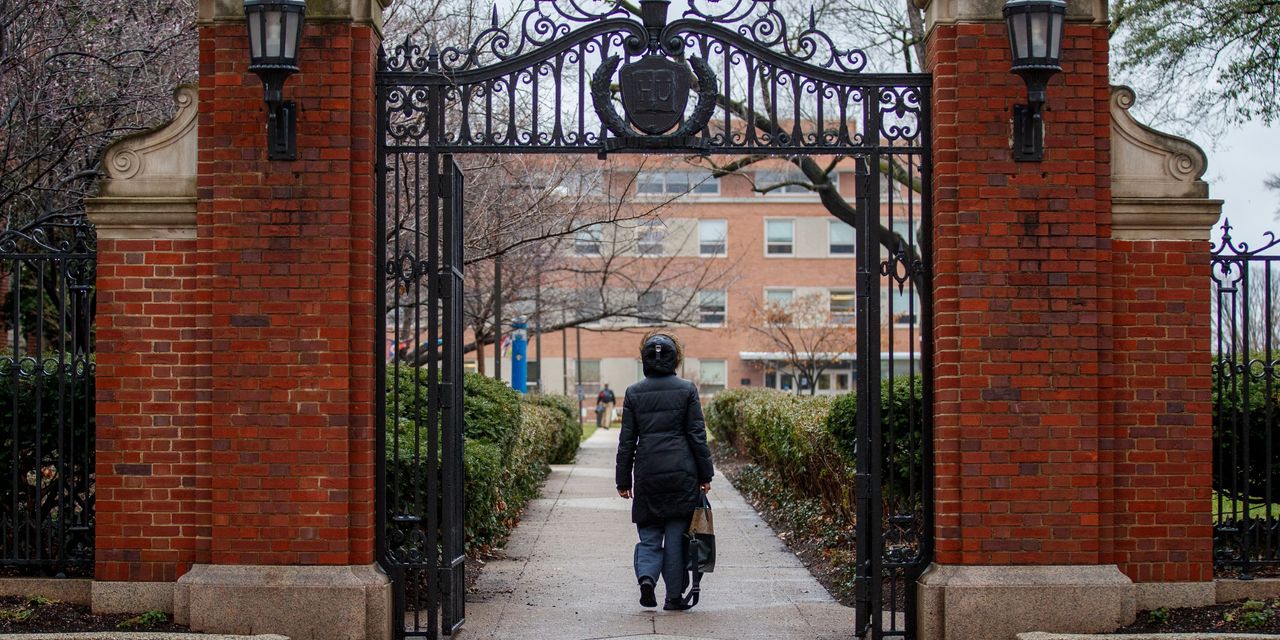 The donation will supplement the Just Project, an initiative from

that has provided instruments, kits and Covid-19 testing infrastructure to seven historically Black colleges and universities across the country so far.

The donation will be divided among Florida A&M University, Hampton University, Howard University, Meharry Medical College, Morehouse School of Medicine and Xavier University of Louisiana, with each school receiving $1.5 million. Up to four more schools will be added to the donation in the coming weeks.

These schools will act as hubs for other historically Black colleges in their regions, and will process Covid-19 tests administered on those campuses. Forty-six schools have currently signed on to participate in the project, a Thermo Fisher spokeswoman said.

Black Americans have been disproportionately affected by the coronavirus pandemic, and infections are increasing among young adults. These facts spurred the Gates Foundation’s interest in helping to increase testing capacity at historically Black schools, said Allan Golston, president of the foundation’s U.S. program.

“We absolutely have to reduce the disparities in access to testing, period,” Mr. Golston said during a press conference Tuesday. “These HBCUs have emerged as leaders on this issue, and we’re proud to be supporting them as they work to ensure that this public health crisis does not become an opportunity crisis for their students and communities.”

The expansion of testing at Howard University through the Just Project and the Gates Foundation donation is “a major step towards being able to bring students back in a safe environment” next semester, the school’s President Dr. Wayne A.I. Frederick told The Wall Street Journal.

The donation comes as historically Black medical schools have begun to recruit volunteers for Covid-19 vaccine trials. The trials haven’t recruited enough African-American participants so far, and presidents of historically Black schools say their institutions are getting involved to show the Black community they trust the vaccine trial process.

“The vaccine will not be considered effective if it does not enroll enough diverse persons to understand whether or not they’re achieving the benefit,” said Dr. Valerie Montgomery Rice, president of Morehouse School of Medicine.

It is important to acknowledge that Black people have been mistreated in medical trials in the past, Dr. Montgomery Rice said, but now, “we’re on the NIH panels, we’re at the FDA, we’re in the rooms where decisions are being made.”

Historically Black colleges and universities are also researching therapeutic treatments for Covid-19 and expanding testing in their wider communities. Hampton University will have the capacity to do 2,000 tests a day to serve the rural and minority communities surrounding the school, said President William R. Harvey.

Additionally, leaders at the schools say the Just Project and Gates Foundation donation will enable them to strengthen lab and research capabilities beyond Covid-19.

The Just Project and Gates Foundation donation follow several other large donations made to historically Black colleges in recent months, including eight-figure donations from MacKenzie Scott, ex-wife of

Historically Black colleges and universities have been “boxing above our weight class for a long time,” Meharry Medical College’s Dr. James E.K. Hildreth told the Journal. “We do a lot with a little. And maybe now we’ll have a little bit more, so we can do even more.”