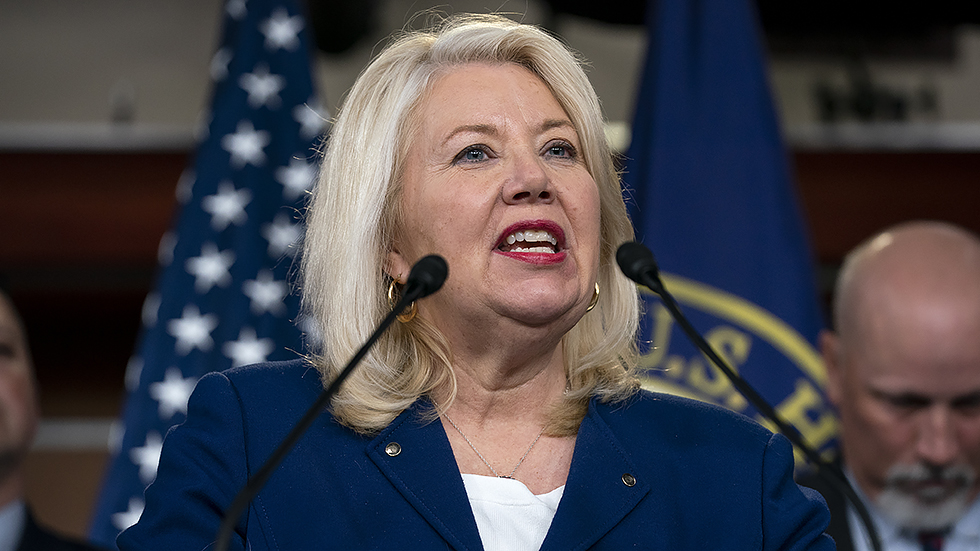 A resolution introduced by Republicans in both chambers of Congress on Thursday would define words like “woman,” “man,” “mother” and “father” on the basis of biological sex, a rebuke to transgender and inclusivity measures.

Republicans call the measure a “Women’s Bill of Rights,” arguing that defining women on the basis of biological sex is necessary to protect women’s rights in spaces like domestic violence centers, sports, locker rooms and bathrooms.

“The Democrats are erasing women and the spaces that are uniquely ours,” Rep. Debbie Lesko (R-Ariz.), who is leading the House version of the bill, said at a press conference announcing the bill on Thursday with the Republican Study Committee, the largest conservative caucus in the House.

The resolution, which would not have the force of law, states that the House believes that for the purposes of federal law, “sex” refers to biological sex; terms like “mother” and “father” refer to individuals of the female and male sex, respectively; and that agencies are required to base reported data on the biological sex of individuals at birth.

The House version of the resolution has 11 co-sponsors, and was promoted by the Republican Study Committee. The Senate version was introduced by GOP Sens. Cindy Hyde-Smith (Mo.), Cynthia Lummis (Wyo.) and Ted Cruz (Texas).

“The radical Left has launched an attack on biology because they want to put themselves above God and they want to brainwash our daughters with their woke-ism,” said Rep. Mary Miller (R-Ill.), who is also leading the resolution.

“The Republican resolution is another in a long line of cynical attempts by anti-LGBTQ extremists around the country to erase transgender and nonbinary people from our communities,” said Olivia Hunt, policy director for the National Center for Transgender Equality. “More than a century of science has shown us that biology is far more complicated than what the authors of this resolution describe, and that trans and nonbinary people’s genders are just as real and just as valid as everyone else’s. Science simply doesn’t support this attempt at making our existence a ‘culture war.’”

The measure was based on model legislation developed by the conservative Independent Women’s Voice and the Women’s Liberation Front, a trans-exclusionary feminist group. The conservative Heritage Action is also supporting the resolution.

The definition of “man” and “woman” have fueled Republicans, who referenced Judge Ketanji Brown Jackson being asked to define “woman” during her Supreme Court confirmation hearing and Jackson responding by saying that she is not a biologist.

Earlier in the week, Rep. Dan Bishop (R-N.C.) asked a Democratic witness at a hearing to define what a woman is and asked whether men could get pregnant and have abortions. The witness, Aimee Arrambide, executive director of an abortion rights nonprofit, said that “everyone can identify for themselves” and that men could get pregnant.

“As a pharmacist, allow me to define a woman. Females are the sex that have the capacity to bear children and produce eggs,” Rep. Diana Harshbarger (R-Tenn.) said at the press conference. “Women have two X chromosomes and are born with a uterus and ovaries.”

Rep. Jim Banks (R-Ind.), chairman of the Republican Study Committee and a co-sponsor of the resolution, described being suspended from Twitter over misgendering Assistant Secretary for Health Rachel Levine, the first openly transgender official confirmed by the Senate. He argued that he was “pointing out obvious truth about biological sex.”

Hunt said that Republicans are engaging in “bullying disguised as lawmaking.”

“They give permission for people to hate or to be afraid of people they don’t understand. Transgender and nonbinary people are already at great risk of discrimination, harassment and violence,” Hunt said. “And these politicians want to do even worse by denying us access to health care, banning young people from school sports and pretending that we don’t exist. But transgender people have always been a part of American society. And we always will be.”