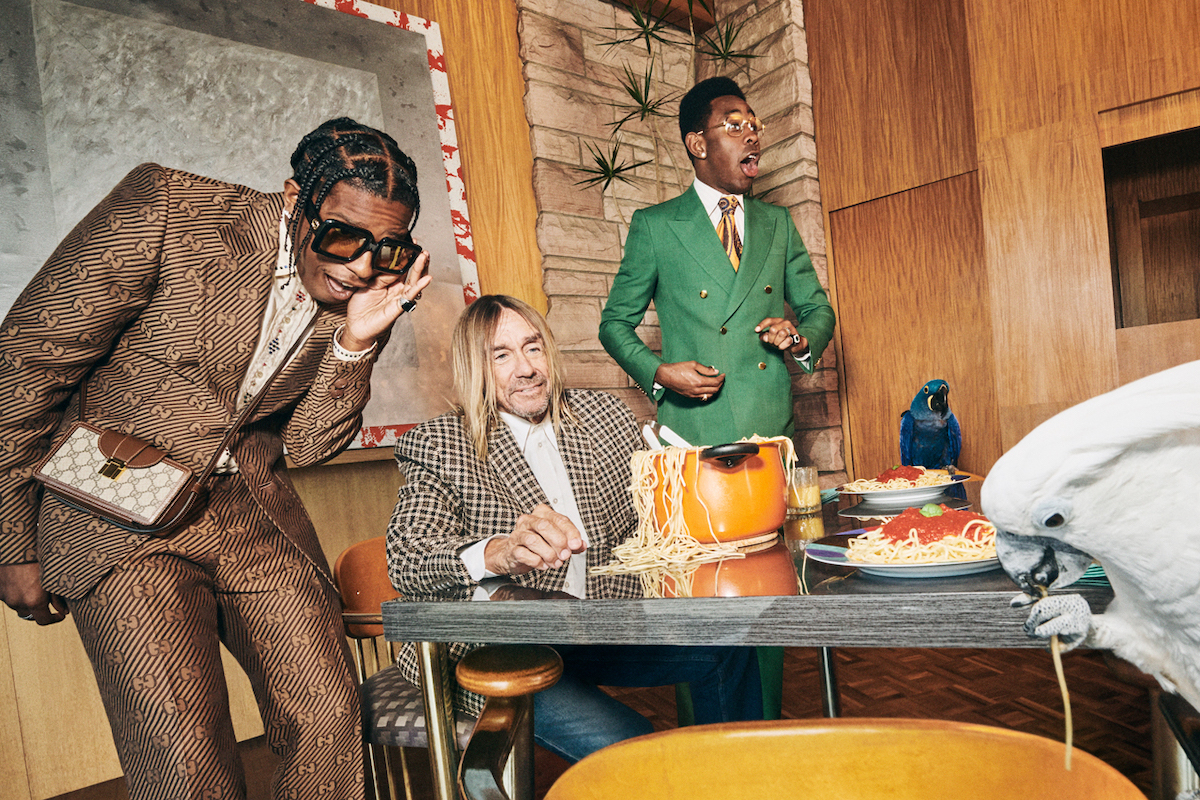 Gucci is a byword for luxury. The almost century-old brand has a long and storied history of fashion innovation, and under current men’s creative director Alessandro Michele, Gucci’s supremacy in the world of luxury fashion has been catapulted to new heights.

Michele’s brought a unique ‘geek chic’ vibe to the house, unearthing the kitschiest and wildest fashion trends of the 70s and applying a youthful, iconoclastic edge. Another feature of modern Gucci menswear has been its willingness to blur gender boundaries – celebrities like Harry Styles and Jared Leto pushing androgyny to the forefront of the public consciousness.

Gucci’s latest tailoring campaign charts a different course, however. The irreverent retro aesthetic that’s become a trademark of the brand remains stronger than ever, but Gucci has surprised fashion fans by unveiling a suite of incredibly masculine, eminently wearable suiting – and getting some of the music’s most fashionable (and talented) figures to exhibit their work.

Shot by cult photographer and director Harmony Korine (of Spring Breakers and The Beach Bum fame) in a spectacular modernist mansion in Los Angeles, the campaign features rappers (and good friends) A$AP Rocky and Tyler, the Creator gallivant around in slick Gucci suits with legendary punk rocker Iggy Pop and his pet parrots. It’s an incredibly idiosyncratic yet surprisingly fitting campaign that also shows off how Gucci’s tailoring excellence.

RELATED: Menswear Experts Explain What Will Happen To Australia’s Suit Culture If We Don’t Go Back To Work 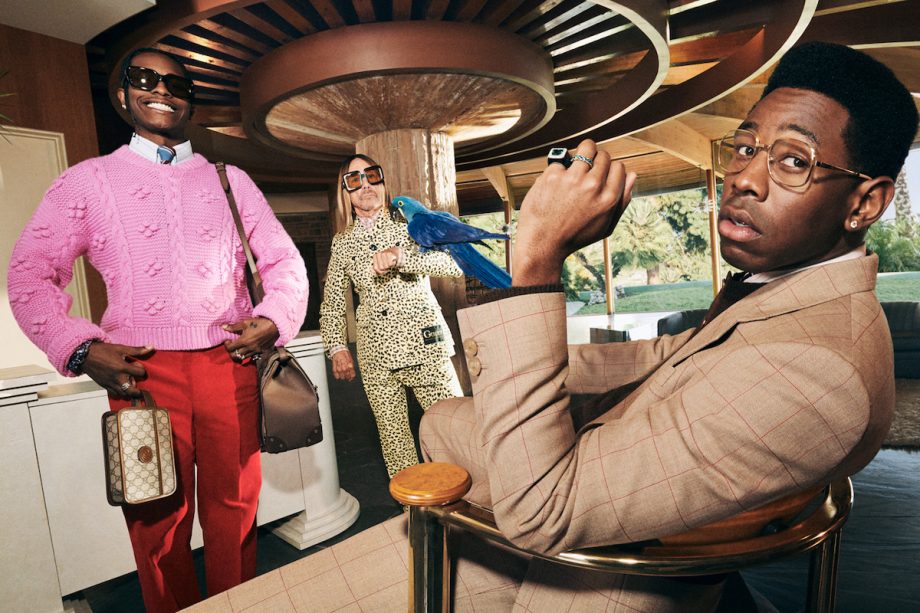 All three musicians are well-known for their sartorial chops. A$AP Rocky is widely considered one of the most fashion-forward celebrities in the world and has modelled for names like Raf Simons, Louis Vuitton and Calvin Klein. Tyler, the Creator is also a larger-than-life style icon, having launched his own highly successful clothing label Golf Le Fleur and collaborating with brands like Lacoste, Converse and Suicoke: it makes sense that Rocky would rope his mate in on this haute couture joint.

Pairing them up with Iggy Pop was a masterstroke by Korine. While Iggy might be better known for performing sans shirt, the 73-year-old still exudes a youthful vigour and nose for fashion that most people a third his age fail to. He too is no stranger to the world of luxury fashion – famously donning a Dior handbag and dress for T Magazine back in 2011.

Gucci’s never been accused of being boring but some of their contemporary looks are hard to wrap your head around unless you’re really into fashion. This campaign emphasises that the Italian fashion titan isn’t just glitz and gimmick, though: Gucci still know how to make a bloody good suit that just about anyone would look good in. These designs perfectly blend old school tailoring know-how with a touch of humour and swathes of retro cool.

In a year that’s been incredibly challenging for the fashion industry, this campaign is a breath of fresh air. Gucci has a sense of humour as well as an unparalleled sense of style – we just can’t wait to see these suits in the flesh.