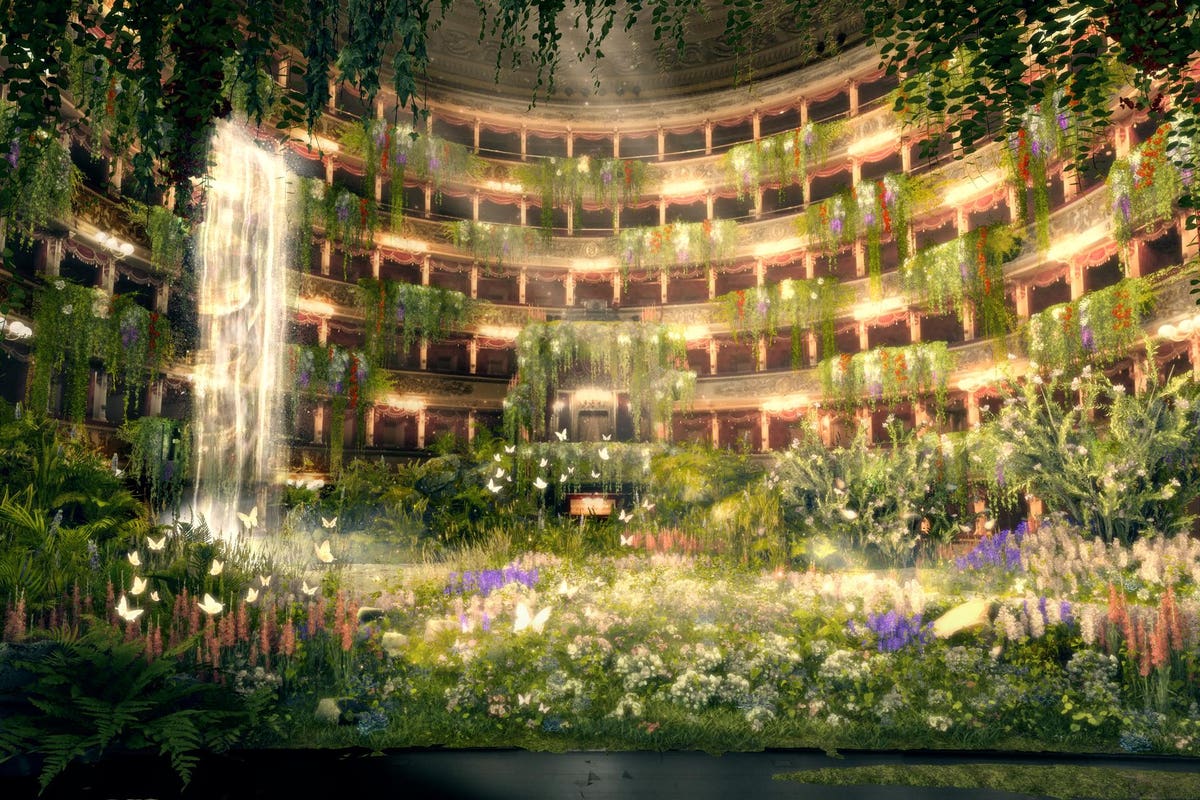 Zendaya is the first winner of the Green Carpet Fashion Awards (GCFA) for her work recruiting an all black team to work on her InStyle cover shoot and including plus size models in her catwalk show with Tommy Hilfiger in 2019. The remaining four winners will be announced at the ceremony this Saturday October 10 which is being broadcast for the first time.

The awards, organized by the Italian fashion body Camera Nazionale della Moda Italiana and sustainability consultancy Eco-Age, celebrate those working towards a sustainable future both in front and behind the scenes of fashion but this year, that’s not all that is setting them apart. Unable to host the event in person, due to the pandemic, they’ve turned to some of the most exciting technology available, including holograms, CGI and 3D real-time rendering, to curate a one-hour production which will be shown to audiences across Europe on Sky TV, through TenCent in China and globally on YouTube’s fashion channel.

The organizers are hoping celebrity appearances and futuristic technology will draw in audiences in a year when similar events have lacked in entertainment value. Last month, the Emmys, which took place with nominees attending via video link, hit an all-time low rating of 6.1 million viewers.

The GCFAs has turned the awards’ usual home of Teatro alla Scala in Milan into a garden paradise using special effects to host realistic appearances from guests and nominees. Robert Downey Jr. will be opening the show exclusively for audiences tuning in on YouTube and Colin Firth has appeared in a preview for the ceremony but most VIP names are remaining a secret until the broadcast.

“When we started to look around at what other people were doing in the event space, everything that was happening online: concerts, virtual ceremonies. It all felt very like the middle ages of technology,” said Livia Firth, founder of Eco-Age and the GCFAs. “We thought, you must be able to do something better and bigger.”

With a budget of just €2 million and just a couple of months to pull it altogether, it’s been a challenge but Firth, who worked as a documentary producer before founding Eco-Age has managed to enlist a top team, many of whom reduced their fees to work on the project. The awards are directed by Giorgio Testi, produced by Pulse Films with executive production from Tendercapital; a group that counts multiple Emmy, Grammy and BAFTA nominations between them.

“When I first heard about the project, I thought it was going to be very straightforward,” said Testi. “When I started talking to them more, I realized it’s actually something quite groundbreaking.”

With so much technology involved, Testi hopes they’ve also managed to keep a human element to it: “When you do project like this where there is a lot of technical elements, you might end up creating something that seems a bit cold and we need, these days, to feel close to people.”

Moreno Zani, chairman of Tendercapital, added: “Giving the audience the chance to get lost in a magical world, which transforms the most prestigious opera theatre in the world into an unspoilt kingdom of nature is a way to entertain, but also to make people think and dream. In the end, what we strive to do through storytelling, is make people dream about a better world.”

This unspoilt kingdom been created by Northhouse, a creative agency known for creating visuals for some of the biggest concerts in the world. With a brief to “think big”, they’ve pushed themselves to new creative possibilities. “[We’re] using augmented reality techniques in a way that just hasn’t really been used before. We’re using a real-time game engine to render very close to real life a kind of three-dimensional video content,” explained Tom Bairstow, creative director, producer and founder of Northhouse. “I’m interested to see what the audience perceives as real and virtual.”

The technology also has an environmental benefit. Larry O’Reilly, CEO of ARHT Media who are providing the hologram technology, explained: “[Livia Firth] is such a green advocate and because [we] keep people off planes, it’s the perfect technology. This particular year is the perfect year where she not only has the emotional need but the actual physical need to connect people virtually in a more compelling way.” Those appearing via hologram at the awards are able to see and interact with people at the other end with only three second latency.

Many of ARHT Media’s clients are busy CEOs or heads of state who use it be more efficient but, last year, 30% of new business enquiries said their primary reason was to cut down carbon footprint. Holograms could become essential for award shows looking to become carbon-neutral.

The Green Carpet Fashion Awards is only in its fourth year but has made a name for itself for using fashion’s glitz and glamour as a tool to raise awareness of sustainability issues and a pandemic wasn’t going to get in their way of doing that again. In fact, the timing couldn’t be better to reimagine an award ceremony as we reimagine our lives post-pandemic. “We couldn’t do an event that was completely detached from what is happening today, geopolitically,” Firth said. “The five awards reflect the values that we want to see in the new era going forward. If this is the beginning of a new era, what are the clothes that we’re going to wear in it and how are we going to be?”