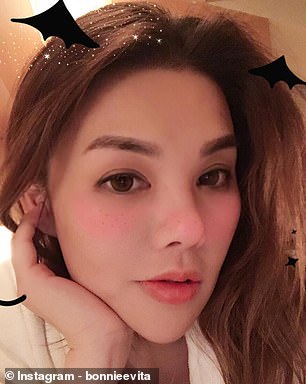 The surgery was said to be part of the celebration for the socialite’s 35th birthday. 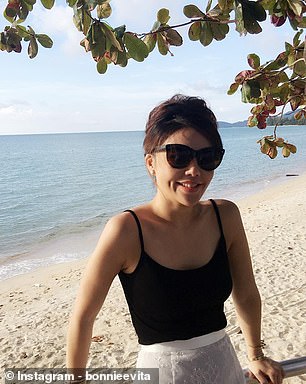 Bonnie Evita Law, whose late grandfather built a billion-dollar fashion empire, died in January after falling into a coma during plastic surgery in Seoul. South Korean police have released more details of the case. Above, the late socialite in seen in pictures on her Instagram account

Her death was likely to be related to an anaesthesia drug the medics used on her during the operations, the police claimed, adding that the clinic had failed to check the medicine before the surgery.

The police also claimed that the clinic had not asked Ms Law to sign an official consent for the surgery. They added that the procedures had been conducted by uncertified plastic surgeons without the presence of anaesthetists. 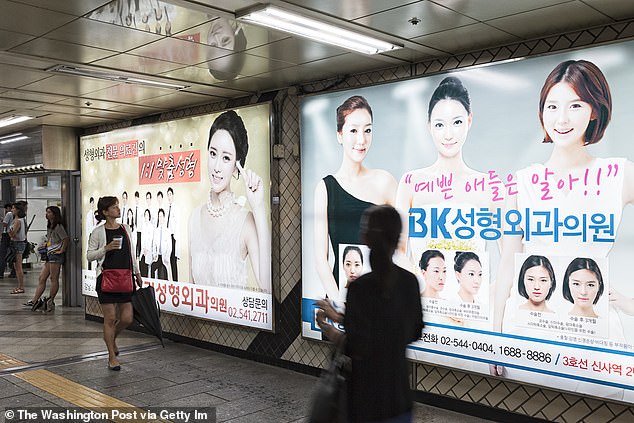 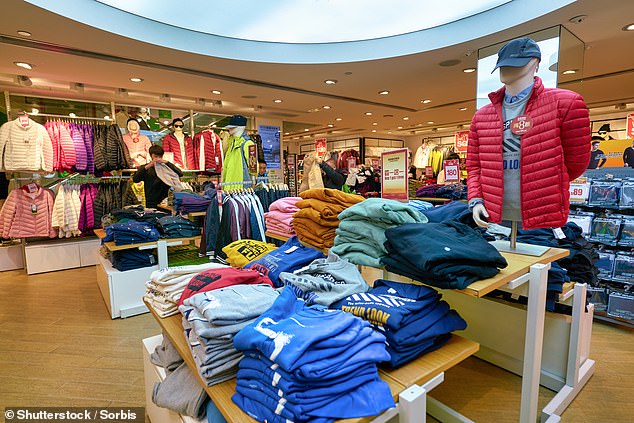 Bonnie Evita Law was the granddaughter of the late tycoon Law Ting-pong, who founded fashion brand Bossini in 1987.

Her father is Raymond Law Ka-kui, who is the sixth son of Ting-pong.

The Law family remains a significant presence in the management of the company.

According to the Ta Kung Pao, Ting-pong was a leading textile businessman, who set up the Lawsgroup in 1975 and then its first production facilities in China.

In 1987, it was listed on the Hong Kong stock exchange as Laws Fashion Knitters Ltd and in the same year, he created the Bossini brand.

Furthermore, preliminary investigation from the police showed that the agency, which had arranged the cosmetic surgery for Ms Law, had not completed its relevant registrations and was illegal.

The police told MBC that they planned to press charges against relevant individuals.

Ms Law fell into a coma at the clinic in Seoul’s upscale Gangnam district and was transferred to a hospital where she was pronounced dead, the South China Morning Post reported earlier this year.

She left behind her husband of 10 years and their seven-year-old son.

‘Her death was unfortunate, unnecessary and unlawful. It was solely as a result of their gross negligence, greed and incompetence,’ Ms Law’s husband, Danny Chi, criticised the clinic in an interview with the South China Morning Post in March.

According to the news outlet, Mr Chi initially planned to sue the clinic partially for the loss of the substantial annual income and the future inheritance he would benefit from through his wife. He eventually withdrew the case.

Born to a wealthy business family in Hong Kong, Ms Law was the granddaughter of Law Ting-pong, who was a textile tycoon and founder of Bossini, a popular fashion brand.

Ms Law was survived by a brother and a sister.

Her sister, Queenie Rosita Law, was abducted for a HK$28million (£2.7million) ransom in 2015 and kept in a cave for four days before being released.