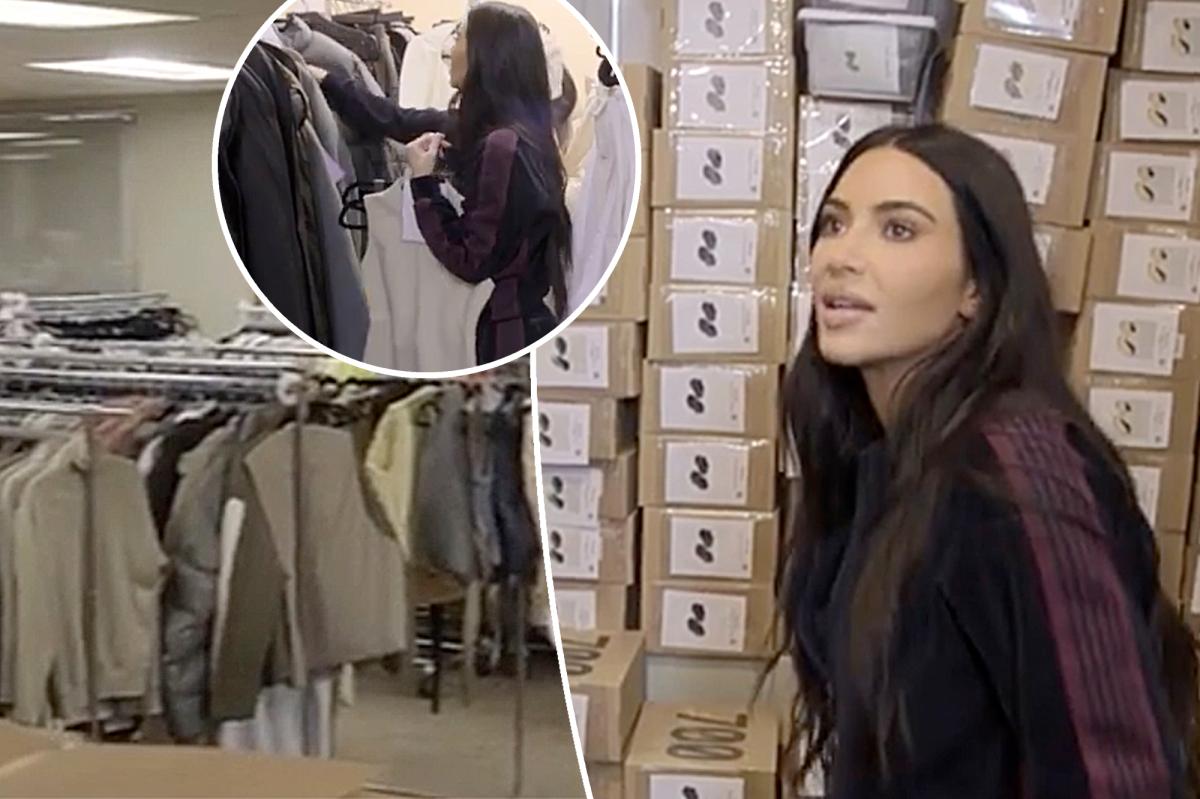 Kim Kardashian’s fashion collection is far too big for any closet.

On Thursday’s new episode of Hulu’s “The Kardashians,” the Skims mogul took viewers inside her massive style archive.

“I think I have 30,000 pieces,” the star told pal Tracy Romulus while touring her packed storage facility in an attempt to “figure out” her “new fashion era.”

“I have so much stuff and I’ve had so many different fashion eras … So I just want to see where I’ve been and where I wanna go,” she said.

Highlights include the white Gucci minidress Kardashian wore on New Year’s Eve 2011 in Las Vegas after her split from Kris Humphries, when she said she was “skinnier than ever.”

“I thought I was on fire,” she joked.

Kardashian then uses her photographic fashion memory to recollect the one-shouldered white dress she wore with blue eyeshadow at her first-ever Emmys in 2009.

Earlier this season, Kardashian said she was having “panic attacks” without ex Kanye West as her stylist; the rapper famously dressed the brunette bombshell over the course of their decade as a couple, and was the brains behind many of her iconic outfits.

Some of her recent self-styled looks haven’t passed muster with West — like a leather Fendi x Skims dress and gloves, which he compared to Marge Simpson’s signature outfit.

“I’ve always had Kanye there as, like, this crutch to teach me so much about fashion, and having that not be there as my crutch to guide me has really forced me to figure it out on my own,” she said.

When Kimye first got together in 2012, the rapper famously overhauled the reality star’s closet — but when Romulus asked whether Kardashian would ever revisit her old, pre-West wardrobe, the star revealed she kept the items he told her to trash.