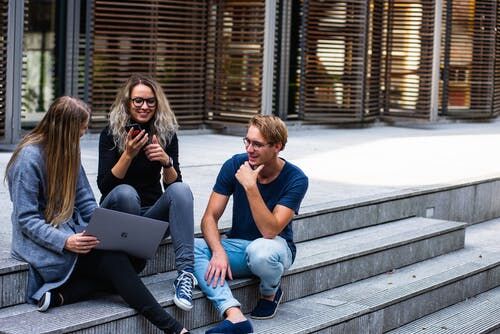 Meaning in life at large is often distinguished from the sensation or experience of meaning in life. For example, if a hypothetical Mother Teresa were to sense or experience her life as meaningless (because, say, she was a perfectionist and felt she should have saved many more lives than she did), we might disagree and think that she evaluated the meaningfulness of her life wrongly. We may hold that Mother Teresa’s life was in fact meaningful, even if we accept that it is true that she didn’t experience her life as such.

If we accept the above, then there is more to a meaningful life than just a sensation or an experience.

Schnell also notes that women tend to be, on average, more religious than men and more inclined towards spirituality (both religious and non-religious). Religion and spirituality can also be, of course, sources for meaning in life.

How are these differences to be explained? Schnell thinks that answering this question requires much more research and work, but tentatively presents various possible explanations that have to do both with nurture and with nature. Among other options, she mentions education, socialization, the division of labor (for example, on average women care for children more than men do), gender roles, stereotypes, and internalized stereotypes, as well as average differences in hormone levels.

It may be interesting for future research to examine whether these findings are culture-specific. Will results differ in cultures and sub-cultures in which education and gender roles are not similar to those Schnell and others examined? Do the sources of sensed meaning for women and men differ between religious and non-religious societies, poor and rich societies, more egalitarian and less egalitarian societies, etc.?

Although this should still be tested more thoroughly, there are good reasons to believe that people’s experiences of meaning in life are strongly influenced by conventions, stereotypes, ideologies, and culture in general. This should lead us to think more about ways in which our conventions, ideologies, and cultures enhance or, on the contrary, undermine our experience of meaning in life. Sometimes people who experience life as insufficiently meaningful should examine whether the cultural ideology or norms they adopted lead them to experience life so.